In the discount bin…

Okay, not once, but TWICE now I’ve found autographed comics at Half Price books..and both times they’ve been…well, half price. Now I know comic book autographs aren’t going to make the down payment on a house…but seriously, Brian Michael Bendis is like, the biggest person in comics today! Joe Quesada? Head of Marvel comics and the man responsible for grinding their quality into the ground with event after event, not to mention”Brand New Day”?I mean, I could understand it it was autographed copies of Violent Blue…but these guys are both SOMEBODY in the business.

Someone at Half Price books isn’t paying close enough attention. 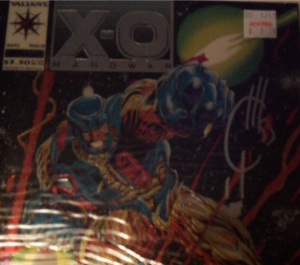