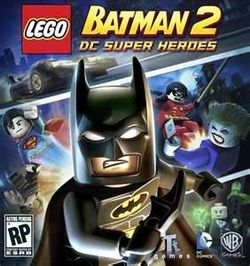 just like to say, I’m SO digging Lego Batman 2. I like these characters and I think the lego ideas are fun and you KNOW it’s one of the games Steve and Chloe are playing over at the Violent Blue comic strip, but my main beef with the Lego games was that there wern’t NEARLY enough save points. I don’t usually have 40 minuets to sit and play through a level before I get my next save point. That was killing me with the first Lego Batman game and they’ve really fixed that this time around.

This one has an interesting feature, certian objects can only be manipulated by certian characters. Perhaps you can only pick this thing up with a power ring, or only move through these ducts if your are an acrobat. It works well and really helps showcase the vast aray of DC superheros available in this game.