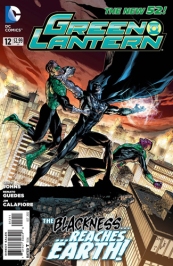 You know what? Green Lantern just pisses me right off. I did catch up on the series, and it started off alright. It actually has had some great moments and I was kind of excited for the return of Black Hand, but then we fall right back into this mulit-colored lantern corps dreck. I don’t care about any color lantern but green and that’s really what I’m waiting for.  On the plus side though, Hal is slowly beginning to feel more and more familiar to me again. I guess after seven or eight years, he ought to be. 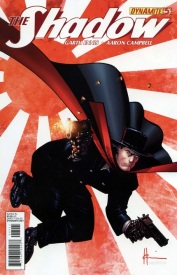 I’m glad I’m still with the Shadow. Issue five has a lot more of what I really like about the character, though I’d still prefer to see him back in New York. A lot of action and atmosphere in this one. I think however, the most exciting part of this issue was the advertisement for “Masks” – Dynamites crossover event using all these Golden age pulp heroes like the Green Hornet, the Shadow and the Spider. I’m going to be all over this series. The Shadow / Doc Savage crossover from DC in the 90’s was a bit disappointing, and I’ve never gotten my hands on the Shadow / Ghost one from Dark Horse. It seems like a tough sell, crossing over the Shadow….well actually, it’s an easy SELL, but rather a tough thing to execute correctly. Still, with an Alex Ross fully painted first issue… you just can’t go wrong here. 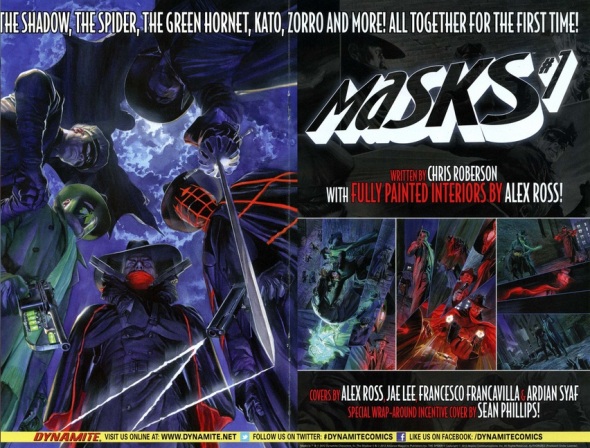 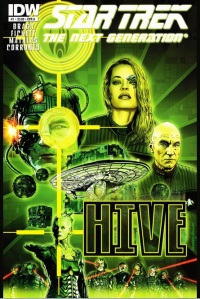 My first impressions of the New Star Trek : The Next Generation series is overwhelmingly positive. I love that it’s the Borg, and I love that it’s TNG movie period – in fact it’s post-movie period. Riker is captain of the Titan and Data is still dead. I’ve always believed that this is the best period to focus on because there’s so little material for it. I always believed the same of the original series. It was one of the reasons I enjoyed DC’s comic series and one of the reasons I think the current IDW series focusing on the tangent universe is an extremely good idea.

The only problem I see with the Star Trek : Hive series is the feeling I’ve seen it all before. The first issue is half “Scorpion” from Voyager and “The Worst of Both Worlds” from the DC TNG run. I’m hoping I get more out of the rest of the series. Still, it’s nice to be back in the TNG movie period and I’m definitely following this run. 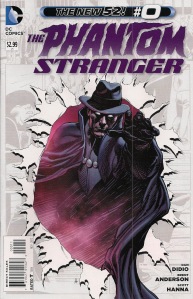 Finally, I dipped my toe once again into DC’s zero issues. Why do I keep doing this to myself? Seriously. Why? I picked up Phantom Stranger, and get this : It’s an origin story.

See, the thing about the Phantom stranger, especially in the modern age is his mystery. We’re not sure where he came from or why he is what he is. That is a huge component of the characters mythos and appeal. Not only do we get a clear-cut, well defined origin for him, we also get one for the Spectre. DC! Pay attention! Not every question requires an answer! To Quote Neil Gaimen from one of his Sandman stories “I keep TELLING you: It’s the MYSTERY that endures, NOT the explanation.  A good mystery can last for EVER. The mysterious corpse has a magic all its own. Nobody really CARES who-done-it. They’ll peck you to pieces if you tell them” And that DC, is why I keep kevetching. That’s what you’ve messed up, and if you keep messing this kind of elementary stuff up, the fans and I will absolutely peck you to pieces. Someone, please wake up and revert us out of this new 52 nightmare.