Time for a top five list I think. The glut of comic book movies hasn’t slowed down yet, though the tone is changing (https://argocitycomics.wordpress.com/2012/10/29/the-future-of-comic-book-movies/) and I decided to think about who my favorite movie heros were. Not from DC, that’s way to narrow a playing field, even if you include the vertigo stuff. Marvel however, has been pushing out every possible character into this new movie universe of thiers, along with the unprecedented move of making it a definitively shared universe (as opposed to a suggested shared universe suchas the hints we get that movies like Soldier and Prometheus are in the same universe as Blade Runner or the tease in Predator 2 about being in the same universe with Aliens) with the Avengers. 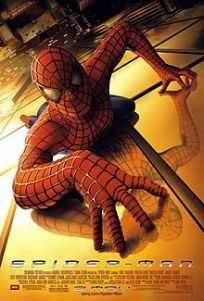 I was surprised to find a lot of these favorites would be mirrored by my favorite Marvel characters in general and quality of the films has little to do with it…..

Specifically the Rami version. There were some problems here, I never liked the idea that every villain had to be related to Spidey somehow and I wasn’t always fond of Tobeys Peter Parker – on the other hand it was a perfect 60’s-70-‘s Peter (i preferred the 80’s – 90’s versions) but he made a perfect Spidey and the suit was the best we’ve seen. Andrew Garfield makes a better Peter, but that’s about all he’s got going for him.

No real specific one. People like to drag Dolph Lundgren through the mud about this role and blame him largely for the failure of his Punisher film. I find that completely unfair, and pretty inaccurate. He dis a good job on the character in my opinion, probably a better job that  Ray Stevenson even. Really, I actually like all the actors to play this character equally, though if I had to pick one, it would be Thomas Jane simply because he had a better story to be in…..but that’s another whole blog post.

This character is one I really enjoy DESPITE the movies. I’m not a fan of these films because there’s so little we see of Iron Man in the suit. I’ve complained endlessly about this elsewhere so i don’t need to rehash it here. On the other hand, Robert Downey Jr. inhabits the role. He’s perfect in it and actually, I think Avengers was this Iron Man’s finest hour. The character looks great on screen, and they consistently get him right. I just wish his solo movies were better. 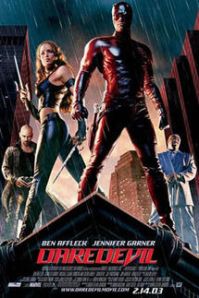 I think i’m one of the only people who actually like this movie. I really do, it’s on par with Tim Burton’s Batman to me. It has a similar feel, definitely a first movie, an introduction without getting mired down in an origin story. There’s a fascinating arch wit the character and they keep the tone dark and dirty as the best Daredevil comics are. Sure you can pan it because it’s an Affleck movie, but really, we don’t see much of him in it. He’s always hidden behind glasses or a mask. He dosen’t ACT like Ben Affleck either, no (well, few) T-Shirts and his attitude is kept in check – it’s actually a performance for a change and not him just playing well, Ben Affleck.

Obvious right? Not so much. If you know me, you know I don’t actually like Wolverine. His appeal baffles me. The key here is Hugh Jackman. Jackman has mad this character accessible to me somehow. He turned him into someone I’m actually interested in and that’s no mean trick, especially considering I didn’t enjoy most of the X-Men movies, in fact I never even bothered with First Class. I still have no love for him in the comics, and really didn’t want to put him on this list. Surely someone like Cap or Nick Fury was more deserving right? But when I come down to it, I found I really do like Jackmans Wolverine more than most other Marvel movie heroes.

Time to get back to work on Violent Blue. You know, I suspect that the characters in the strip would have very different lists  than I do too…..something to think about.