Today We are starting on creating the nails for the pinhead makeup. This time around I want something more on my face than just a painted grid, I actually want the nails to come out of the skin, but first I have to create some nail shaped appliances. I figured

we would try to make it out of solid latex. I have an alternate method in mind, but it would involve rolling each nail one at a time and I’d rather have something that I could just create a mold for and squeeze them out a bunch at a time.  I’ve had so good luck lately creating latex prosthetics so I grabbed a nail that looked about the right size, then pressed an impression into clay. Then I poured latex into the impressions, dripping it in using the brush in the jar. It dosen’t matter if there’s some overlap, I can always trim the flash off later with a razor.

I could just wait all night for it to dry, but I keep a small hair dryer around just for this purpose. I use it frequently when I apply makeup, and this is pretty much the same thing. I’m also eager to see what the results would be and the heat could actually make it dry harder than simple air drying.

things have gotten hard and dry, I tried prying them out of the clay. It didn’t work, the latex is too flexible and would stretch when I tried to flex it out. I ended up trashing that first batch and startign from scratch again….but aroudn this time I was getting a bad feeling about using this method. Once I got the second set up and dried I grabbed a razor to try and cut the nails out. It worked better, but not as well as I had hoped.

Things were still too floppy, and I could see it as I cut them out. Those fears I had earlier were realized. Latex is just too flexible, it isn’t drying hard enough and I don’t have the resources to compress it. This isn’t going to work. I’m going have to go with plan B.

But not tonight. Tonight I’m going to go read some Violent Blue to cheer up. 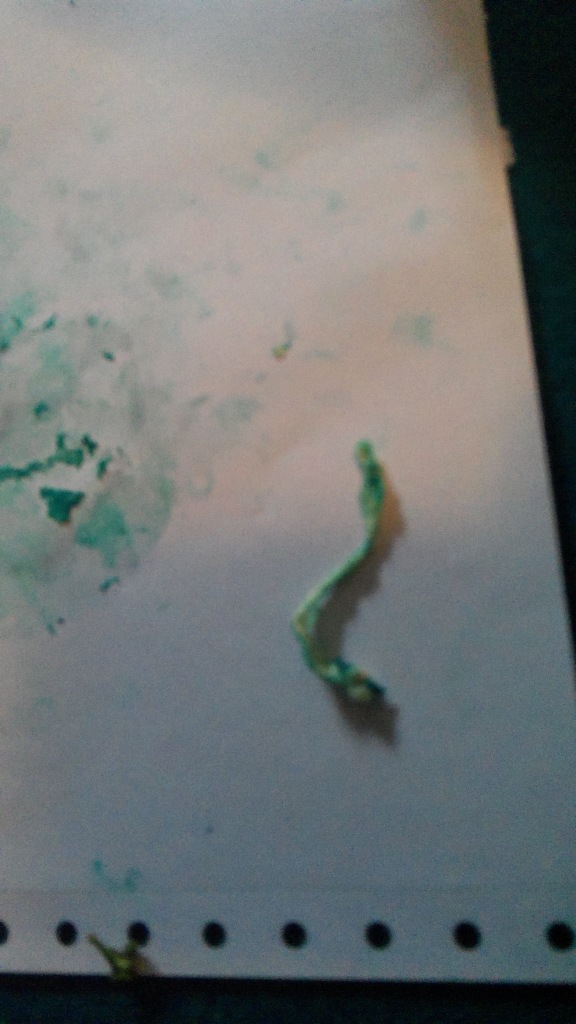