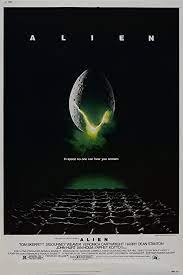 I left Cinema Wasteland a little early on Friday night. I hate to cut out on the party early like that, but there was something special going on . The Apollo Theatre was screening the director’s cut of Alien.

I really miss the days when ships were dirty. When they were cramped and rusty and full of weird parts. Today ships are too clean. Even Prometheus, which cribbed a bunch of the visual style from Alien, was far to clean with holographic displays and smooth panels. This was a far more visually interesting ship and seeing it on the big screen lends so much more to it- you can see the hand written notes stuck to screens, you can see the Waylan name on the beer cans and the photos of family and pets. This was so cool to see at the theatre. The director’s cut is interesting. I’m not really convinced it adds anything to the movie, but it doesn’t really drag it down. I’ve seen a virtual directors cut with every bit of available footage added back in….and that DOES drag, but it’s a lot of fun to spend three hours on the Nostromo. It wouldn’t have worked in the theatre though. Not like this.

The interesting thing about going to see this in the theatre – Oberlin is a college town. The theatre was packed with college students, and it was obvious that most of them had never seen this before (I  personally find that unthinkable, but the evidence  overwhelms me). It was fascinating to see them react to the movie for the first time. It gave an added joy to seeing this on the big screen and made it that much more memorable. Determinately worth slipping out of Wasteland.

By the way, I ran into the Cleveland Cinema’s Late Shift guys at Wasteland and noticed there’s a screening of Kubrick’s The Shining coming up on the 20th! I may just have to hit that next!