I do believe Julie Newmar is my favorite Catwoman. I liked Michelle Pffiefer, but her Catwoman was definitely a Tim Burton creation and not at all a reflection of anything in the comics. Anne Hathaway kind of captures that not-quite-a-villian feel, but really, she’s just to…nice.

We don’t talk about Hallie Berry.

There were of course, other Catwomen in the Batman TV series, but they were all imitations of Julie Newmar. She did it first and best and I’m thrilled to have her autograph! 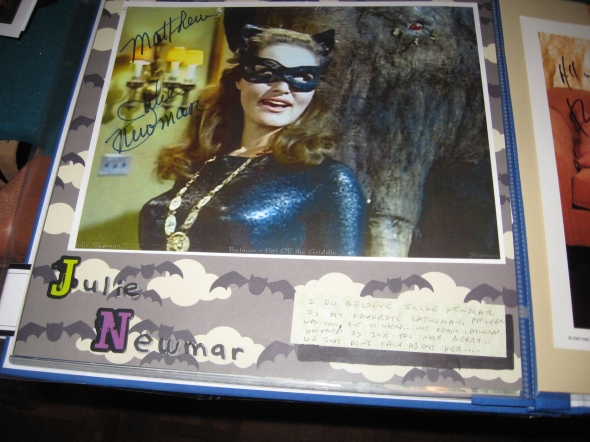