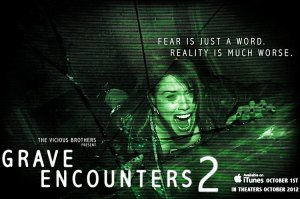 A while back we talked about Grave Encounters 2 (https://argocitycomics.wordpress.com/2013/02/28/grave-encounters-2/) and by extension the previous film Grave Encounters.

Found footage really isn’t new, The Blair Witch Project pretty much created the genre and Paranormal Activity has made it profitable, grabbing the attention of other studios, indie and big boys alike. Especially in the digital age, it’s much like the zombie movie. Anyone 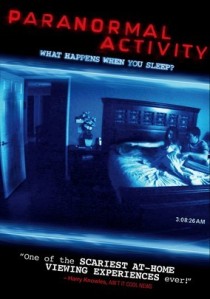 with a handheld camera and a little bit of creativity can create one .

I’m not really a fan of Paranormal Activity. Of the modern found footage films, I think Grave encounters is one of the best. It’s certianaly the one I judge against. That’s why I’m looking at the set of movies I’ve got today. These all are done in the same vein, some almost directly coping the film itself.

We’ll start off with “The Tapes”. This movie tries to exploit the whole reality tv genre, much like Grave Encoutners. Of course, these guys aren’t actually looking for ghosts, they are investigating an alleged sex cult. What they find is a Satanic coven and hilarity ensues.

The movie would be far better if I could actually get behind  some of these characters, but they are all just 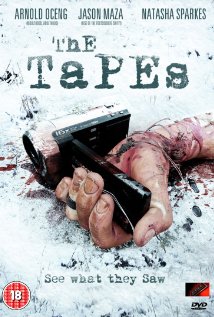 completely unlikable and you really kind of root for them to get hacked up. The gore doesn’t disappoint, and if you are into occult movies, I suppose this is a fun way of getting your fix…if you can keep you popcorn down.

This is the first movie to ever give me motion sickness. I got hit really bad, surprising since shakeycam doesn’t usually do that to me. All in all, this one is really a pass.

Next up is “The Asylum Tapes”. Also goes by the name “Greystone Park” This movie is noteworthy because it’s the directorial debut of Oliver Stone’s son. After watching it however, I really hope he can just be content with being a trust fund baby and not unleash anymore of this on the unsuspecting public.

Okay, perhaps I’m being unnecessarily harsh. Really, this is not the genre for what he was trying to do. This film is pretentious, and more than a little artsy. It has SOME interesting concepts and some great lines…and all of them are more than this kind of movie deserves.

We have the main characters breaking into an abandoned insane asylum, pretty much just for kicks, but there seems to be a kind-of idea floating around that maybe they could make a movie out of this… The filmmaking aspect of the story however feels completly secondary. And afterthought, nothing more.

I think I would have forgiven more if this had been a straightforward cinematic style. When you go shakeycam, you live and die by it, in the plain realism of it. These guys wax philosophical, and jump in and out of first person POV to wide shots and quick cuts of scary images. The idea is to build atmosphere, but all it ends up doing is take me straight out of the movie. I can’t suspend my disbelief so easily when you jump styles like that. This just doesn’t work as a found footage movie. When we do have the shakycam going it was another one that made me sick to my stomach, but interestingly enough it would frequently be just….TOO good. Perfectly framed shots lit for the sheer soul of it……again, a found footage film just isn’t the place for this. It makes me wonder why they choose this form of storytelling in the f

The final nail in the coffin for this movie is the lack of monsters or any real threat. It’s all poorly constructed atmosphere, a few quick and simple scares but nothing significant. We get one evil shadow for about three seconds and a brief flash of the girl on the cover – that’s right : she’s not the main antagonist and is hardly in the film. Funny, marketing seemed to figure out what this movie needed far more than the filmmakers. Oh, and don’t read too much into the inspired by true events stuff. Essentially the “true events” there is Sean Stone and a buddy exploring an allegedly haunted place one night and feeling unnerved. Sure. Whatever. Did I use the word “pretentious” yet?

Seriously, this movie reeks of it. From the beginning scene (which we cut back to occasionally) of the family and guests  having a deeeeeep discussion around the family hooka (seriously) to the final shots of Oliver stone tipping his hat to the camera as his shadow walks away from him, this movie doesn’t earn any of it and it just kind of pisses me off.

I want to do a quick shout out to “The Amityville Haunting”. It’s a watered down Amityville Horror done in found footage style.  This one is a real shame. It’s not bad, It’s really not, but if it had been give just a little more time and a little more money, this really could have been a great film- it could have rivaled Paranormal Activity and built on the power of the name. As it is, this movie is really just a cash grab trying to capitalize on that name alone and the popularity of the genre. There are scenes copied right out of Paranormal Activity and that’s a real shame. The ghosts are uninspired and not scary looking enough. The writer obviously knew a bit about the original story and throws in a number of great references, it’s kind of like the later Hellraiser movies – you can see some people really trying to create something here, but they just don’t have the time or money or support of the studio who just wants to keep pushing out product, not matter how good or bad it is. A real shame and a real lost opportunity.

Finally, we have “The Speak”.  Like The Asylum Tapes, this is a groups of people exploring a haunted site, in this case an abandoned hotel in the middle of the city (not isolated or tucked away like the other movies we’ve been talking about). Of the bunch, this is probably the most like “Grave Encounters” in that these guys are trying to create a “Ghost Hunters” kind of show. Once inside, they preform a ritual called “The Speak” which is designed to open the door to the spirit world and let the ghosts in.

Really, this is the best of the bunch I watched

here. It has an interesting style in that it is billed as one continuous shot through the entire hour and a half film. First and foremost let me just poke a couple of holes in this claim, because I was really excited to check this out. There is at least one sequence late in teh movie that is a cut, but possibly it’s just an insert….they cut to footage they are watching on a camera, then back to the characters in the movie.  There are at least two other moments that could he bidden cuts in the film. The last minuet or two of the movie are cut normally, but that may not count as it not necessarily supposed to be that first person POV anymore. So yeah, not a TRUE one take deal, but close enough that it’s still impressive what they did here.

You have to keep this in mind too. We get some pretty good performances from these actors considering it’s basically one long take. I spent twenty years on stage, and I get how hard that can be in of itself, but you got to understand this is WAY more complex than theater. You’re performance is constant, going up stairs different floors different rooms, up on the roof, the scope of the blocking and choreography in this film is staggering. It makes what might otherwise be considered average performances shine a lot brighter.

I liked this one. Good monsters and possession, incredibly creepy atmosphere (far creepier than Greystone Park and with fewer resources- imagine that) good ideas, and really a genuinely well done film. It’s definitely worth a rental, though it might not really be a buy. If I have this on my shelf next to Grave Encounters, I’m still going with Grave Encounters, but of the lot, this comes the closest and works the best by far.

Okay. I’m sufficiently creeped out for the night. I think I’ll read some Violent Blue to clear my head before hitting the sack. Happy nightmares everyone!