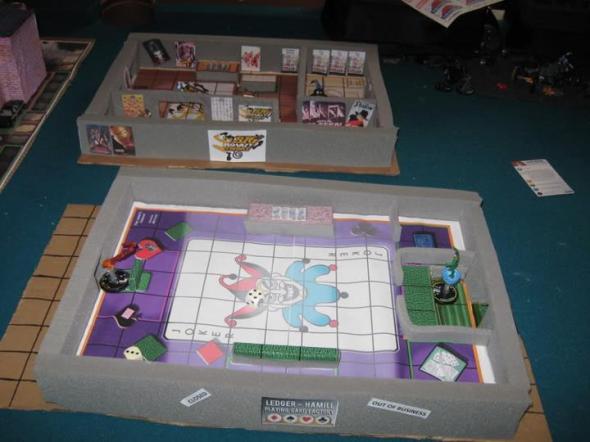 Ages ago when I was first creating Heroclix maps, on of the first ones I ever did was this half size Joker’s Hideout map that I got from The Absorbsacon’s site. I did a couple from there and really liked them. 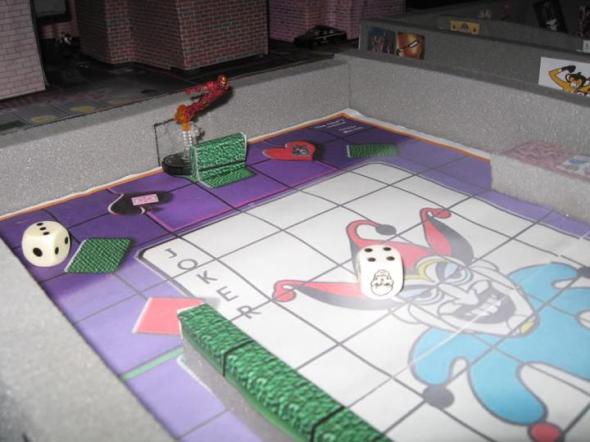 Time passed, I was more busy with Violent Blue, not playing as much and I put the map away. Then, not too long ago I went down to grab it to setup a huge HC world, and it had vanished. I ended up rebuilding it, with some new touches.

First we start with the base. Layer two pieces of foam for height (we’ll need that height when we do the stairs)
Cut notches on one side which will be the front stairs. The back end is layered a bit to fit the second half of the base more tightly.

With the base created, we next need to glue the actual print out of the map on to the

top of that foam surface.
Let the edges hang over a bit a cut two lines in  those stairs. We’ll trim that back in a while. In the front, we fold the stairs a couple of times to give a staggered look.
The next step will be to glue the sides on the bottom and under the edges.

Pinch the corners so they overlap and

support each other. These are made out of card stock and printed on both sides.

I  also printed out a second set of stairs because once folded, we’ll need just a bit more length. That’s one long piece of paper glued under the unit. Finally, glue the whole thing on a base (can be cardboard, I used some thin foam).
I added some columns to hide

the seams, and a few extras to complete the look. The columns are all mis-matched, which is perfectly appropriate for the Joker. More 3d elements than previously, and the walls are now brick, with purple painted brick inside. It’s set to look like they just moved in and painted the bare walls. 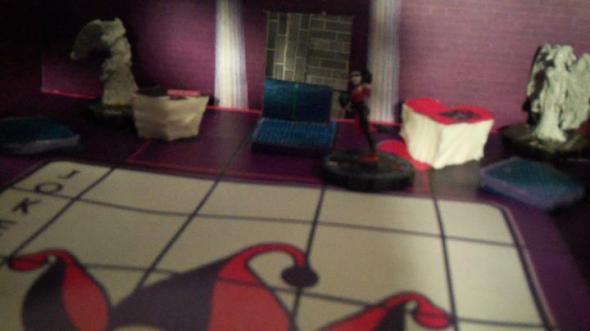 Yes those ARE Weeping Angels behind Harley there…..(customs I made) 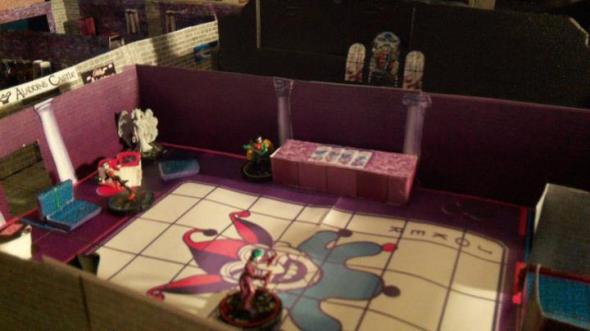 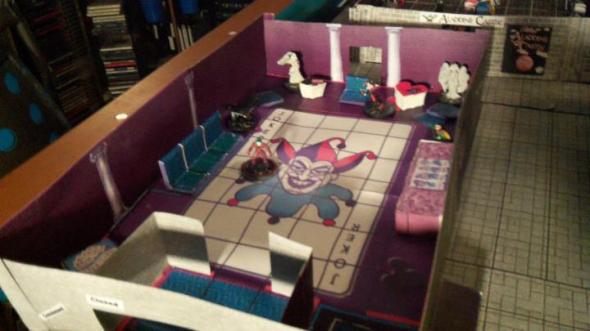