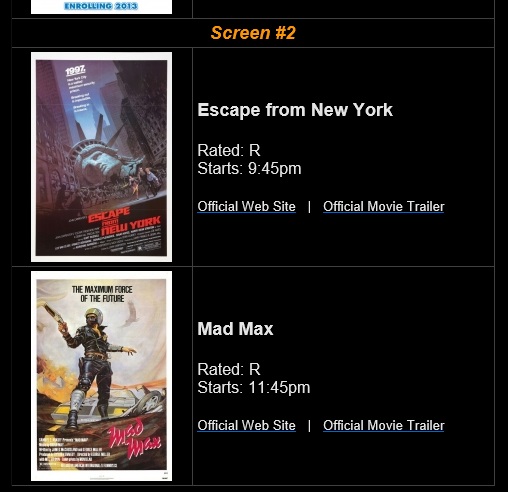 Tonight at the Aut-O-Rama drive in theatre in North Ridgeville, sci-fi double feature of Escape from New York and Mad Max. Even at $9.00 this is a great deal. Come out and join me! Look for the little red Honda!

Remember back in April when I attended Shinboku Con?

This weekend I headed out to Herophoria. It’s put on by the same folks.  This was meant to be a more comic themed convention – and a mini- con at that lasting only one day.

It’s the first year for this show and you can forgive a lot because of that.

Like Shinboku, they tried to have a lot of different stations. You entered the venue- the local college gym through an innocuous looking set of doors. I’m not familiar with the PE section of LCCC, so it took me a while to find it. Registration is right past the doors and halfway between the two sections of

the con. There were video games and Anime screenings in the rooms down one hall, then, if you headed the opposite direction, you’d find the cosplay area and stage (presumably where they had hoped to have panels – but those seemed to have fallen through) and further down, the main Gym area with vendors and table top gaming, along with a room dominated by a large wrestling ring.

The vendors  selection was severly lacking. I remember this being my main complaint about Shinbokucon, and here it was even more sparse. I know that they definitely had at least one, maybe more

cancellations and that can’t have helped matters any. The local businesses were nicely represented though, I saw Scott from Comics are Go! (where I usually play heroclix) had a nice large space to vend.

Among the games that were demoing were the Munchkin card game along with Injustice and Marvel vs. Capcom in the video game room. I’ve seen both in action but it was really cool to see them projected on to huge screens while being played. The game room was friendly and everyone offered to let me

play, but I’m really not that great at games and am really content to watch. That and the fact that I can’t actually sit in my Iron Man costume. Still, it was a great place to kill time between the cosplay contest and the Heroclix tournament.

The cosplay tournament in particular was a great deal of fun. I got to meet a few people I know online from Pop! the comic club and that was really nice. Some cosplay contests can get really competitive, but this one was remarkably friendly. My Iron Man costume is incredibly hot and I have NO dexterity in

those gloves. I can’t pick something up, open my wallet or even scratch an itch (Lady Wolverine was nice enough to scratch my nose for me….with her claws….). My sunglasses kept sliding off….until the finally flew off my face and smashed on the ground, popping a lens out. Bane immediately grabbed them for me, slid the lens in and put them back on my face. Way beyond the call of duty, especially considering that I was a stranger.  Everyone was supportive and really seemed to want each other to win.  As the contest was starting, I saw all the guys from the Heroclix table filing in to support me and vote for me (they were measuring applause).  That absolutely made my day.

In the end, I took third place, losing out to a group of Sailor Scouts and a great looking Spawn. Seriously, I’ve really  got no argument with that! 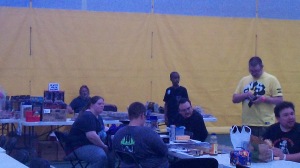 Iron Man costume – I’m pretty sure I lost twenty pounds in that thing – then returned for the Heroclix tournament. I had play tested my team at Keiths Comics in Elyria a few days prior, but that was a normal game. This was a con tourney. I lost. Not only did I lose, I lost epic. Shakespeare could write plays about the tragedy that was my team. On the other hand, I’m really glad I didn’t have to play that Master Mold and Sentinel team. Yikes.

As I previously mentioned, a good chunk of the gym was taken up by a large wrestling ring where the guys of the MCW fought it out. Of course, this being a comic book con, they did things a little diffrently. Most of the guys came out dressed as heroes! I saw a Green lantern and Ghostbusters. Wolverine came out and the heel wouldn’t fight so they set up a bet – if the heel lost, he had to dress up in a costume too. That costume ended up being a Supergirl outfit that he had to

Okay, I gotta admit, I have NEVER enjoyed wrestling. It’s just not my thing, but this was a great way of doing it and it’s a cool thing for a convention to try and do. It’s uncommon, and I applaud the innovation. The costumes made it a lot more fun for me to watch in between Heroclix matches. The absolute best bit was a wrestling match between Donkey Kong and Princess Peach where the ref was dressed as a giant banana. After she won the match, Princes Peach was kidnapped by Waluigi and Wario and spirited

off. Later on Mario and Luigi had to wrestle Wario and Waluigi to rescue her. They played the appropriate music and kept everyone in character. That was definitely fun.

With all that said, I have to admit; this thing could have been run a lot better.

The website didn’t give me nearly enough information- it says screenings but didn’t say anything about what or when. Guests weren’t really announced and no panel discussion topics were ever presented. (I suspect the panels were scrapped because they couldn’t get enough people involved) In fact, with this little info, I probably would have given this a pass if it hadn’t been in my neighborhood (ten minuet drive).  The Cosplay contest was late and kind of poorly run with no good method in place for judging winners, but  rather a series of eliminations. There also didn’t seem to be enough promotion, not enough people aware that this was going on. I definitely could have used a map of where we were in the college and where things were going to be. I also noticed the Injustice tournament went WICKED quick. A few more video game competitions may have helped.

The thing is, I don’t want to badmouth this con. Like I said, it was a first time for this kind of show and I can forgive most of this. You can see how hard these guys tried to put together a good con. This show has a lot of room to grow and a good deal of potential. I really do want to see where it goes from here and I’m very comfortable saying I’ll be back next year. 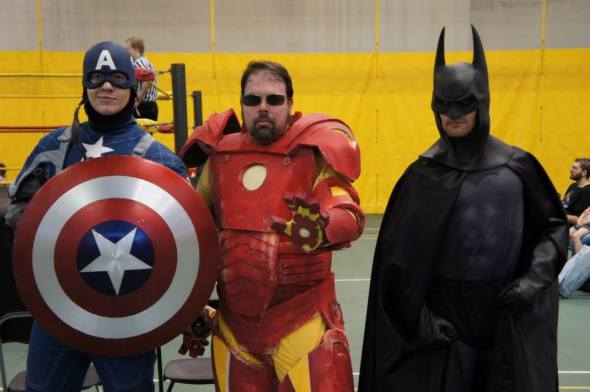 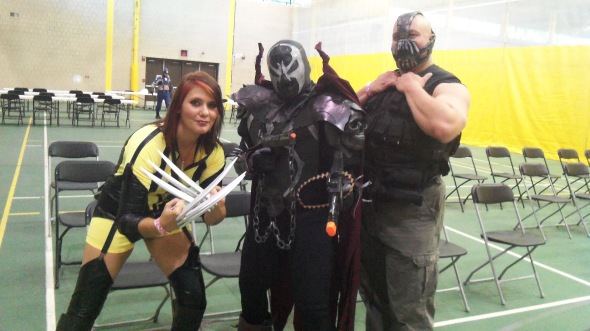 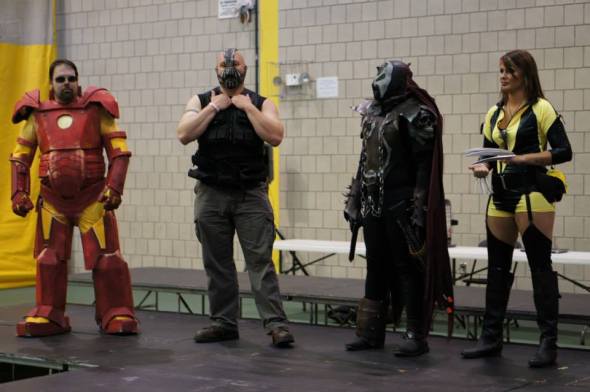