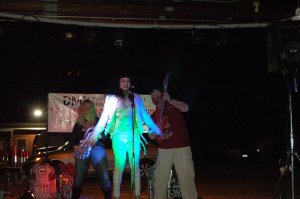 I had one of the busiest weekends imaginable. Friday night I was at the taping for the Daughter of Ghoul show. You’ll see me playing guitar behind Janet Decay in their Halloween episode. The next day I had band practice for Church in  the morning, the Lakewood Zombie walk in the afternoon ( to say nothing of the time spent getting made up in between the two), Heroclix at Comics Are Go! after that and the Shining over at the Lorain Palace in the evening (Which got cancelled! Booo!). Finally, on Sunday after Church I had a booth at the Pixels art show in Elyria. I set up the binder full of Violent Blue, along with the sample comics, my Novel and a few of the pop culture Bible studies I’ve done. there was also art that’s appeared on this site – something to catch the eye of passers by.

While at the booth, I also spent some time working on a pave for “Knight to Remember”, a series I’m doing for Angel Lite comics. I never seem to get any Violent Blue done at these things…. and really I find I don’t have much time for drawing when I’m at a show anyhow.

A quick apology for not promoting  these events up here. It’s been such a busy week both at work and with events like these. We’ll explore the Zombie walk later this week, but for now, here are the photos from the art show! 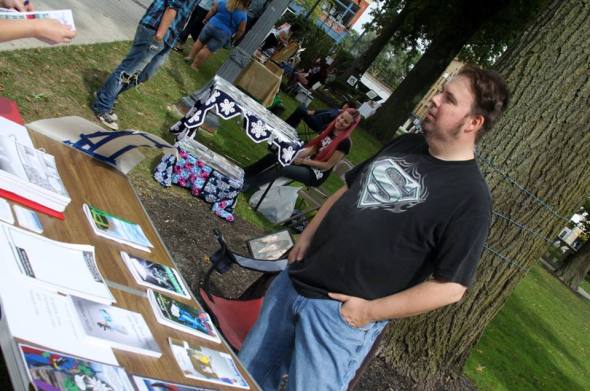 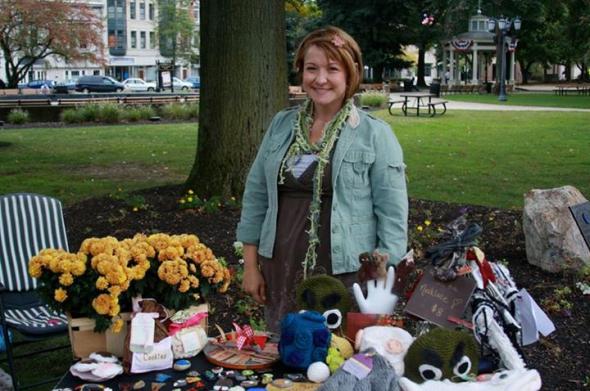 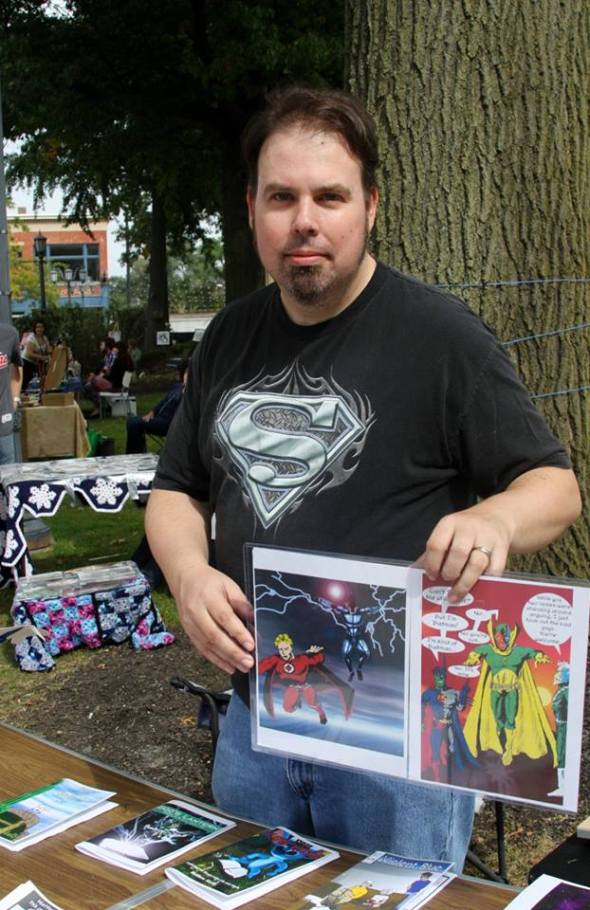 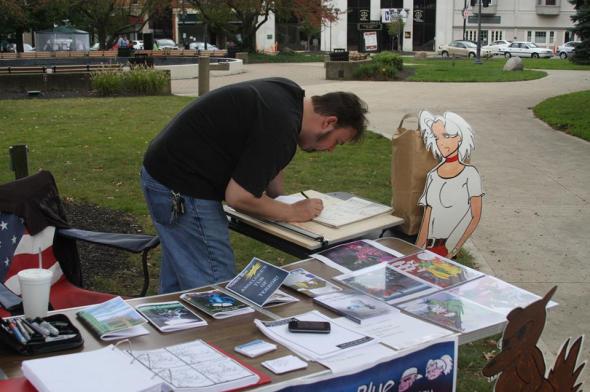 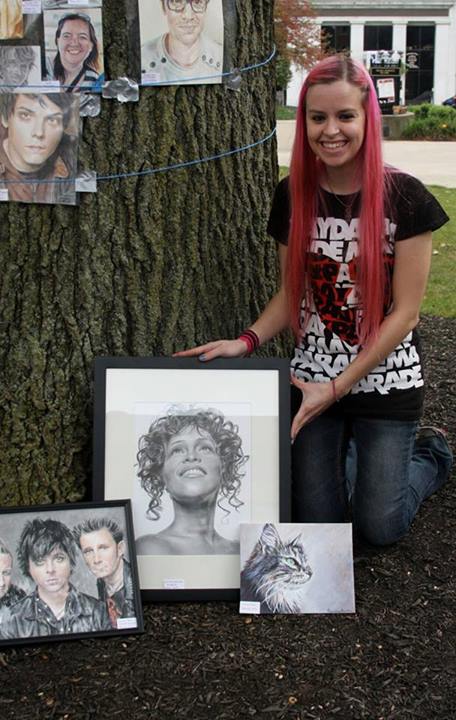 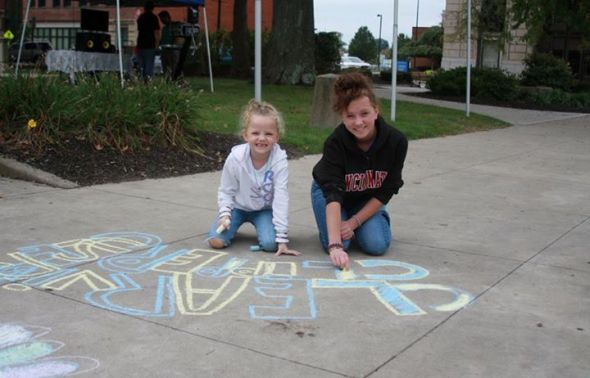 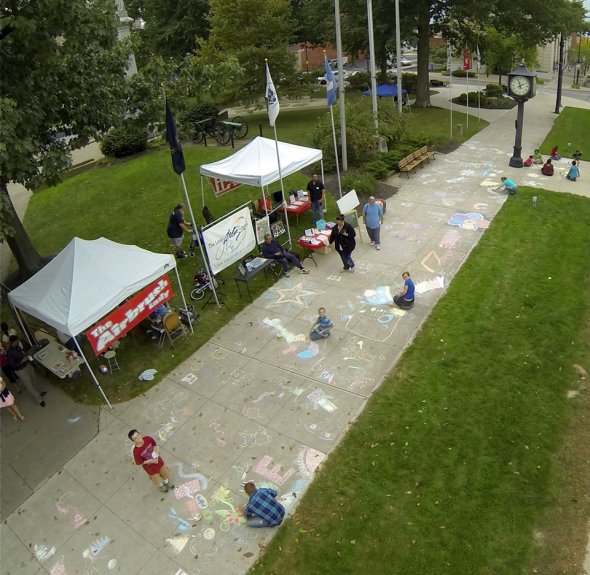 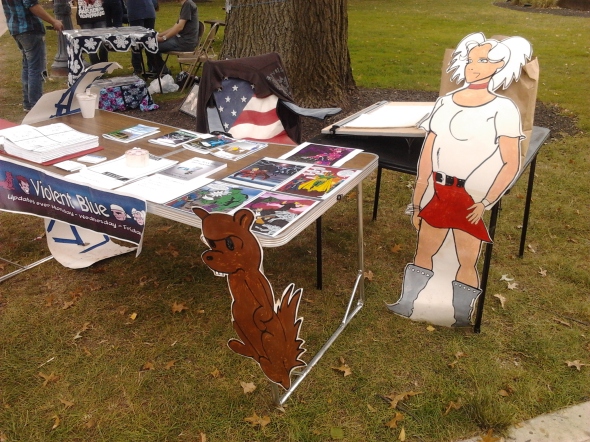 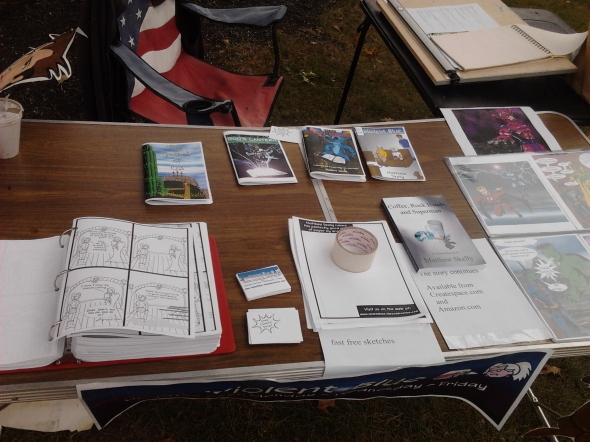 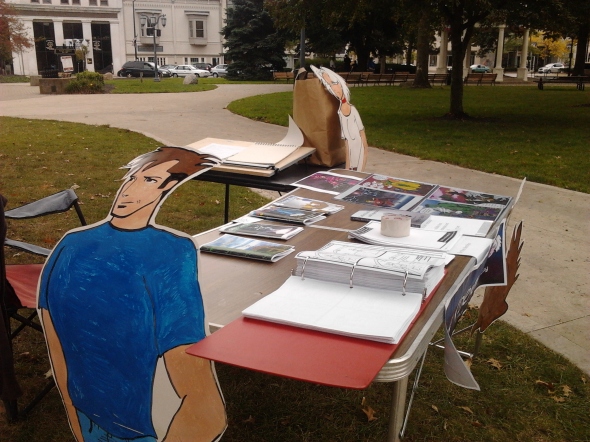 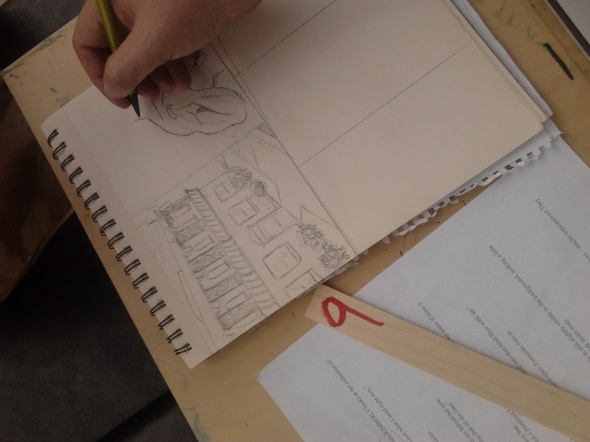 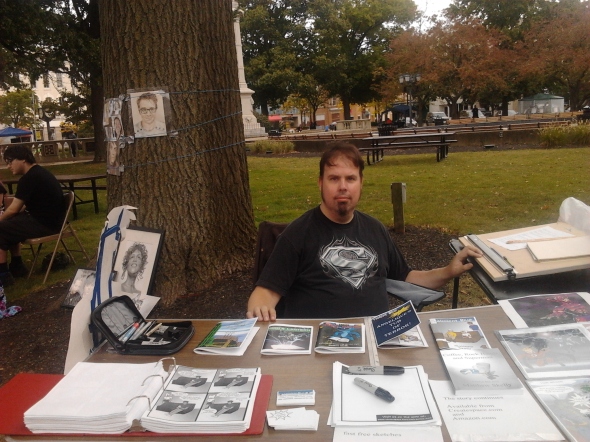 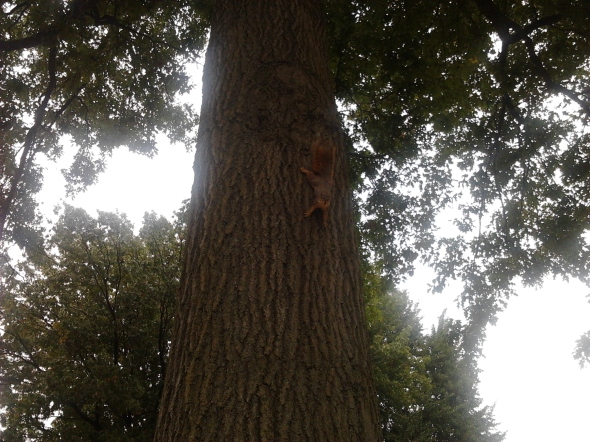 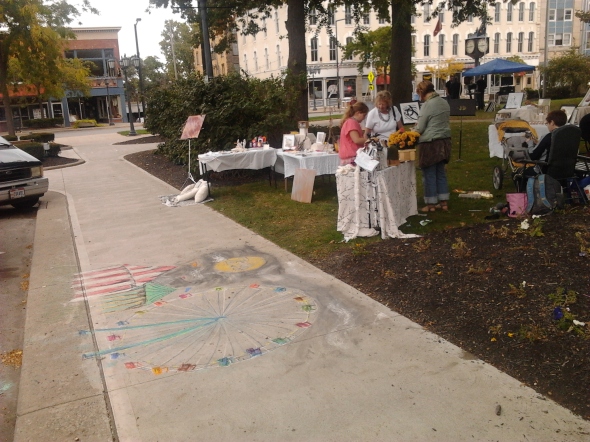