Oddly, Halloween of us is less about the actually Halloween night but none about the weekend before – all of our traditional activities seem to fall on the preceding Saturday, in this case last Sat.

Earlier in the month, I started off the season getting the front decorated. I’m appalled that the kids in the neighborhood recognize Michael Myers but not Jason Vorhees.

Every year I put up figures in front of the house on Halloween. Back when I was a child, I’d love this season because on the bus ride to school my friend Ethan Lydon and I would watch for the dummies an halloween decorations on the houses we passed and duck below the windows so the monsters wouldn’t see us. Now it’s my turn to put the monsters out…and watch the kids have fun being scared of them.

And next is my Halloween costume. I did have a party that needed a kid friendly costume – no horror, so I fell back on the trusty old Iron Man. I finally have a helmet for it as well.

I even found another Iron Man there!

But my main costume this year was going to be Freddy Kruger…and I wanted to do it from scratch. In the past I’ve bought the commercially available Freddy makeup, but just like I wanted to do an upgrade on my past Pinhead attempts last year, I also wanted to try and to Freddy “right”. 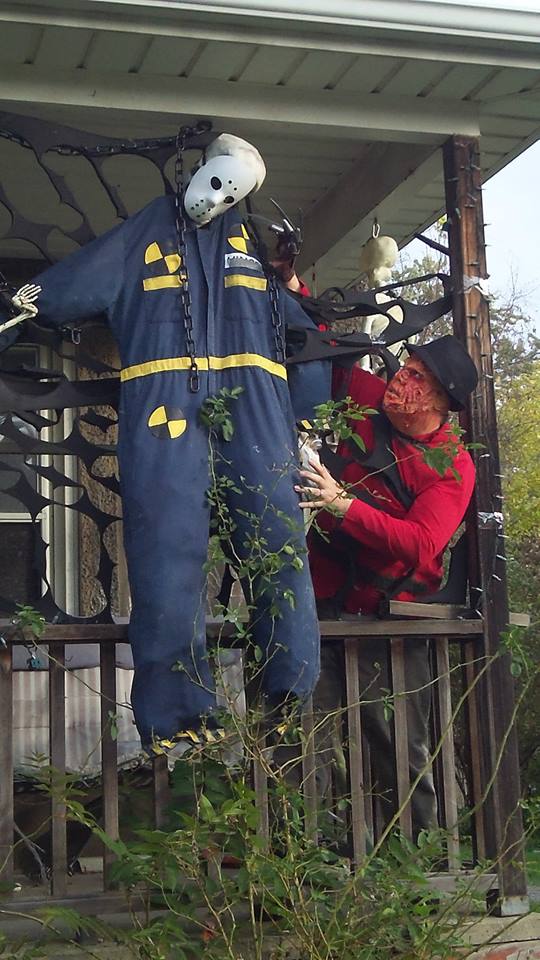 Of course while I was working on my makeup, Lydia was trying to decide what to be for Halloween……

Maddie was considering Wednesday Addams….she had the doll all set….

I got up early on Saturday morning, slipped into my makeup and Got Maddie ready to go! 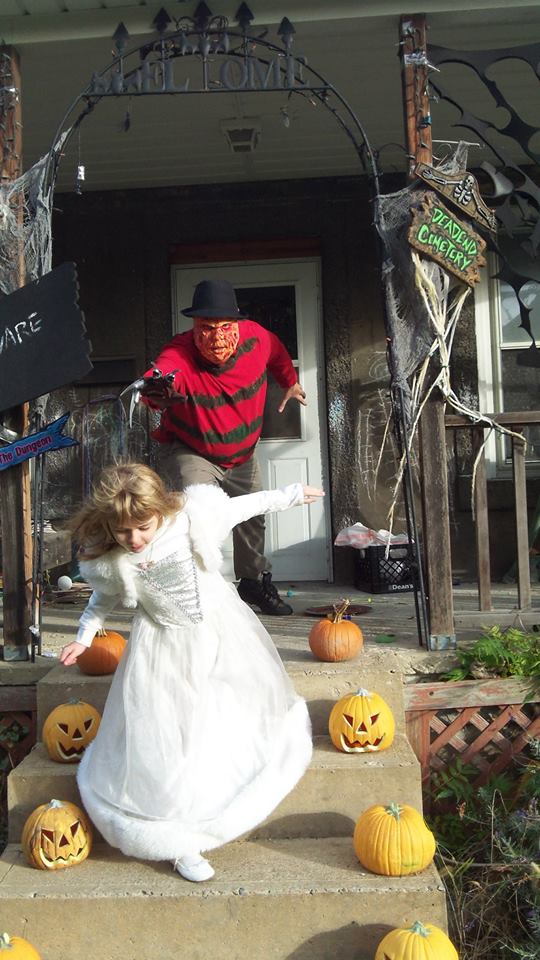 Lydia was at ballet so she missed our first two stops. We started off at the Nursing home where my Aunt lives. We always trick or Treat there and since Lyds couldn’t make it, we carried her bucket and Maddie got treats for her and Lydia. 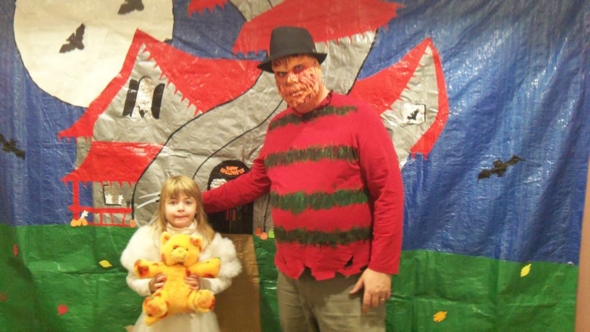 One of the residents had a dog there in a costume….maybe the best costume I saw this year!

We then headed out to Carol and John’s comic shop for Halloweenfest. This is similar to Free Comic Book day. The rule is that you have to wear a costume to get free books! You can choose up to 12. Maddie decided she was only going to pick six for herself and then use her remaining six selections to get Lydia books too.

They had a great little play are set up in the back with Night mare Before Christmas playing.

We swung back to the house and picked up Lydia and were joined by my parents to go trick or treating at the local Flea Market. Don’t underestimate this stop. The girls haul SO much candy and fun things away from here it’s amazing. 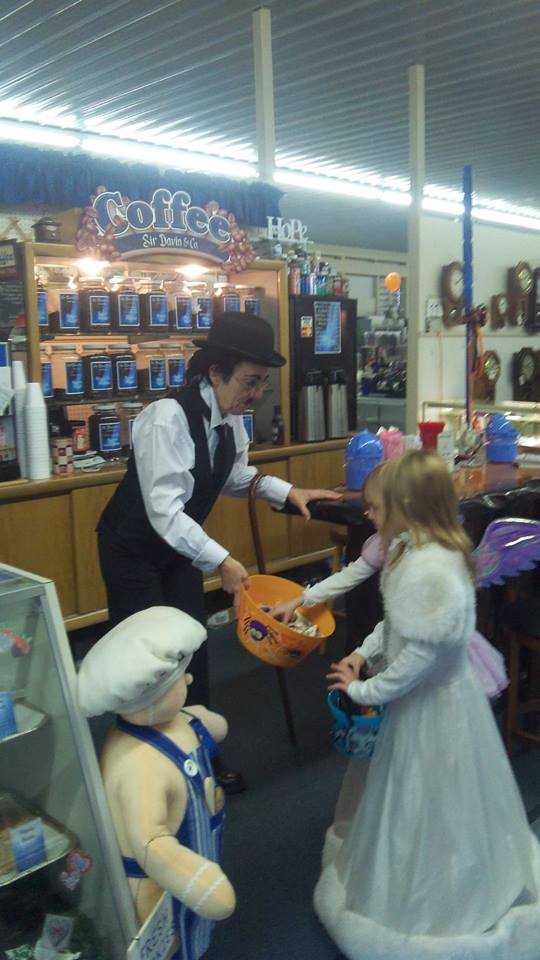 We actually made a quick trip out to Crocker Park as well, but the Trick or Treating had begun an hour earlier and almost everyone was out already! What a drag! We still found a few stores giving out candy and games to play, but over all, not worth it. We have to remember to get there earlier next year.

Finally back home to carve pumpkins. We had planned on hitting the Halloween walk at the Carlisle reservation (one of our favorite traditions) but it was just too cold and wet and we were all  tiered. Still, we managed to finish out pumpkins and get the jack-o-lanterns out on the porch! 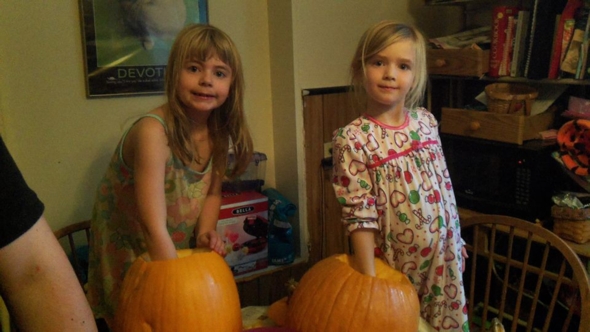 Finished the night with e Corpse Bride. A first time for the girls who love The Nightmare before Christmas.  We still have trick or treating proper on Halloween night, but this weekend was really our main Halloween festivities. How about you? What traditions do you all have out there?