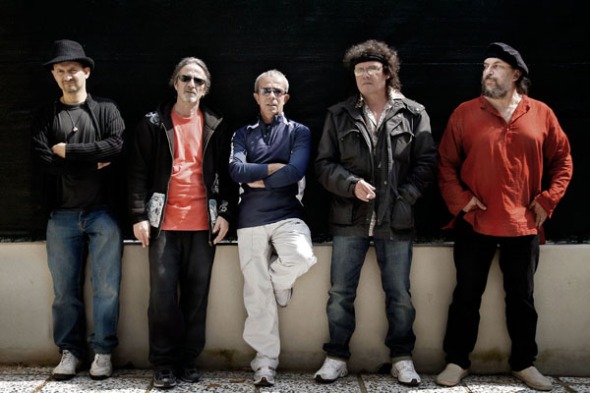 It’s hard to describe how exciting this was. It’s almost on par with going to see my favorite band…but rarer. Honestly, how often is Goblin going to show up in Cleveland? 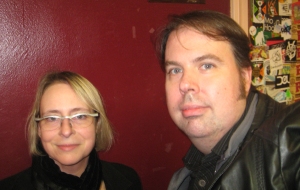 Goblin is of course the legendary band that scored so many of Dario Argento’s work, so much Giallo and Italian Horror from the 70’s and 80’s. They’ve never been to Cleveland before and I couldn’t think of anywhere else I’d rather be for than at this concert. I got there early for the meet and greet and got the three members who worked on it to sign my Dawn of the Dead poster (17 autographs and counting) along with a special commemorative poster specifically done up for the Beachland. The frontman Mossimo came out to shake hands and take pictures (“I expect to see these on facebook!” He said), the friendliest guy on the planet and just so happy to be there. They kicked us out shortly afterwards to set up for the opening act and I met up with my friend Jennifer for the show.

I wondered how much I’d recognize…they have their own music as well as the soundtrack scores they do, but almost every melody was familiar and it was exciting to see how they played these songs. Goblin is Prog Rock with a heavy synth influence…most rock bands have two guitarists. They have two keyboardists. A screen behind them showed scenes from Susperia, Dawn of the Dead, Tenebre and others as they played the music from them. Amazing to see it live. Some sounds I could have sworn were the keyboard were actually coming from the bass or the guitar.

The opening act, Zombi was good in of itself, with a similar feel to it. I was talking with one couple and the guy told me he liked Zombi themselves, but they’re kind of overshadowed by the fact that we’re here to see Goblin. I’d have to agree, though the opening act was enough to get me interested. I’ll be looking them up in the future, and I made sure they signed the gig poster as well!

I really can’t say enough good about the show, a really nice night all around and one I’ll remember every time I see a film with a Goblin soundtrack! 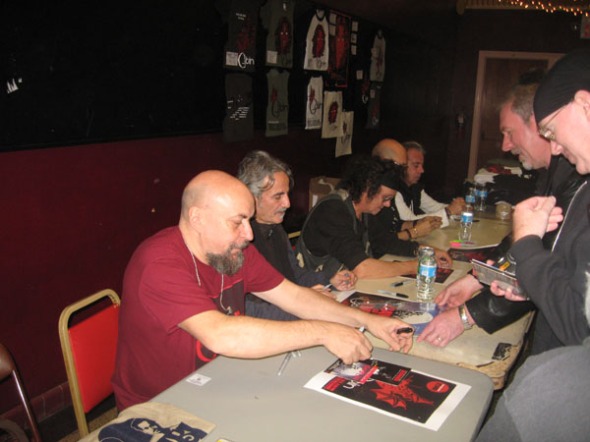 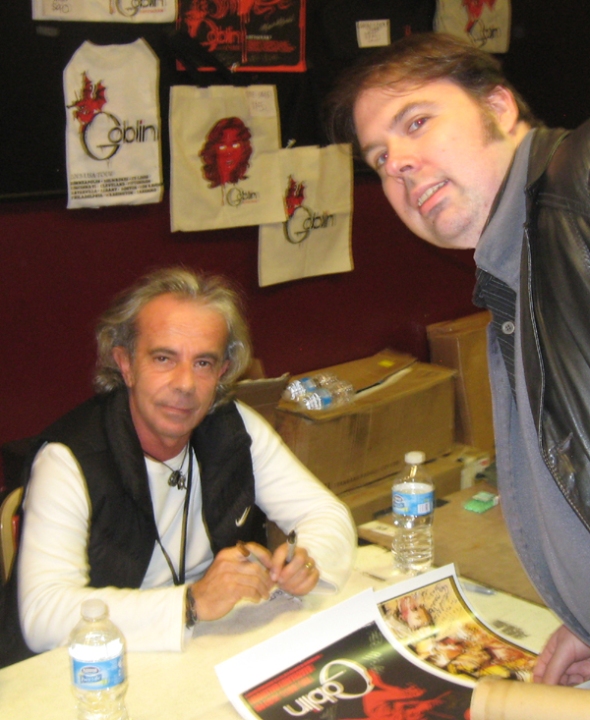 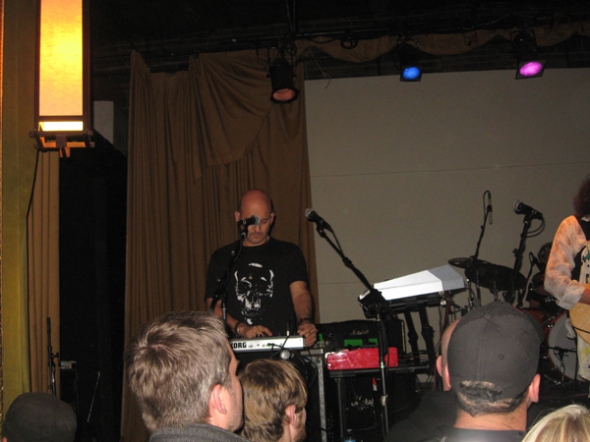 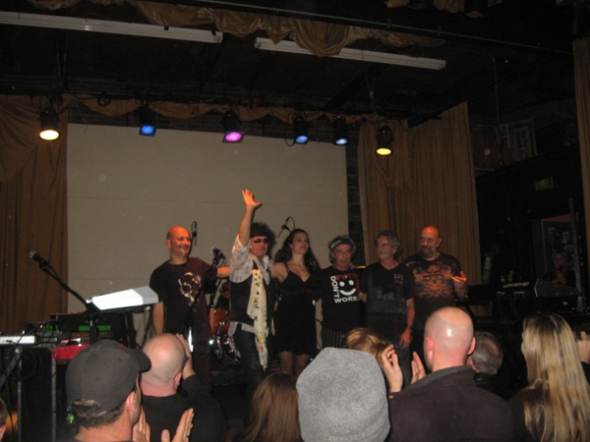