Maddie wanted a special game for the party. She wanted to do “Pin-The-Tail-on-The-PONY”, and because Daddy can draw anything she asked me to make it up for her. I told her that was fine but she would have to color it, then asked which pony she wanted. She asked for Princess Celestia.

Here it is, about two feet by two and a half, colored by Maddie! 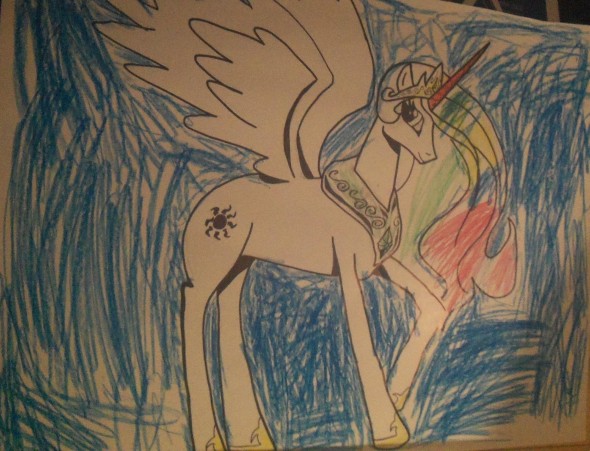