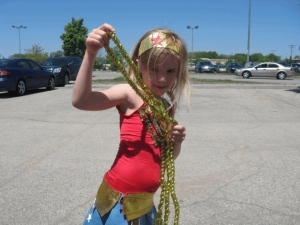 Last year  took Maddie to her first comicon….this one. I wanted to see if she’d like it and perhaps she’d talk it up a bit to her sister Lydia who would have to wait until the following year. Maddie took to the convention scene and has accompanied me to Akron Comicon as well, now it was Lydia’s turn.

Lake Effect is a great con to start out a kid on. It’s small, friendly and free, but has a full con experience with screenings, panels, comic professionals, 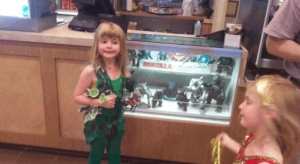 I wasn’t sure how Lydia would like it. Maddie enjoys superheros and monsters far more than her sister, very much Daddys girl, while Lydia is growing up more of a lady like her mother (and that’s a good thing). But she had asked me for a Wonder Woman costume a while back and I created one I really liked for her. She dove in and

before we even mad it into the theatre, we’d already been stopped for pictures three times.

Transor Z was recognized even less here than at FCBD. Not that surprising I suppose. Lake Effect draws a younger crowd and really, if you don’t know the Mazinger series, you automatically associate him with one of the later series he helped inspire, like Transformers or Voltron.

We started off our day with a screening of The Ghost and Mr. Chicken. The girls didn’t quite make it through though. Don Knotts was freaking Maddie out, so we hit the artist alley. A quick stop over at Marc Sumerak’s table so the girls could get some comic’s signed (He recently wrote a book for the Elyria Comic Book Initiative and they received them in school). Down the line Lydia had a lot of fun trying to capture Bob Ingersol.

The costume contest grows bigger each year. I lost to a spartan and he really deserved that win. All of the kids in teh under 13 constest won, which was nice. Lydia loved it. Ther was a great Star Wars robot in the 13-18 that won and the stunning Harley Quinn that my girls posed with won the Women’s! 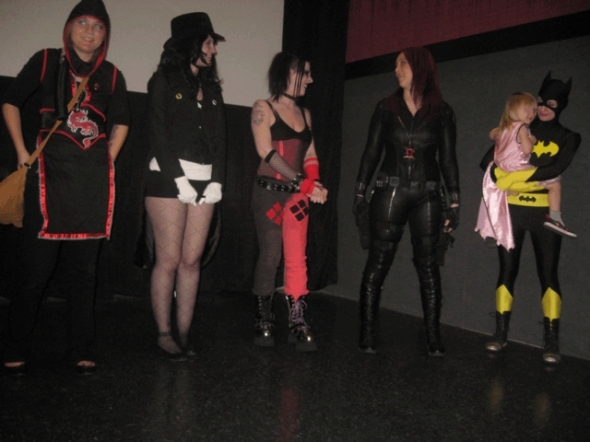 The Heroclix tournament was across the street in the Mall. Separate location, though technically still part of the con, so we walked, costumes an all through JC Penny’s and over to the comic shop to say hello to Sam, Jim and Eric. The girls were fascinated by the pieces and we took a walk through the store. They immediately found the Godzilla toys then went back out to watch the game.

Back to the convention to shop. Lydia found a perler beaded Wonder Woman logo and an Iceman figure. I was curious why she wanted the Iceman, I mean, they have played him in the X-Men vs Street Fighter game, but she never showed any real interest in him as a character. I figured it out later. He squirts water. She loves it.

The girls ended the day in the theater’s arcade. Both had a lot of fun an Lydia can’t wait for her next con.

For the most part, I experienced this convention through the eyes of my girls, and that’s fine. It’s actually an advantage because If I’d gone on my own, I might have been a little disappointed.

I’ve always said Lake Effect is a great place for deals. All the vendors bring their excess inventory to dump. I can usually find a bunch of .25 cent bins.  This time around there were two .50 cent boxes and that was it. (That’s not the cons fault really, and they always have some great vendors). The action figures were really good prices though. One of my friends walked away with a cratefull  for about $30.  I still loaded up on comics, scring 18 titles with some great silver age Avengers and a couple of All Star Squadron, not to mention some Iron Spider! The girls got to find some things too, and Lydia loves her purchases. The film selection was a little lacking this year as well. Little shop of Horrors (the original), some Faulty Towers and the aforementioned Ghost and Mr. Chicken. In the past they’ve done some interesting Anime, Big Trouble in Little China, Abbot and Costello meet Frankenstein and Spirited Away.  You can see why I wasn’t real thrilled with the screenings. However, with both girls in tow, I don’t think I would have made any of the movies even if they had better ones.

The Heroclix being separate was a bit of a pain, and next year, we probably won’t make the trip over. Finally, the guest list was okay, but no one I haven’t seen before. It’s disapointing, but not unexpected. It’s still a small show, but I watch it grow every year. I wouldn’t be surprised if in time it grew to the proportions of Akron Comicon. I do enjoy this convention and will be back next year. 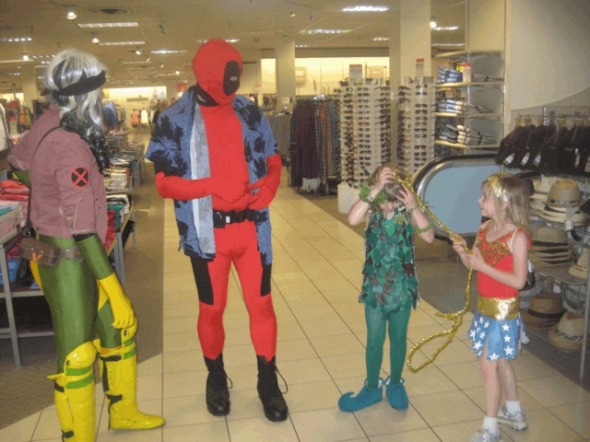 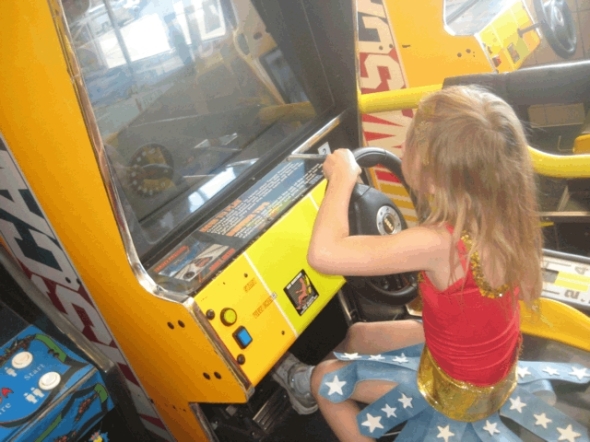 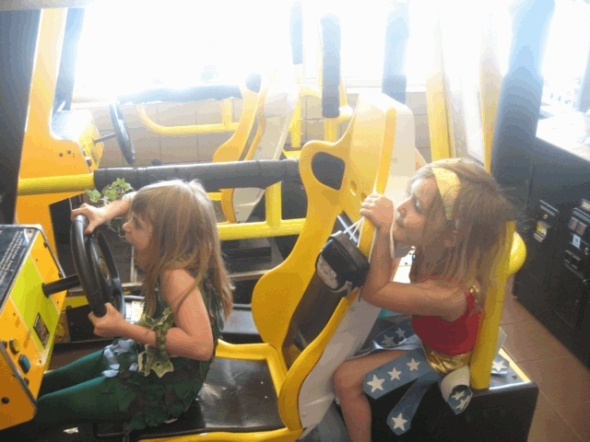 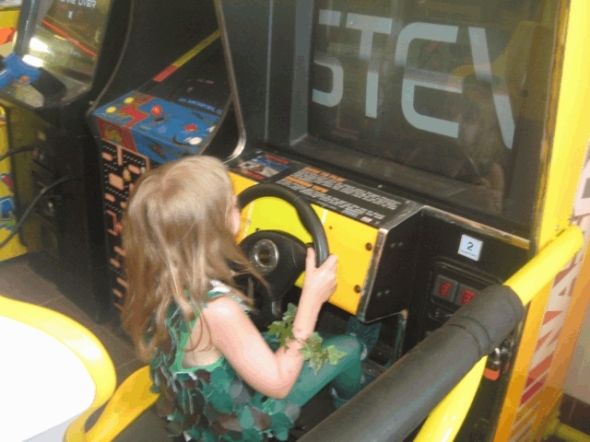 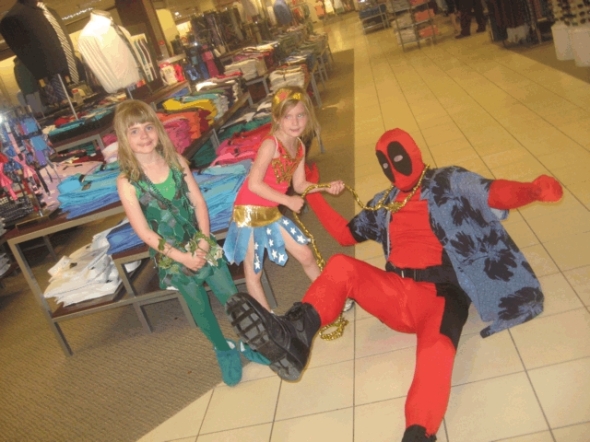 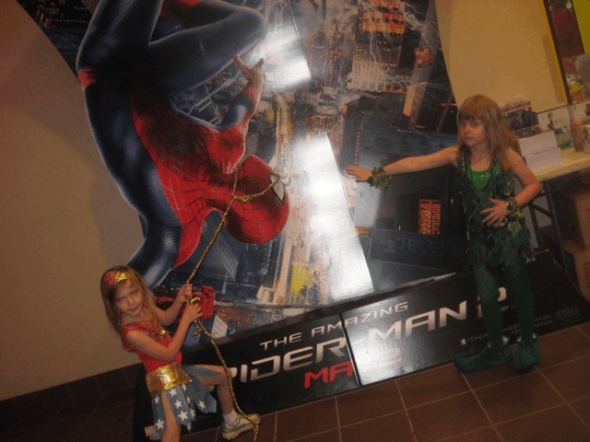 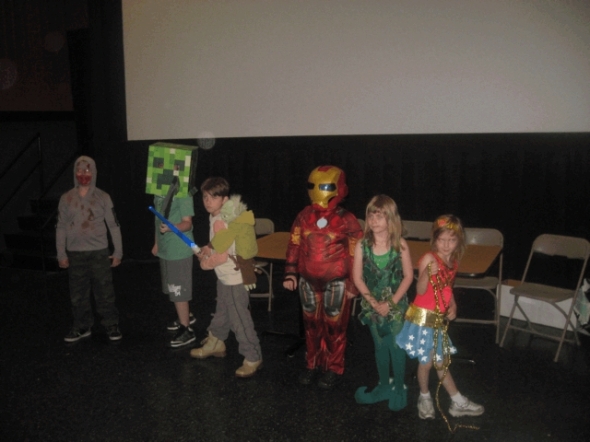 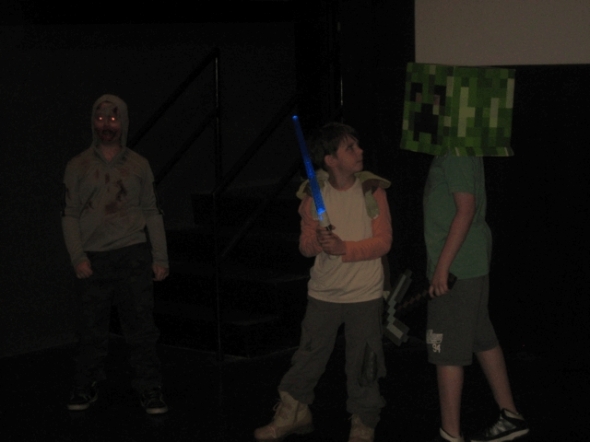 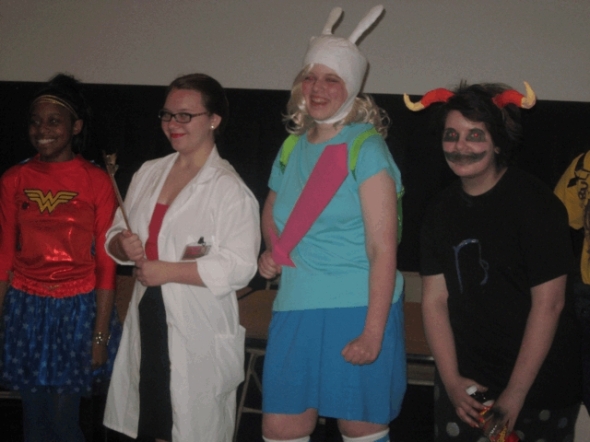 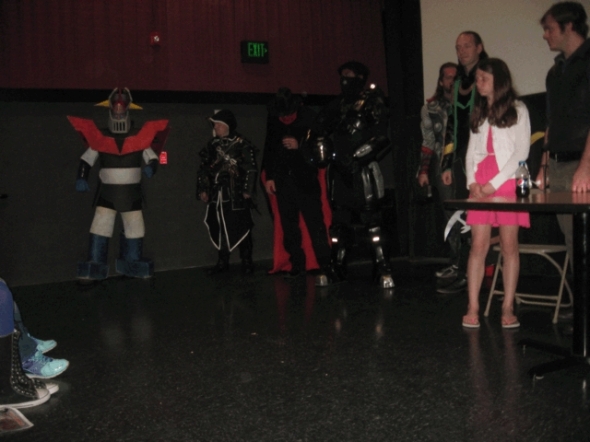 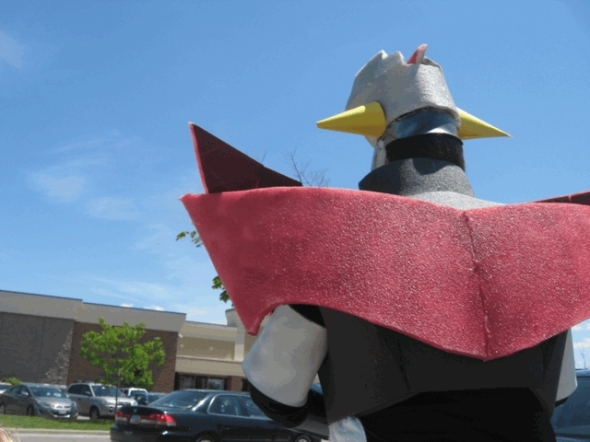 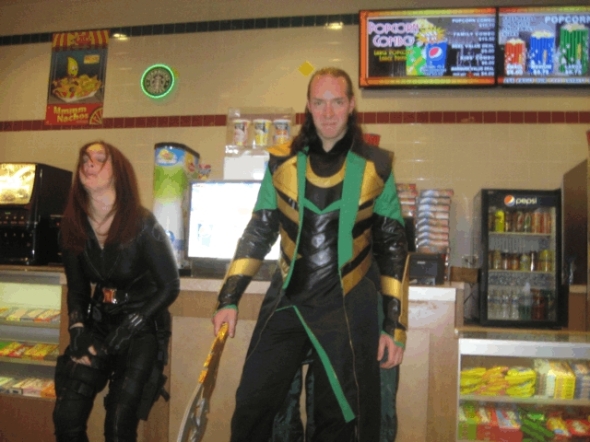 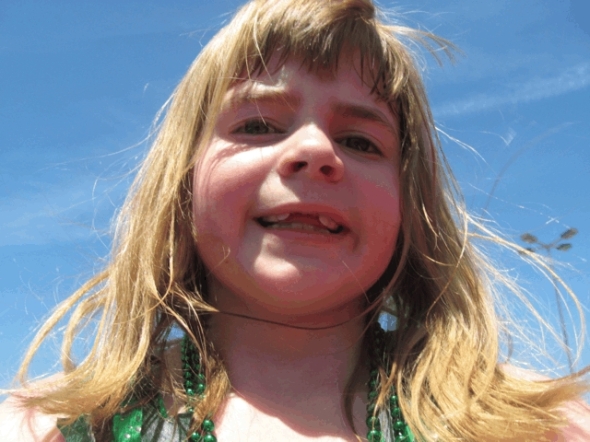 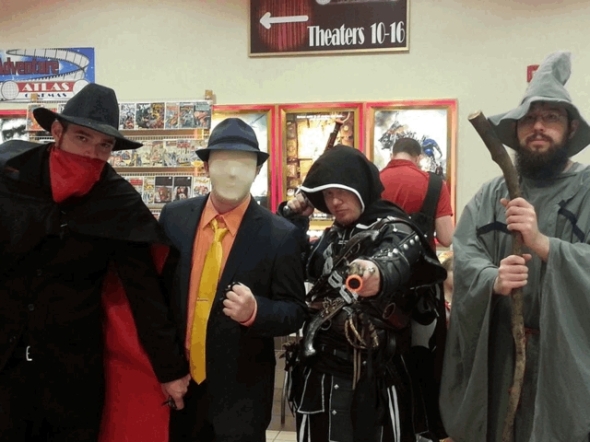 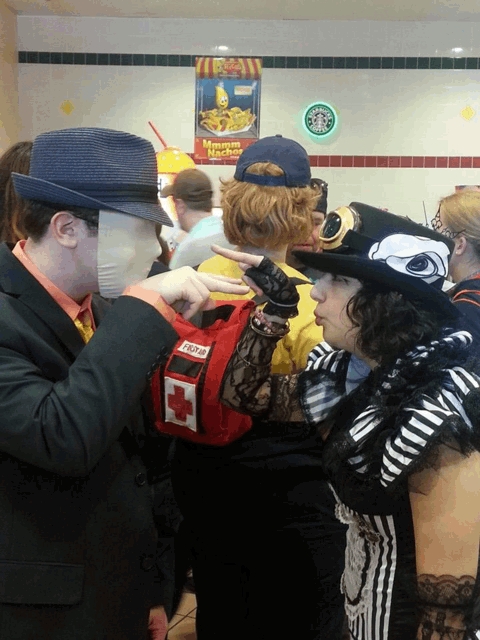 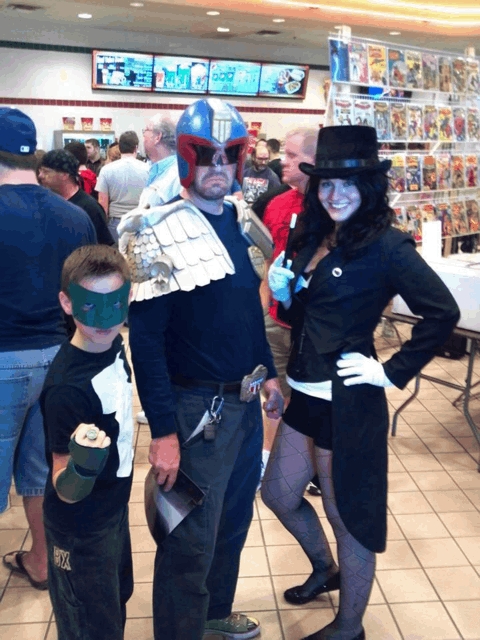 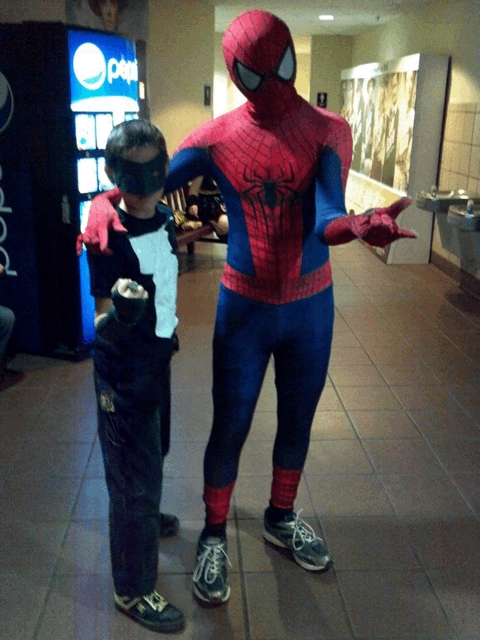 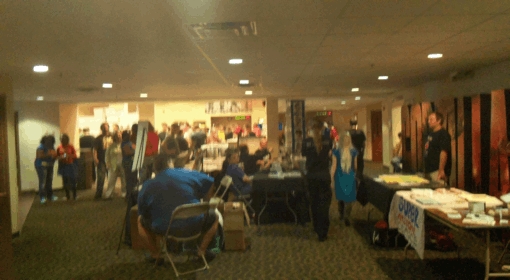 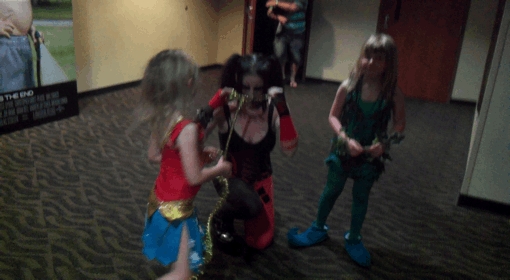 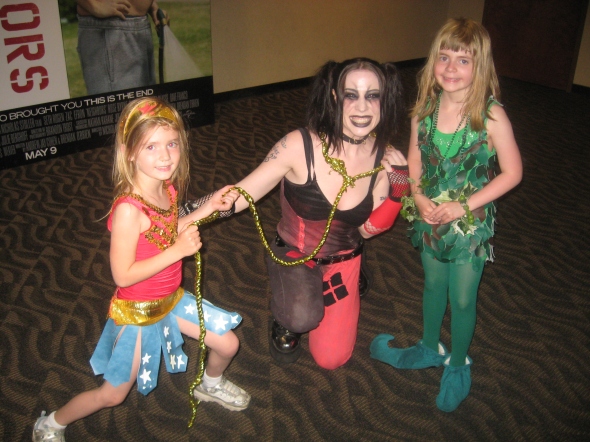