Horses and the costume contest

So the girls participated in a horse show this weekend – specifically they were in the costume contest.

Wednesday they came home and told me they had been invited to participate in the northern Ohio Miniture Horse club’s spring show. It’s an open show, and the farm they’ve been goign to work with the horses at is involved.

“Does Poison Ivy ever ride a horse?” my wife asked me.

“What about Wonder Woman?”

Then she told me it was on Sunday.

“Um, I need to measure the horses if you want me to make costumes…”

“You can come out to the farm on Friday!”

For a one day build, I’m actually pleased with how they came out. Maddie’s horse Polly bears a passing resemblance to She-Ra’s horse Swift Wind, though she didn’t like wearing the horn.

DiDi on the other hand, I was just tryign to create a costume that fit with Lydia’s costume and looked a little DC comics Amazon. I’m really pleased with the headpiece and I think it really works with Lyd’s.

Creating horse costumes is one of the stranger cosplays I’ve ever been involved in, but it was great fun to see the girls with their horses and their costumes. 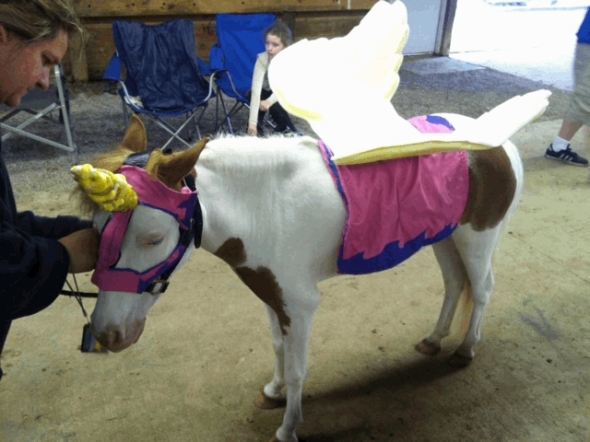 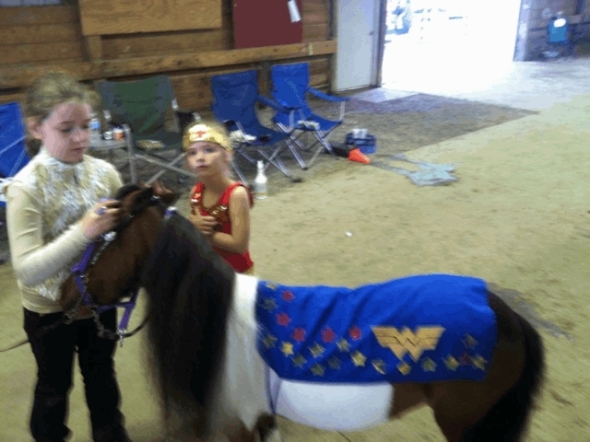 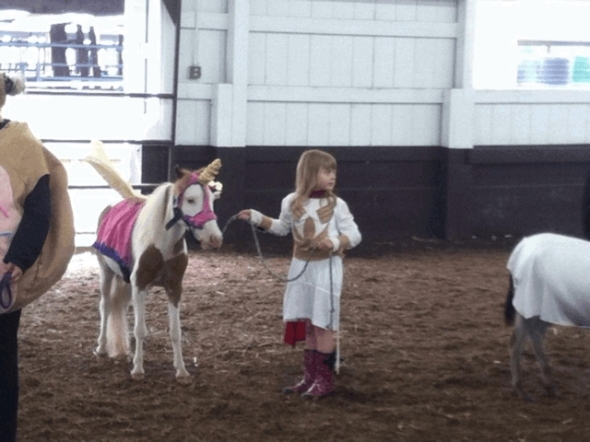