Not exactly a convention…

This weekend I took the girls with me to Akron’s Geekfest at the summit county library. I already took time in Violent Blue to expound on how much I hate the name of this event (to the extent that I didn’t even bother with it last year) so we won’t go into that her. we’ll just suffice it to say I won’t use the title again. 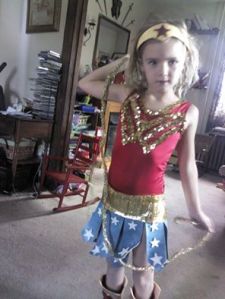 Lydia was excited to go and up just after me in the morning jumping into her costume. I tried to explain to her that we weren’t leaving for a couple of hours but she still wanted to get dressed right away. Maddie gets moving slower in the morning, but once morning cartoons were over and we found her green tights it was off to the races.

This was the first time I’ve been out with the girls in my Voltron costume. I had hoped it would actually make things easier on me. they usually help by being my hands when I have none. They were in fact, BIG helpers with getting the armor on, but the costume actually made it a little harder for me to keep up. We parked across the street and each girl carried on of my legs so I could cross more quickly. As soon as we walked in we were mobbed, taking three photos before even getting past the desk!

The girls loved the minion bowling alley set up. This was a great idea, with painted two liter bottles set up as bowling pins and mini dodgeballs to roll at them.
We headed into the craft room where Lydia had a hard time figuring out what to make. At first it was going to be a pet, then a crown, then a banner. Maddie just decided on a Supergirl button. A tale was set up with old comics that kids could cut up and select the picture they wanted from them. Lyds got a little frustrated when she couldn’t find a Wonder Woman picture (later a librarian would find one and actually sought her out during the costume contest to give it to her!)

We caught a bit of the band which was a fun quirky pair of girls doing pop culture music. They ended with a song about wishing they could be friends with a the girls in cartoons. One announced that everyone needs to clap along. So I did. I put up the voltron lion heads and clapped along in the same pattern they were clapping on stage. I saw her trying hard not to laugh – and failing.

This event was very cosplay friendly. The number of people in costumes was comparable to any anime convention. Lydia said her favorite was a Meridia from Brave. The girls entered the costume parade but I actually enrolled in the costume contest – at their insistence.

I should have thought about those stairs. Stairs are my kryptonite.

At one point a Sith Witch came up on stage. Her staff was made of real bones and she was wonderfully creepy. Lydia ran up to me in

line and declared “She’s going to win!”. What’s really funny is that she was right. The witch took first place!

We explored different parts of the library during the day. It’s huge and a marvelous facility. The girls played with Legos downstairs and made bracelets. They had a good day both at the events and at the non-events.

We ended the day trying to get back to the car when out on the side walk as I was taking off my legs a woman came rushing up to me with her mortified teenage daughter in tow.

“That’s my favorite cartoon ever! Can I take a picture with you?”

I ended up taking two more pics there on the sidewalk outside the library before making it across the street back to the car.

We had a great day here and will definitely be back next year. It’s a very family friendly event with a little bit of a con atmosphere, but with far fewer things that you actually have to spend money on. Maddie is already planning on being Star Sapphire next year and Lydia is talking about wanting a Harley Quinn outfit.

We’ll be back to Akron in a few months for Akron Comicon! 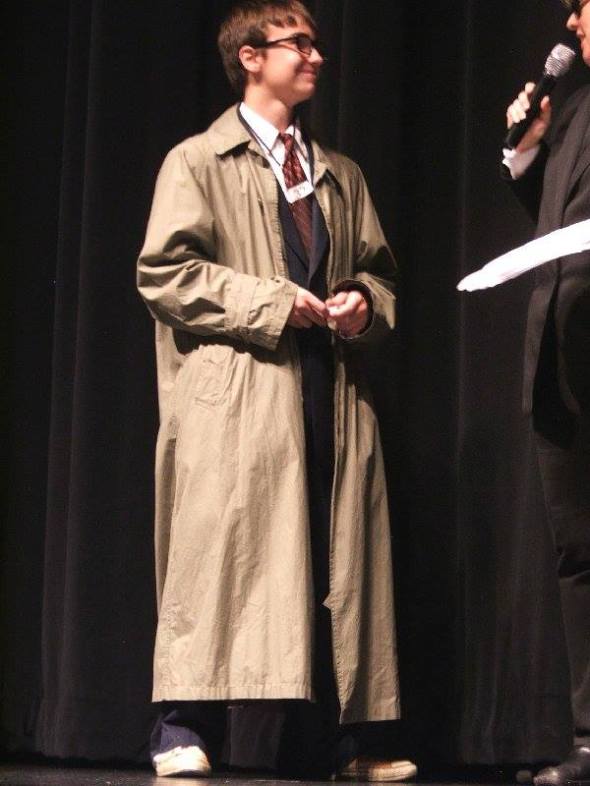 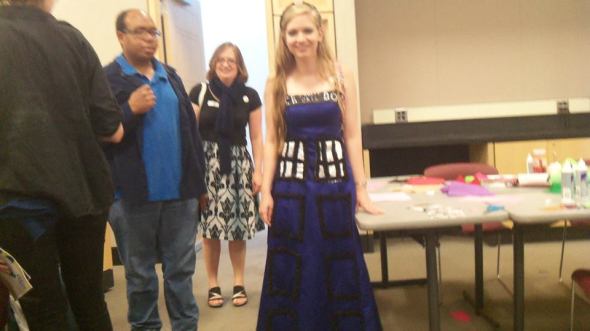 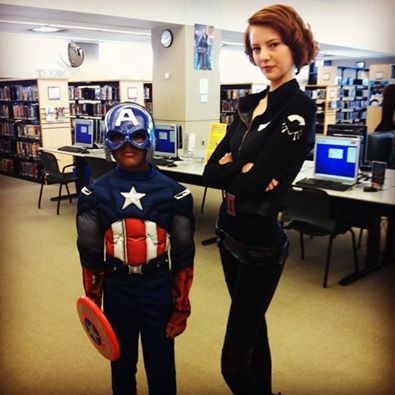 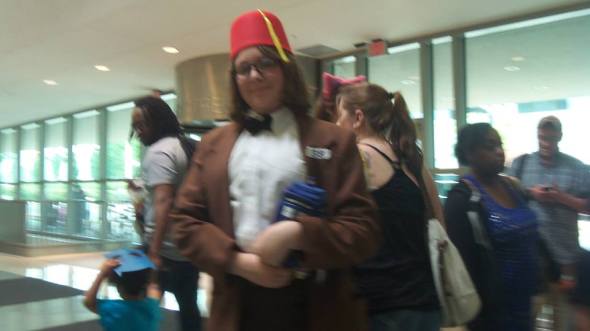 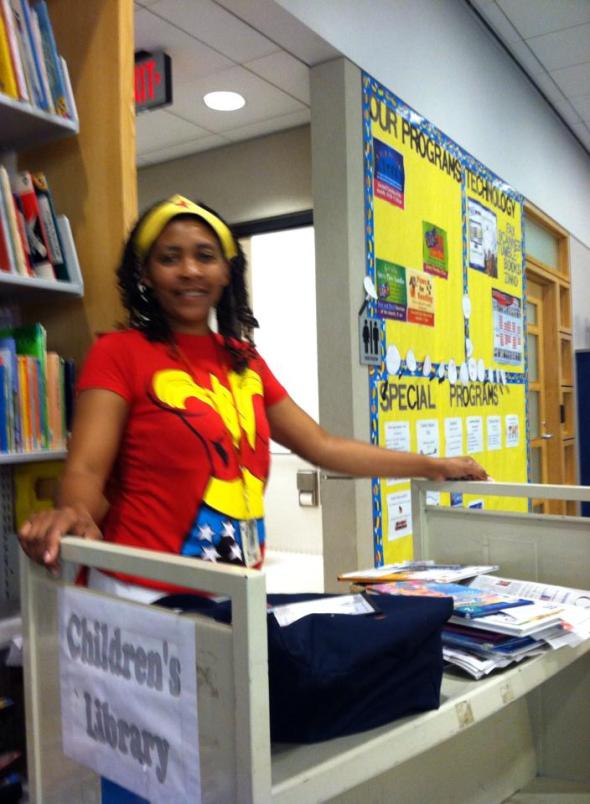 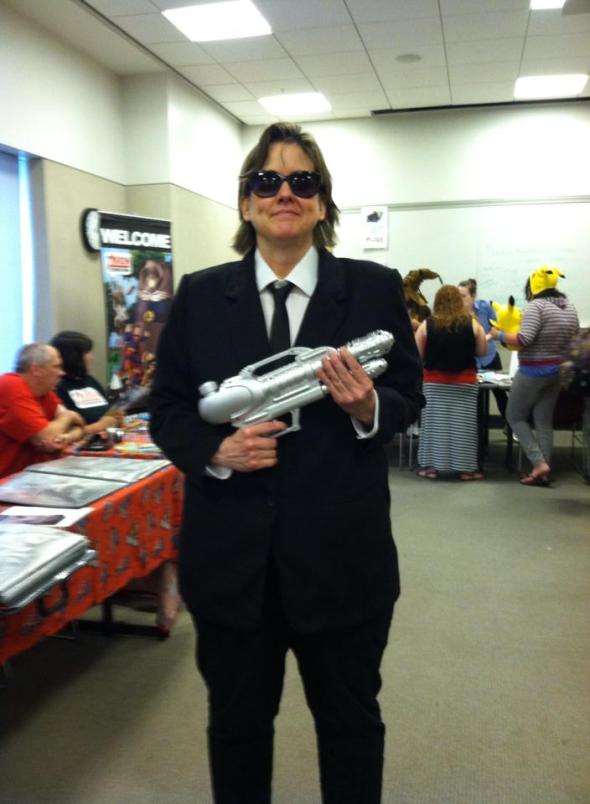 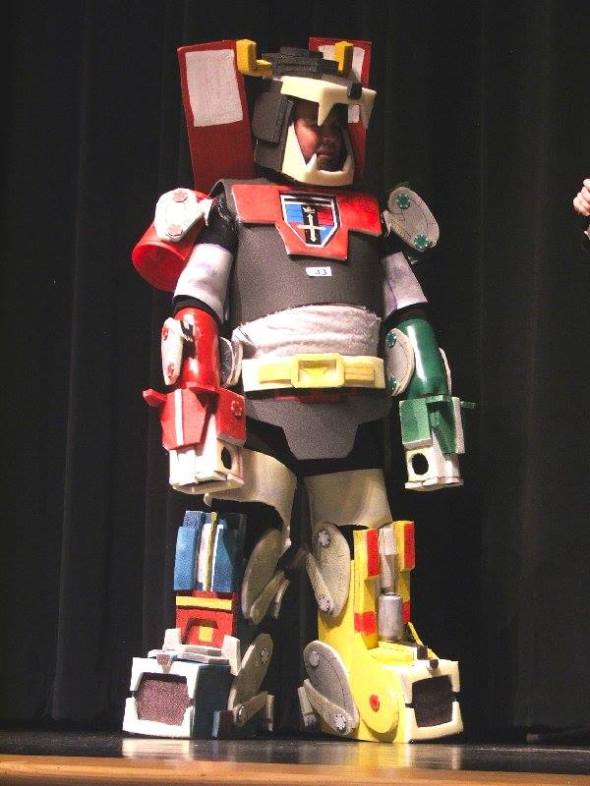 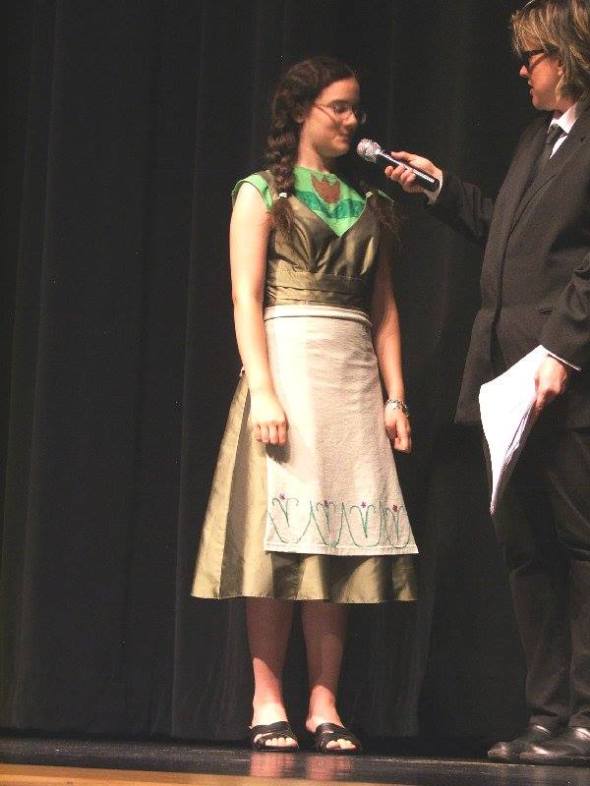 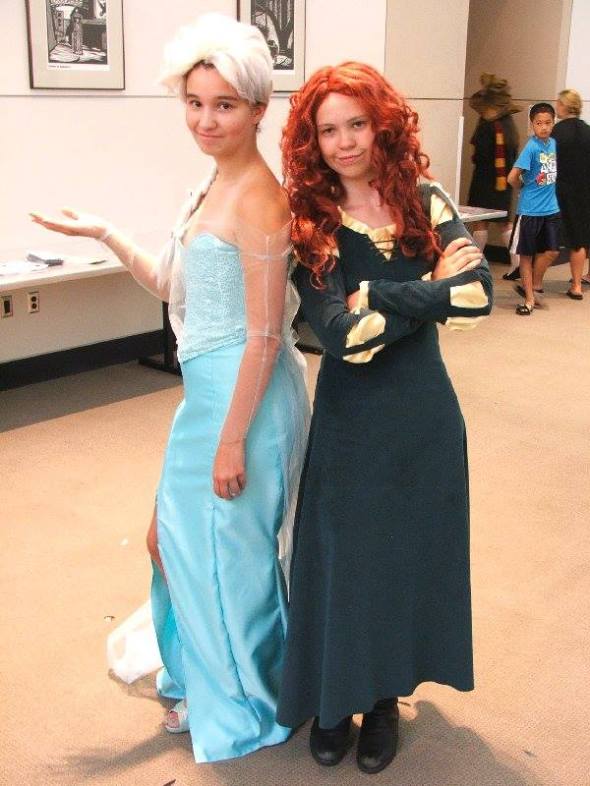 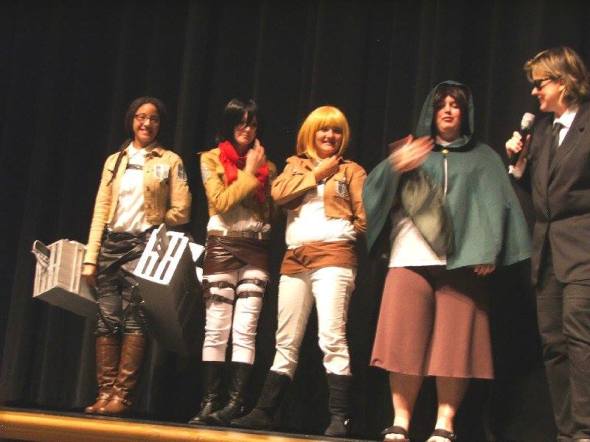 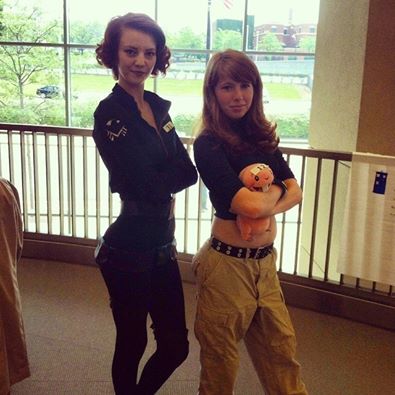 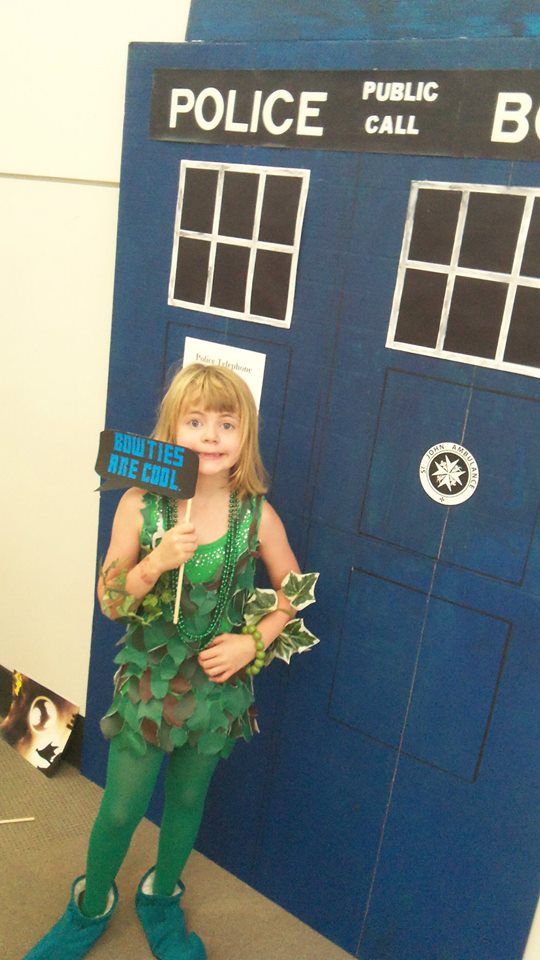 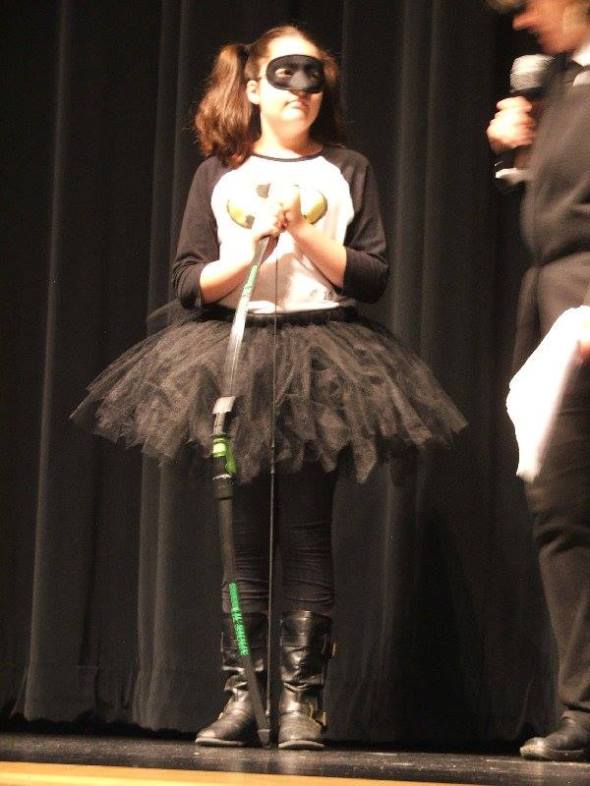 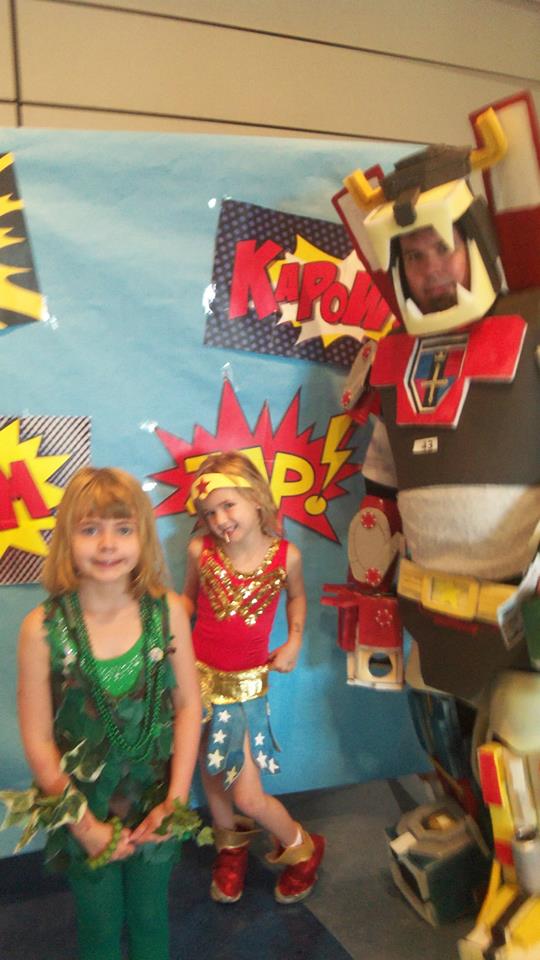 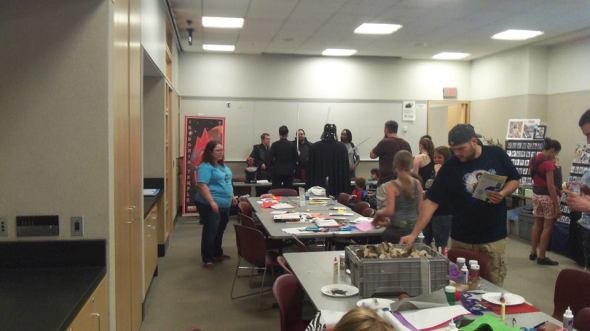 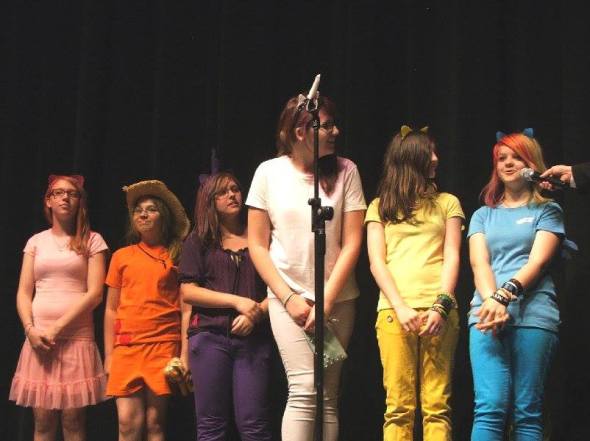 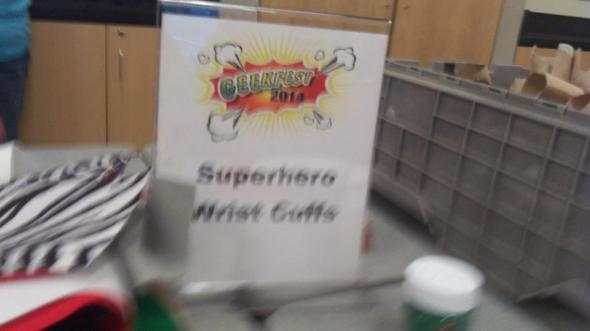 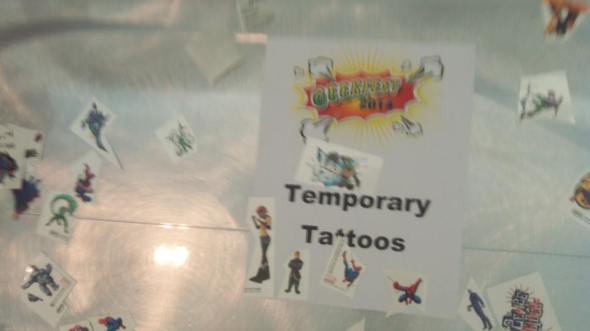