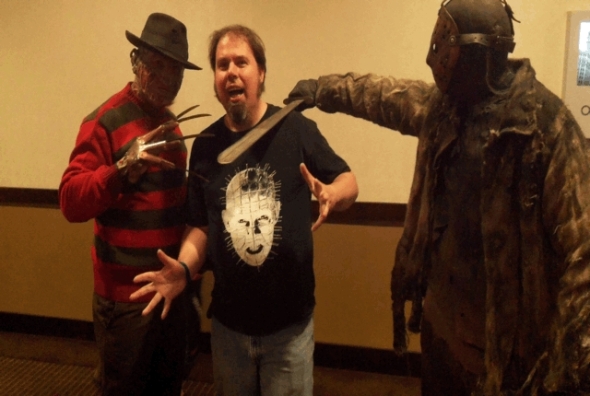 I attended Flashback Weekend this weekend.

I have to admit, I don’t like this convention. I knew it coming in, but went anyhow for some of the guests. Everything here is just a little more expensive. Unlike every other show i do, you have to pay to park in the hotel lot. The admission is higher than most horror cons. It’s not as well organized and even more than Horrorhound, it just feels like a cash grab. The thing is, they are able to pull in guests that no one else does, at least not regularly. Robert Englund is a regular, though he was sequestered in a side room downstairs. you won’t get access to him without the Englund package  starting at $110.  If you wanted to see him in makeup, you’d have to get he full experience, nearly $400. They did manage to get Angus Scrimm, but didn’t plan for his fanbase. his line stretched down the hall and around the corner. He didn’t show up untill 12, and signed until 3, then had to bail for a panel and a break. Understandable, but it should have been planed for, perhaps specifically posted hours for him signing. Much like they did for Svengoolie. 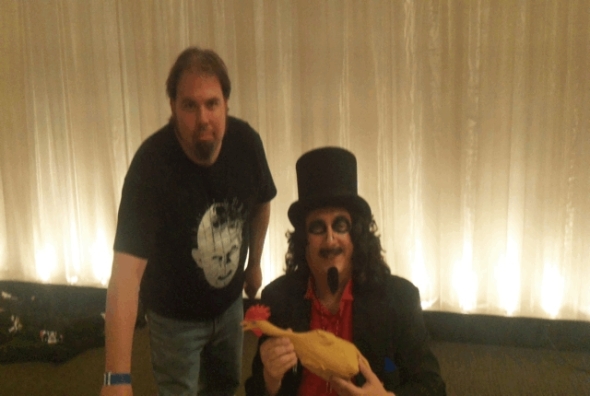 The signing hours for Sven seemed a little strange to me. His line was certianlly steady the whole time, 2-4. Sven has been Chicago’s Horror Host for about forty years, with the same kind of staying power that Cleveland’s Big Chuck or Son of Ghoul have. Still, no really complaints about this. I managed to get in and meet him. I’m a big Horror Host fan and Sven is one of the most iconic ones of my generation. 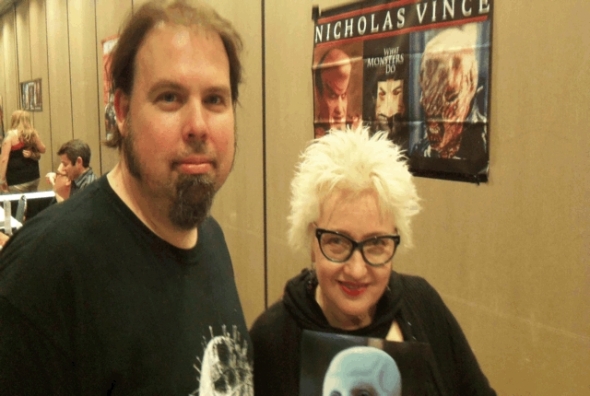 Of course the big reason I was heading her this year was the appearance of Barbie Wild and Nicholas Vince. I’m a huge Hellraiser fan fro mway back and I’ve been wanting to meet the cenobites for ages. I was shocked that they have hardly any line, and it was so exciting to finally shak hands with the Female and the Chatterer. 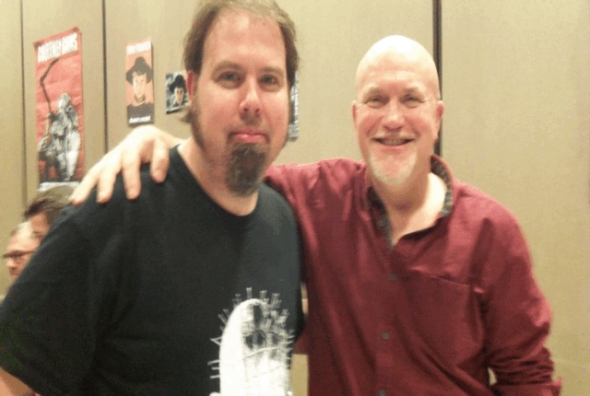 One of the real fun events I made it to was the costume contest hosted by Svengoolie. Sven is such a quick wit and it the contestants really showed personality, not just costuming skills (like I tend to)

Also the best photo of Richard Band EVER.

I managed to have a nice time here, talking with a lot of interesting people in line and seeing some familiar faces like Reggie Bannister and Robert Kurtzman. Still, I don’t think I’ll be back to Flashback. In fact, I’m really considering dropping the larger conventions next year altogether. We’ll see. Cinema Wasteland and Akron Comicon are still to come! 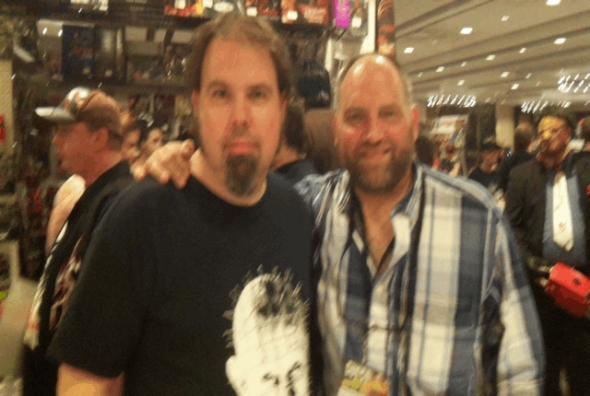 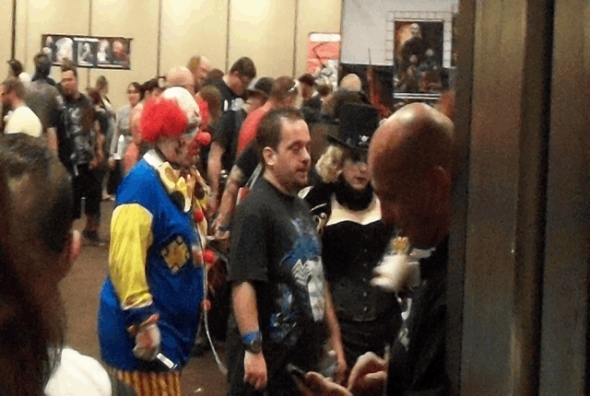 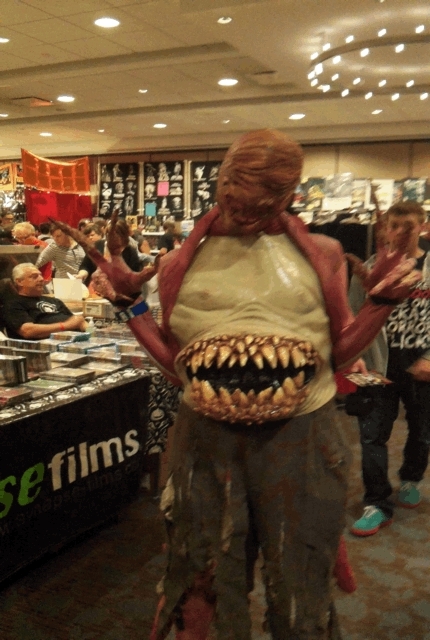 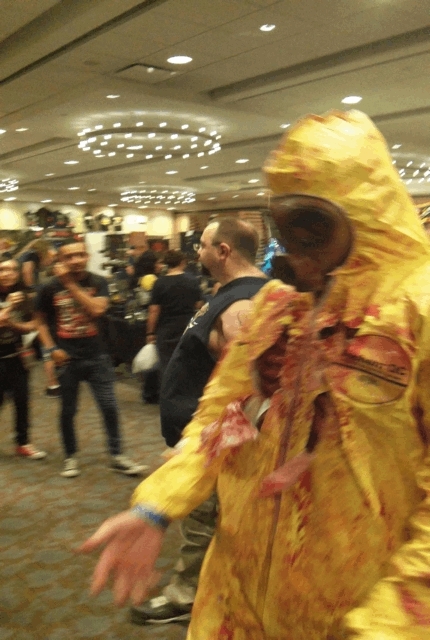 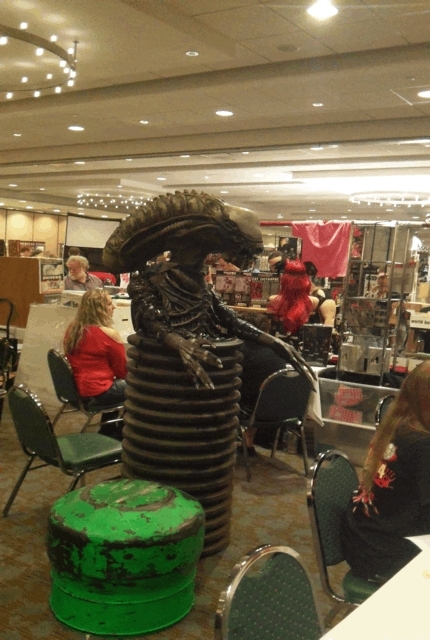 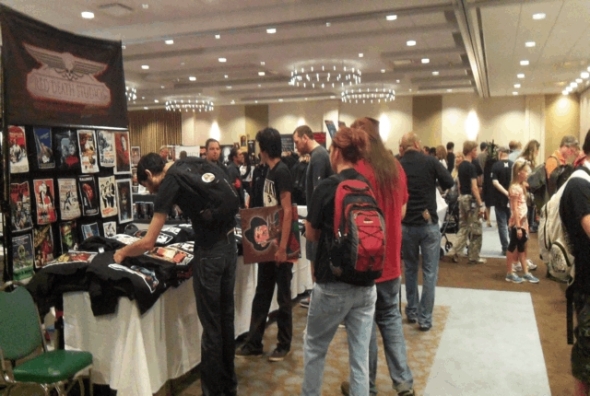