It was raining a lot on Friday and Saturday started off gray. It was enough I think, to scare off a lot of potential zombies, but not us.

The Amherst walk has been my favorite since it’s inception, and while I did a superhero zombie costume last year, this time around I wanted something more traditional.

Unfortunately, when you don’t give yourself enough time, things don’t always turn out well. I’m not happy with this look. I used an old appliance I had lying round (and new we see WHY I don’t use this prosthetic) and tried to do the blisters again I’m convinced this is a good idea with the blisters, but I just haven’t figured out how to pull it off.

My daughter Lydia bailed on me at the last minuet, but even better, my wife Amy agreed to go with me – those chains you see me in? she’s got the other end of them in her hands.

It’s not Amy’s thing, and she was having a bad MS day COMBINED with cramps, but after people started talking to her, complementing her on her pet and she started to get into it. I think she was surprised by how funny it can be seeing the other peoples costumes, seeing the reactions and hearing the zombie hunters like Sgt. Cunnngham warn the passers by about the hordes of undead roaming the streets. I’d lunge at people and she’d yank the chain (and me) back. She’d whip out her gun and blast the zombies that really freaked her out. On several occasions we ran into her friend Crystal and her son who were acting as survivors this time around. It was GREAT having her around.

We weren’t chosen for the costume contest but did stick around to watch and see who won. There was a prize for both the best looking Zombie and the best looking survivor. I loved the little girl in the surgeon suit.

I was a little surprised, in addition to the zombie turnout being a little light (but still a VERY respectable turnout) the vendor area seemed like it was about half as full as last year. Again, I suppose the rainy weather forecast may be to blame. It showered on us a tad last year and that may have kept people away.  In addition to the vendors they also were running a 50/50 raffle, with half the proceeds going to the food bank. Obviously a lot of people participated because the pot was up to $160. The greatest part of this however was when the lady (in gray with the brown pattern down her top) in the picture below won, she gave the money back to be donated into the food bank.

The zombie walks have always been a fun way of raising money an canned goods for the Second Harvest Food bank in Lorain County and I’m glad to be a part of it. There’s one more this year, coming towards the end of the month. Hopefully I’ll be there wit the girls in tow! (and just in case you were wondering, there is new Violent Blue up today!) 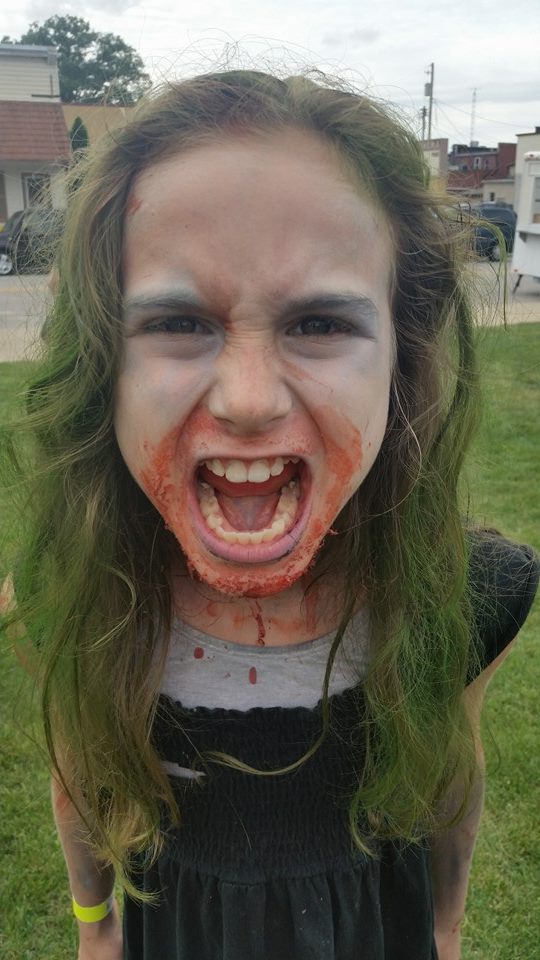 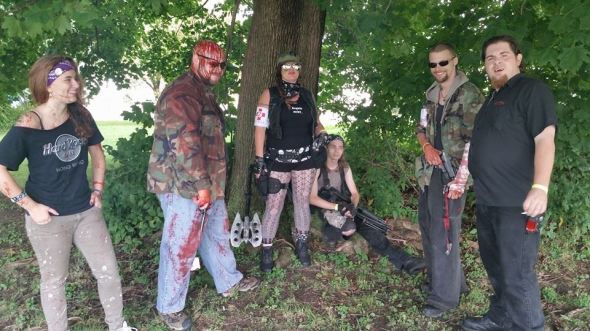 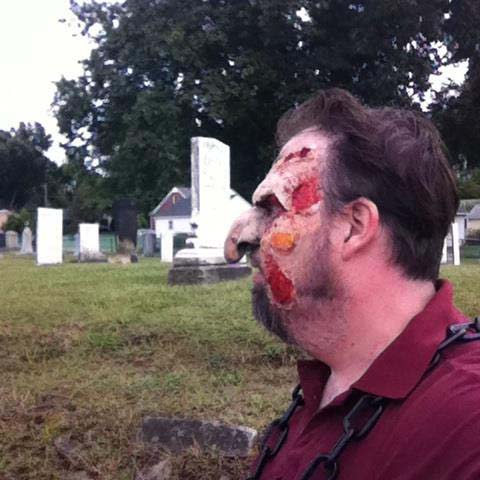