Time to give this chest piece a coat of paint! Things are finally starting to look right….

I added the center piece into the breastplate. I’d love for it to light up, but that may be an addition for a later time. Right now, I just want to get this done. When I tried it on I found the shoulderpads were actually bigger than i had anticipated. They fit, but not underneath the chestpiece. In fact, it ended up being easier to just mount them to the chestplate itself.

Speaking of things that don’t fit….crap.Remember that midsection I created?

It does not slide under the chest plate. It butts up against it. To make matters worse, it’s too tall – after all, I expected the top to over lap it, hide a portion of the top.It’s not going to work. Well, perhaps not all of it. I ripped the ab section out and glued it onto the metal underwear. It will slide under and perhaps I can attach some velcro to the underside to the breastplate.

It’s not the look I wanted, but there is some precedent for the whole “T” shape in Iron Man costuming, but it pushes me a lot further into comic look and further way from the movie look than I wanted to be. 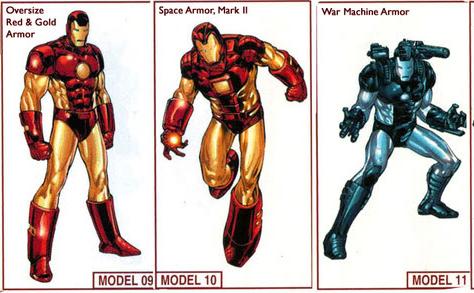 Maybe I can fix it.