You know, it was just a month or so ago that I pulled out Tango and Cash (a podcast had been discussing it and it made me want to revisit it) and noticed Robert Z’Dar in it. It had been a long time since I’d watched it and probably didn’t really know who he was back then, but there he was, big as life.

That’s really the way his career went. Always working, sneaking into countless films that you probably saw but never really thought about. In the last year and a half I got to see the first and second Maniac Cop films on the big screen thanks to Cleveland Cinemas and I was really starting to get into his body of work when I met him Cinema Wasteland.

I’m going to miss you Robert. Thanks for leaving such a great cinematic legacy for us to explore. We won’t forget you. 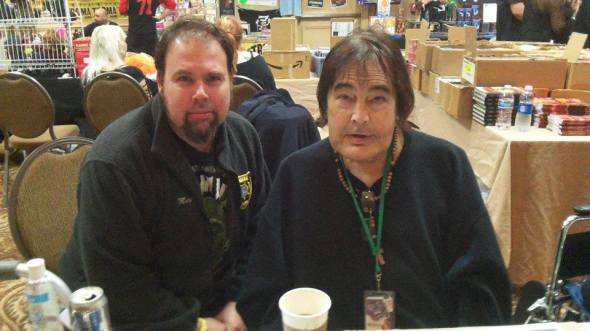 This entry was posted on April 2, 2015 by mathias42. It was filed under Uncategorized .