The Marvelous Adventures of Gus Beezer

Gus is a little boy with an active imagination who loves comic books and superheros- of course t he big difference is that he lives in the Marvel universe where there actually ARE superheros!

It was a fine series and was reprinted in tabloid size under the Marvel Adventures banner  to be sold in Targets but never went any further than it’s original four issue run. You may find some of these still floating around. It’s worth it just to see his tirade at J. Jonah Jameson over his Spider-man editorials….. 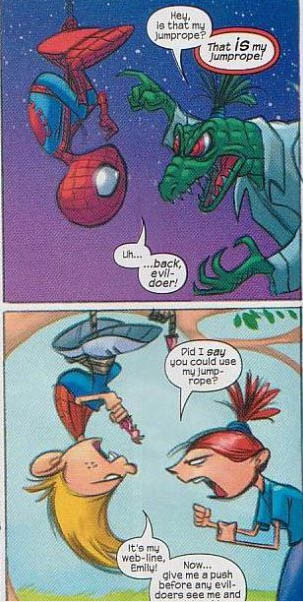