Back when I was first getting into autographs, Judge Judy was one of my early requests. I got her through email and it’s just one of those crazy things – it feels like ultimate kitch to have an autographed photo of Judge Judy doesn’t it? 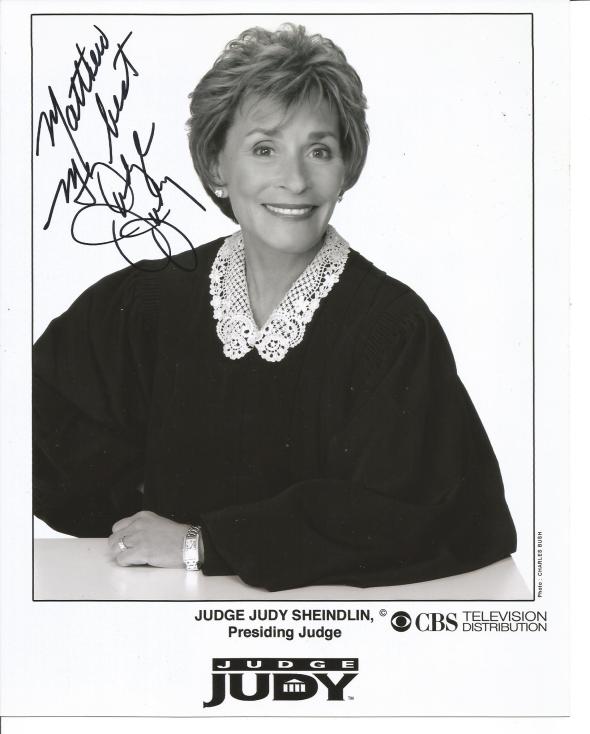 Recently I’ve been getting into companion pieces -things like the Bob Barker auto for the Price is Right or the Harvey Levine one for The People’s Court, so off I went with another email. This time I needed Judge Judy’s bailiff….after all officer Byrd is just as much a art of the show as she is isn’t he?

This entry was posted on June 6, 2015 by mathias42. It was filed under autographs, autogrpahs and was tagged with autographs.