I know, how does somebody get to be my age without ever seeing the breakfast club?

The real problem is I’m about six years too young actually – in 1984 I would’ve been about nine, the wrong demographic. Still, it must have been on television when I was growing up, I just don’t know why I’ve never gotten around to it. Fortunately, the guys up at the Lorain Palace managed to fix that for me this weekend. The Palace is doing a John Hughes retrospective this month. I’ve seen Ferris Bueller – it’s an old friend and has always been in my film collection, but much of Hughes is other work has never made it onto my screens.

They began the screening with some trivia – I was unaware that the original plan for this movie was to make it a three film deal – each movie 10 years apart over the span of 20 years. Having seen this one, it really gets me wondering what did happen to these people? There is an ark within the film, but I can see how they would be a far greater arc as these kids age into their 20s and 30s. 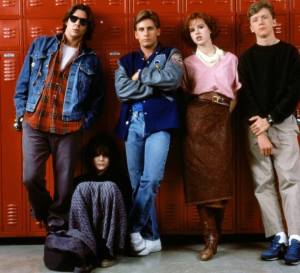 Look, I really don’t need to rehash the plot here do I? I’m pretty sure until Saturday, I was the only person in the western hemisphere that hadn’t seen it.

While there are some timeless themes, the movie dates itself. That’s not necessarily a bad thing, the Maltese Falcon dates itself very firmly in the 30s – Happy Days dates itself very firmly in the 50s(well the first few seasons anyhow). The Breakfast Club is a Time Capsule to that era– and even with the problems that we see these kids having, there is an optimism to the film that is extremely 80s. You can see we haven’t hit the post-modern deconstructionist era yet. In fact you can see how this film is one of those kind of stories that very style rebels against. At the end of the film, Ali Sheedy gets prettied up and falls in love with the jock– I personally liked her look far better before Molly Ringwald got ahold of her – am I alone here? In fact Sheedy is my favorite of all the characters in this film. She is fascinating, And turns out a marvelous performance.

I’m not used to Emilio Estavez in this context – a teenager, a jock. Molly Ringwald on the other hand, is playing exactly who she always plays – Molly Ringwald. It’s fine, and it works. I really want to know more about Judd Nelson’s character though. What is this really the way thugs dressed in the 80s? I seem to remember a lot more leather and longer hair. He sure does convey the appropriate arrogance mixed with a touch of menace.

See, I’m still the wrong demographic for this film – I’m closer in age to the teacher that I am to any other students, and I’m from an era that was far more cynical and used to the antihero rather than the heroic archetype. 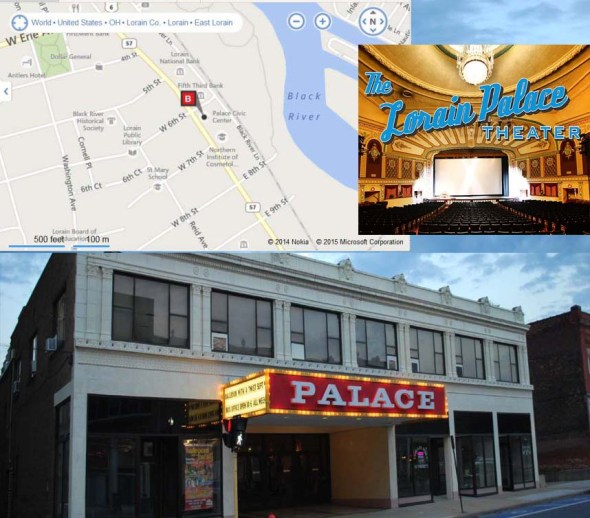 This entry was posted on February 18, 2016 by mathias42. It was filed under Argo City Movie Night, Lorain Palace, Uncategorized and was tagged with Ferris Buller, John Hughes, lorain palace, Sixteen Candles, The Breakfast Club.