I’m not usually a fan of VOX in general, but this particular writer obviously has an axe to grind an created some irritating clickbait out of it. There’s a ton on these articles floating around, but most hit one or two of these same points, so this is the one I’m going to respond to. (I’d link the actual article, but honestly, I don’t want to give them more traffic) 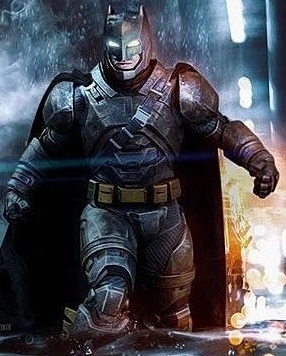 1) Why is Batman so gullible? The entire movie hinges on Lex Luthor using his wiles to trick Batman and Superman into fighting

Batman came to the conclusion that Superman was dangerous and needed to be stopped all by himself. Lex may have added a bit to that conclusion indirectly, but he’s not manipulating Batman. He’s taking advantage of an existing situation (That’s something that Lex Luthor has always excelled at, whether in film or print). Even in the comics, Batman has always had a plan to take Superman down. This isn’t that far a leap.

2) How does the world feel about Superman?The world’s opinion of Superman changes from scene to scene, and seems as barely motivated as a mob of Springfielders on The Simpsons.

Public opinion turns on a dime. LeBron James is a perfect example.

3) Why does everybody blame Superman for the massacre in Africa?

Valid point. They could have explained this more but that would have made the film longer and no one wants that!

4) What  is Wonder Woman in Metropolis for? Why does she need the photo? If she’s not hanging out around normal humans, no one who looks at it will know who she is.

Wonder Woman wants to erase any trace of her very existence. Pretty easy to understand (we’ve seen this theme in other films – Highlander immediately springs to mind). This is the article looking for things to criticize.

5) What does Lex Luthor want? To destroy Superman, sure. But why?

He’s a paranoid megalomaniac. What’s to understand? Just because Eisenberg is terrible in the role doesn’t make it difficult to understand Lexs motivation. That’s more artical fishing for things to nit pick.

6) Is Lois Lane magic? When she’s not being held captive as a damsel in distress, Lois Lane uses her powers of journalism to immediately arrive on the scene of wherever she’s needed

Admitted, Amy Adams is not one of the better Lois, but really? We’re going to call her ability to be where the action is “magic”? How about we call it “Journalism”. Better yet, how about we call it “Investigative Journalism”. She’s not a beat reporter, it’s her job to be where news is happening, it’s a skill. If you don’t understand this then I’m compelled to ask if you ever actually worked for a

newspaper or news outlet (Want to ask me if I have? Want to ask how many friends I have that have or do?).

7) Corollary: Why do Clark Kent and Lois Lane love each other?Answer this question for me using only the material found in Man of Steel and Batman v Superman. Don’t talk about their love story from the comics or from other Superman films.

Fair. But no one asks this question in Thor or Iron Man – heck, that relationship with Black Widow and Hulk in Age of Ultron has way less foundation than that of Lois and Clark.

8) Why does Batman decide not to kill Superman? Even if you put aside the sheer ridiculousness of the situation, it leans far too heavily on an abrupt emotional shift.

It’s enough of a distraction to break him out of his single mindedness. Moreover it’s a paradigm shift – where Batman realizes what he’s doing is no longer correct – and perhaps he’s on the wrong track. The article says it seems to have relied to heavily on an emotional shift – I disagree, that’s the entire point of the scene.

9) Similarly, why doesn’t Superman lead with the most pertinent information when confronting Batman?

He tries, Batman isn’t listening and doesn’t let him.

10) Even more similarly, what is Batman’s plan for getting Superman to fight him? it seems like he stands around for a long, long time before Superman shows up. Batman’s a proactive character. Wouldn’t he take the fight to his foe?

He had the area prepped and set up with traps. Moreover, this is strategy. If you’ve played chess for any amount of time (or other strategy games for that matter- RISK, even Heroclix) you’ve seen this tactic played. My friend Johnny Em is notorious for it. Isn’t it wiser to make your enemy come to you and fight on your terms?

11) If Batman knows so much about Lex Luthor’s shady smuggling deals, why doesn’t he suspect Luthor’s true intentions?

Again, they seem to think that Batman is listening to Luthor, that he is directly manipulating him – I don’t get that impression at all from the movie.

12) Why is everything in this movie at least two story beats too complicated?

Fair. The film needs about 45 min cut- mostly shots of people in suits wringing their hands. Also every time Lex opens his mouth, they need to cut his dialogue in half.

13) Why doesn’t Superman hear the bomb in the wheelchair?

And, what is he supposed to hear? Real bombs don’t tick. Are you thinking perhaps custom electronics? If by some long shot, the bomb had a distinctive electric hum, would you be able to distinguish that from the other eltonic noises in the immediate area? How many cell phones are in that room? How many lightbulbs? But even if it did have a disctinct electronic whine that is universally identifiable as saying “I’m-A-Bomb!” (but only to super-hearing) Superman himself says he wasn’t looking for it.

Seriously though, what exactly do you think he supposed to hear?

14) How is the Daily Planet a functioning business?

We have three daily newspapers in this area alone not to mention at least five weekly’s. Moreover, whose to say the Daily Planet doesn’t have online and multi media presence? But seriously, would you ask this same question of Stark Industries? Hammer Industries? Oscorp? Even the Daily Bugle? Howzabout we complain about not know how the artificial gravity works on the Millenium Falcon? I’d consider this to be in that class of

15) How does the Kryptonian ship just decide Luthor will be its new master?

I’ve heard this one a lot. It seems like an easy criticism except I think the answer is glaringly obvious. Lex had Zod’s fingerprints AND the key – how many more credentials do you actually need? I mean, my car starts up no matter who slides the key into the ignition. If you have the password to my gmail account it’s pretty simple to take it over, you don’t even need to be sitting at my computer. that sort of thing happens every day.

17) What’s the point of Clark’s dream visit with his dad?

16 and 17 both fair criticisms of a aesthetic that the article clearly did not enjoy. I can respect different taste.

18) Does anybody in this universe know how to use a spear? Spears are made to be thrown! Just throw the spear at Doomsday! Mission accomplished!

Yes, you can throw a spear, and the beast can also dodge that spear. For a big bulky monster, Doomsday did seem to be awfully light on his feet. He also could unleash energy beams and pulse waves and brightly colored CGI explosions.  You think that perhaps, just maybe one of those things could have knocked a thrown spear off course? This is too important a battle for him to risk missing. There’s also the question of penetration. Even thrust straight in at point blank range, it didn’t go deep enough. Superman had to push it in. A thrown spear would have not done enough damage and someone would still have had to close in and melee.

19) WTF was Batman’s dream sequence? I realize the easy explanation for the dream sequence is, “It’s setting up future movies,” or, “It shows us Batman’s paranoia about Superman!” But it also seems like an attempt to get us to worry that Superman might turn evil at some point, and, sigh.

It’s supposed to be a loose end. The author of this article should be intelligent enough to understand that, but seems insistent on hating for hates sake.

That’s enough about BvS. I’ve got Cinema Wasteland at the Holiday Inn in Strongsville Ohio this weekend and I’m far more interested in focusing on that! 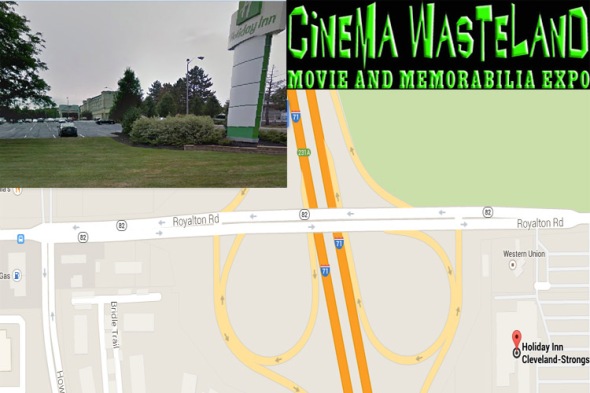