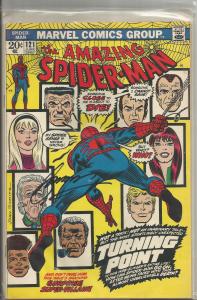 I just read the most interesting article over at Bleeding Cool where they listed some of the most common autograph fees from comic creators.

This is a relatively new thing, and not one I dig, but it’s still usually cheaper than media guests. A lot will sign one or two things for free and then charge after that which I’m very cool with, but not always.  Here’s the list, beefed up with some additions of my own. 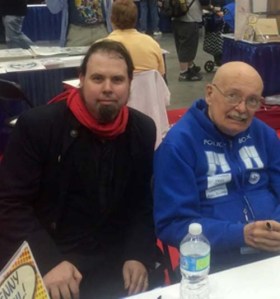 Larry Hama will sign two items for free and charges after that.

Graham Nolan recently started charging, but not sure how much.

Jim Sternako charges $15 per item last I checked – and that includes items and prints BOUGHT FROM HIS TABLE. Also, do not ask for a photo with him.

I heard about this last bit secondhand, can’t speak for the truth or baseness of the tale, but go in prepared –

Michael Golden refused to sign any comics (I had 3 with me) until I purchased a $25 print from him, which I had to get in a second lineup for. When I returned from purchasing the print he signed that – which I didn’t even care about – and then only

signed one of the 3 comics I brought him

Tip Jar- pay whatever you want

Denny O’Neil also had a tip jar, specifically for the Hero’s Initiative. The first time Gerry Conway did Akron Comicon he did this as well.

Private signing, off the show floor

I’ll update and repost this article as I get more!

This entry was posted on April 11, 2016 by mathias42. It was filed under autographs and was tagged with autographs, Comic Books, Comicon.