I’m kind of in limbo for the next few weeks, so I figured it was time to get started drawing some characters and bulding modles for the Violent Blue spin off – hopefully we can get something launched by Fall. Here’s the first couple of sketches, some familiar faces, and some not so familiar. Some age as well, appropriate considering this is taking place about two years after the end of Violent Blue. 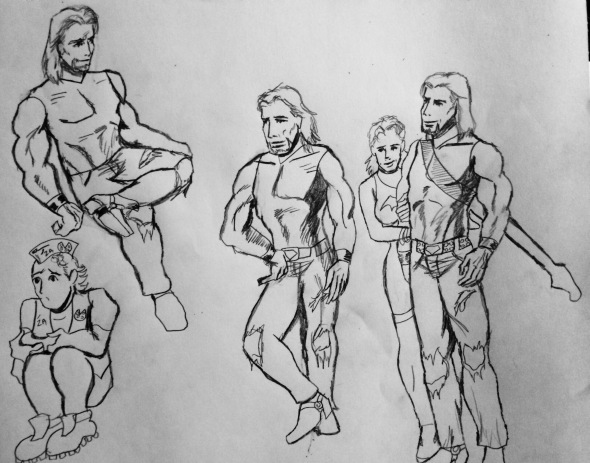 Having fun drawing Chloe’s husband though. He’s only ever been described in the novel. Going to be nice to bring him in a comic story proper.

Man, those sandals may have been a mistake. Toes are NO fun to draw…but it just fits Jamies personality so well…