Deadpool : The Next Generation Part 1

My friend Nick is a big Star Trek The Next Generation fan. So Last Year, we were noticing just how much Deadpool’s costume works with the TNG color scheme; I mean, Like ridiculously well. So I whipped up these quick sketches to capitalize on the insanity – eventually Josh, our resident Deadpool ended up making this look a reality. 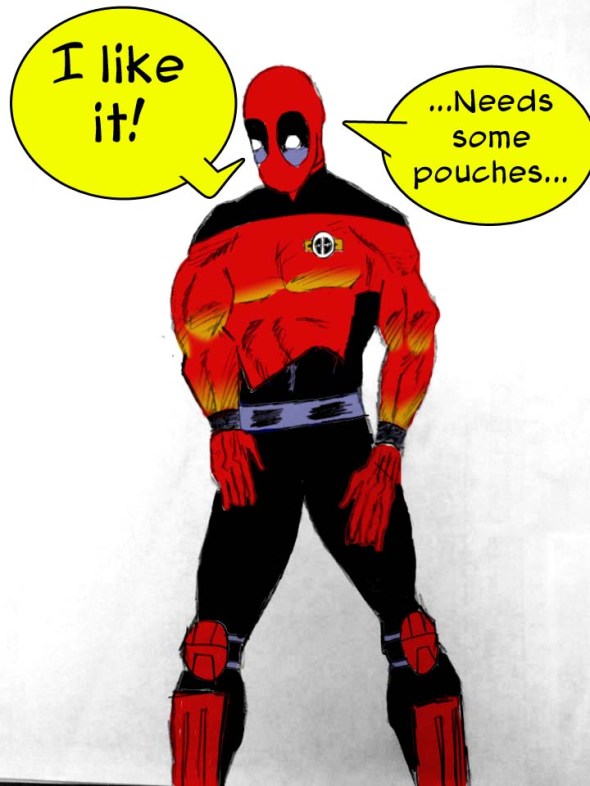 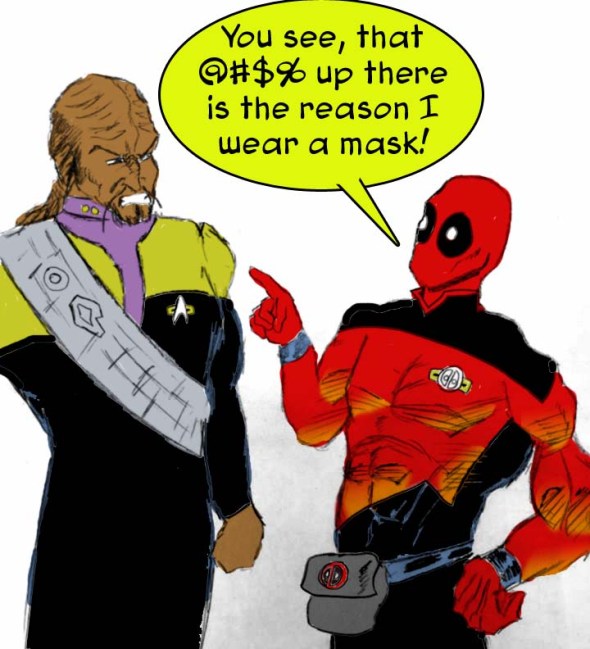 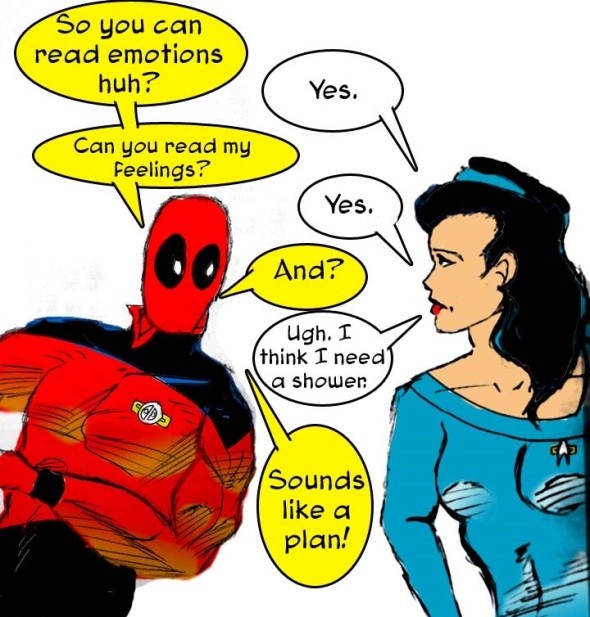 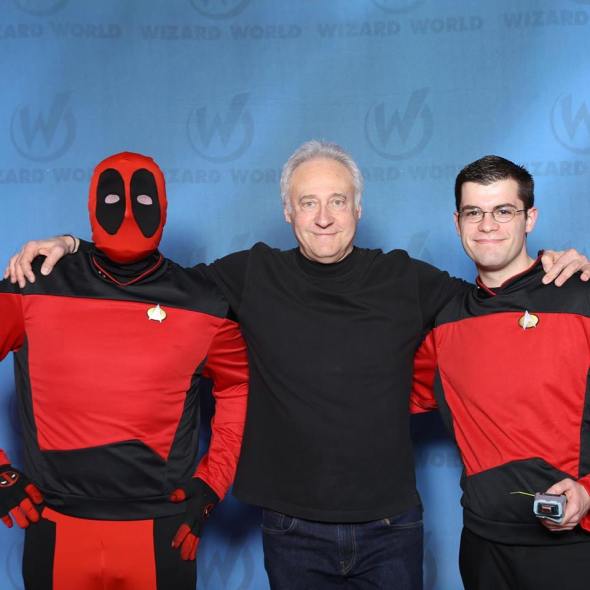 This entry was posted on February 28, 2017 by mathias42. It was filed under Art, commissions, superheroes, superheros, Violent Blue, Webcomic and was tagged with Deadpool, Star Trek : The Next Generation, Troi, Worf.