I found a bald spot at the worst time, too far from home to fix properly. I parked and grabbed my Thing pants from the back seat, ripping a rock from the cuff. The legs usually bunch up at the bottom and I hoped it wouldn’t be noticeable as I applied latex and affixed the rock to the bald cap. Ben Grimm tightened his belt and got ready to head into Akron Canton Comic Con.

As far as Jeff Harper shows go, this one in interesting. It’s a smaller show, but I dig that they have a snack bar at the venue – it provides a little more community and something to do. I’m grateful to Heroic Adventures comic shop for stepping up and sponsoring a costume contest (I’m going to miss these guy’s shop BTW, they’re going strictly online and con vending) as well as some cool trailers and movies running on the TV screens around the hall. All of this makes it feel like just a bit more than the swap meet atmosphere that a lot of Harper shows have.

My buddy Vito mentioned that it looked like a nicer show this year than last – I’m not sure. Harper shows never really change that much, but I’ll admit I had a better time myself this year because I knew way more people. Sure, I see Eric and Sean all the time at cons when they set up their booths, but It was really cool running into Alli and hanging out with Jason and Mike. I’m on their side of town and it’s good to have friends in mideast Ohio.

I dove into the quarter bins. I was glad to actually see some good deals here – 5-for-a-dollar, fifty cent bins, quarter bins, three-for-a-dollar….and not just long boxes stuffed with cast off Image books from the 90’s either. I found Blackhawks, House of Mystery (the Elviria one!), as well as fairly modern Spider-man and Superman. Good stuff. I ended up bringing home about seventy books as well as a couple for the kids (maddie LOVES Art Baltazar’s Tiny Titans).

The costumes weren’t everywhere the way they are at some shows, but I really enjoyed what I did see.

I’ve run into this giggling group of teenagers a couple times now. Their enthusiasm is infectious. Link won first place in the costume contest and absolutely deserved it. She totally brought the character to life.

This kid was doing an original character he called the executioner – a vigilante who collects prizes from his vanquished foes. He ran around the con picking fights with all the cosplayers!

That’s not leather. That’s actually foam! Seriously, the paint job on here was so good I couldn’t even tell.

I’m going to have to do some edits on this – Batman, Wolverine and the Thing? Yes please!

Speaking of Wolverine, I was so loving all the X-Men. 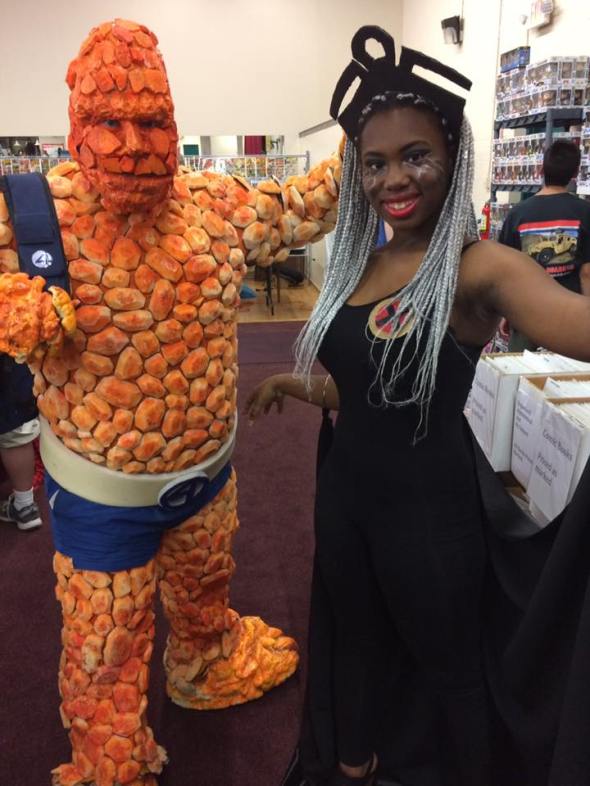 It’s a short show and I was only there for about three hours, so I’m short on pictures, but don’t worry, we’ll be back tomorrow with a recap of Monster Bash….and there’s TONS of photos to come! 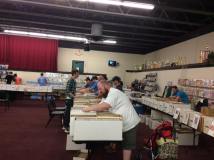 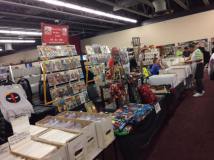 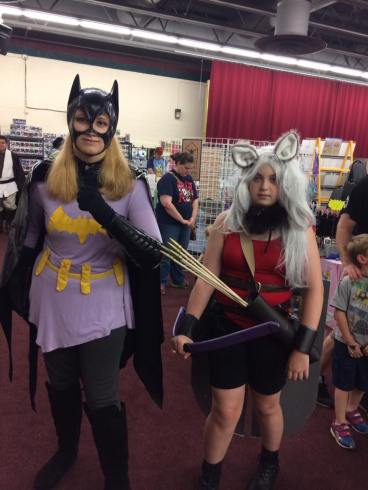 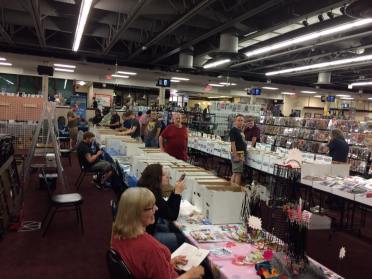 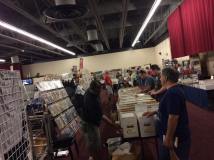