I wrote to Julie Newmar ages ago and had a plan. You see, I bump into Sid Haig every now and then on the convention circuit, and I know he did an episode of buck Rogers with her. So in addition to the requisite Catwoman pic, I also enclosed this still (a screenshot I grabbed directly off my DVD) from Buck Rogers and she was nice enough to sign it as well. Suddenly Sid fell ill and wasn’t doing cons for a while It actually took a couple of years, but I finally got him on it as well! 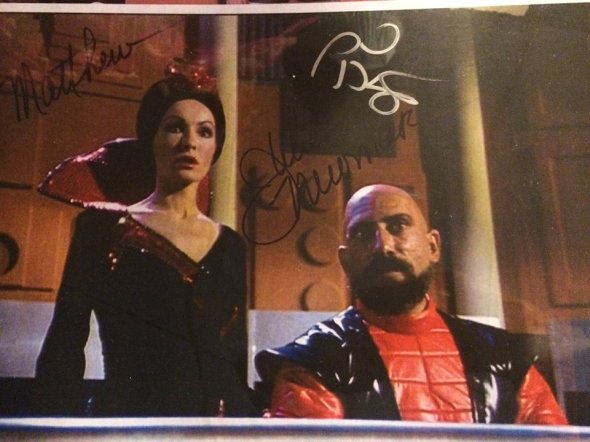 This entry was posted on September 7, 2017 by mathias42. It was filed under autographs, autogrpahs and was tagged with Buck Rogers, Julie Newmar, Sid Haig.