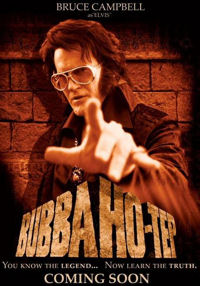 My friend Jennifer went into this movie cold – all she knew was it Bruce Campbell was in it and that was enough for her. Indeed, the pairing of Campbell and Coscarelli is really a match made in psychotronic heaven​. These two guys both wallow in the B movie genre, but when it comes to trashy horror flicks, they are at the top of their game.
Bubba Ho-Tep is the story of a mummy that comes to a nursing home to attack patients, but instead ends doing battle with an elderly Elvis Presley. Does that sound weird enough for you? Yeah, Coscarelli traffics in the weird and this is really an ideal project for him – fusing his very relational style of filmmaking with practical effects and B-movie monsters.  It features what may well be the last appearance of Ozzy Davis, which is kind of sad – I always felt like he was slumming a little bit in this movie – but he plays it straight and chews the scenery like a true B actor. 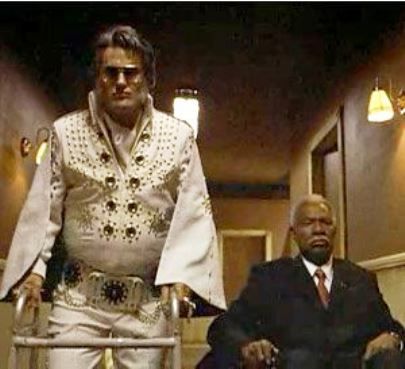 One of the things I love about this movie is that it really isn’t a check your brain and your kind of film… It requires a massive suspension of disbelief to accept the internal logic of this movie, but once he’s done that, you’re committed. Somehow, Coscarelli manages to make it all tie together… The guys over at Chinstroker versus Punter once mentioned that this felt like somebody was trying to make a cult movie, and you can’t do that. It just happens. I’m not sure if that’s really what the intention was, though this does have a lot of the hallmarks and in the end – that’s exactly what it has become… an endlessly re-watchable cult film… I’ve got no complaints about that!

This entry was posted on August 6, 2018 by mathias42. It was filed under Director Retrospective, Don Coscarelli, Uncategorized and was tagged with Bubba Ho-Tep, Don Coscarelli.