Right from the start you can tell Black Cobra four is going to be bad. It’s weird and grainy and the sound feels awkward– the music sounds like it comes from a 1940s film, despite being filmed in 1991.

I use the term “filmed” loosely by the way, considering this film was patched together from outtakes and redubbed clips from previous films with a little bit of new footage added. Williamson himself didn’t even know this movie existed until somebody confronted him about it at the grocery store – he didn’t shoot any new footage for it.

His Detective Malone has always been a bit of a one note character as it is – very standard action cop but in this overdubbed patch job, he feels even less developed than ever before. Because of all the useded footage, he ends up not having a lot of dialogue – and those long stretches of silence, add a far more brooding feel to him. It’s out of character, and we end up completely losing all of the charm that makes Fred Williamson a star. Williamson’s Detective Malone ends up entering a scene from the side, then vanishing for long stretches – almost disconnected… Like Bella Lugosi in plan nine from outer space.

The villain and the gang from the first movie are back (though now, there Islamic terrorists screaming “Allah is with us! “) kidnapping a brilliant computer programmer help them make better weapons. I suppose I should be relieved to see the return of the studded black leather, but really I’ve been enjoying the sequels a lot more than the original and this feels like a step backwards – a desperate step. At least they’re not so rapey in this film. The dialogue is clumsy, the music is canned, The dubbing is awful, and everything here is just a misfire.

It’s not just the dialogue, it’s the delivery – Fred’s side kick in this movie never shares the screen with him – although he does telephone him at one point. We only have the sidekick’s  side of the telephone conversation because of course, Fred didn’t actually film this movie. We have the detective wander in the room again when he hears a blender or a TV go on, and the dramatic acceptance when the witness offers him a milkshake. It makes for a rough viewing. By the halfway point, I was ready to give up but stuck around because sometimes the third act will make all the difference.

It didn’t, but at least it was least talky so I could use the fast foreword more often. We have our  rescue missions that thematically should be run by the hero… But again, Fred Williamson isn’t an actually here! at 12 minutes to go, I was just watching the clock. Even for mediocre low-budget action series like this, I wanted better for it.

Shockingly, it may just be that this entry didn’t completely kill the series! IMDb reports a new production, the Black Cobra Returns in preproduction right now! We’ll see if this actually happens, I think I might just be down for that! 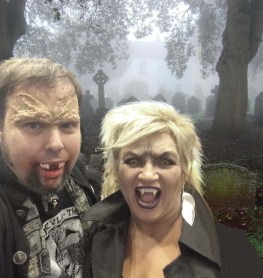 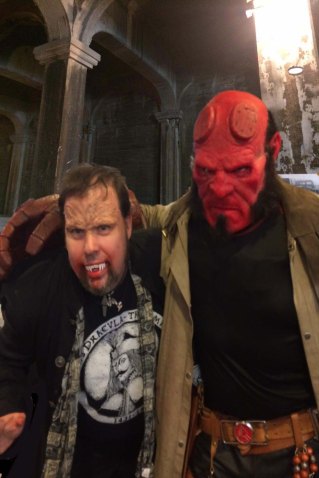 It’s a new take on my general vampire look..more pointed teeth. It was a big hit at Horrorhound last year!