I trudged back to my car in my monkey feet and bathrobe, head still in my hands. A woman yelled out “Looks like a rough night. You just getting up?”. Her companion shook his head.”Look at him. He’s not getting up. He’s STILL up!”

That’s about right for Wasteland. Late night parties. Early morning ones to – I was actually one my way out after a breakfast party in the snuggle dungeon when I was spotted. Around the corner, my friends Rhonda and Chriss were playing Choking Hazard with a young woman named Brooke. They had thrown out the rules and just kept throwing down cards until they had transformed the Cyanide and Happiness game from a comic strip into almost an animation.

Back inside, Gunga Jim handed out tiny hands before screeing I Eat Your Skin; the bottom half of the traditional bill with this years featured reunion for I Drink Your Blood. Jim’s commentary made I Eat Your Skin almost tolerable, and I realized I’d never actually seen I Drink Your Blood. It’s extremely seventies and while i knew the two movies weren’t related, I never knew HOW different they were. This was the right way to see it though, with an audience.

The cast was having fun meeting the fans, many of which had never done a conention before. This isn’t unusal. Wasteland tries to draw people that other cons overlook. While I waited in line, I helped Mink Stole (One of John Water’s troupe) figure out the camera on her phone.

Tracy the Gorilla was a big hit. Wasteland isn’t really a cosplay show, but when I put together the gorilla ghostbuster, I figured I’d be able to get away with it a couple of horror cons as well as events like ConCoction. It may be the novelty made him more popular at Wasteland. I’ve never taken as many photos with people at this show before.

It’ll be another six months before we go back (though they are starting up the movie nights this August, so yay), and it can’t come soon enough. 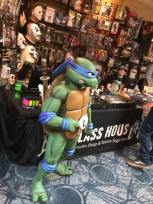 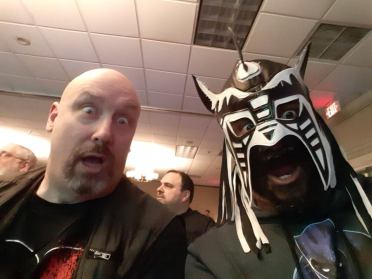 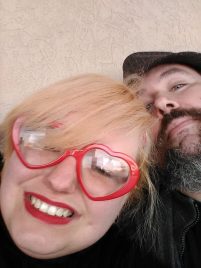 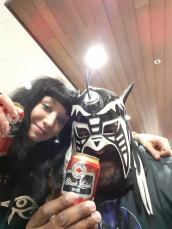 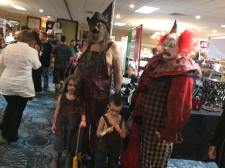 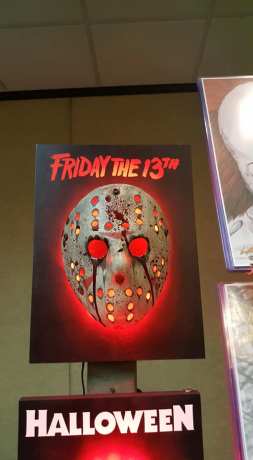 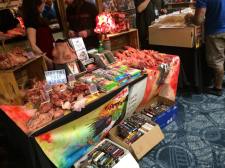 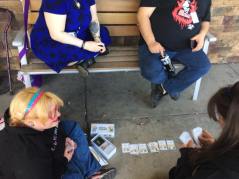 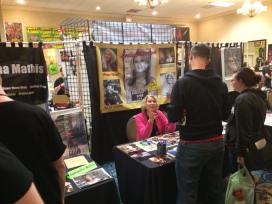 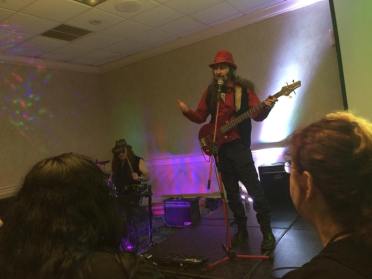 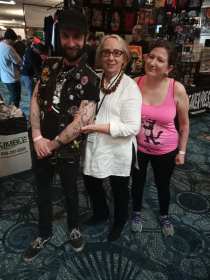 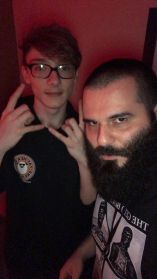 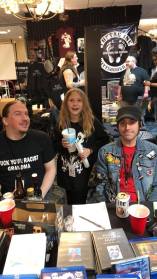 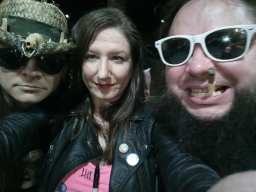 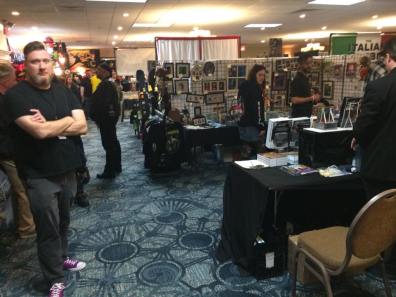 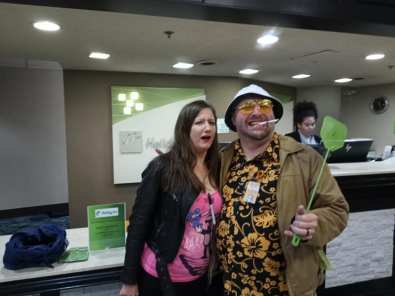 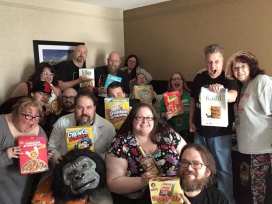 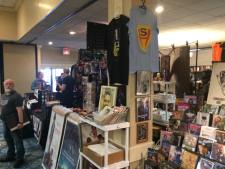 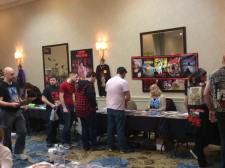 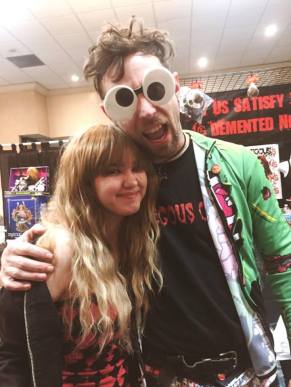