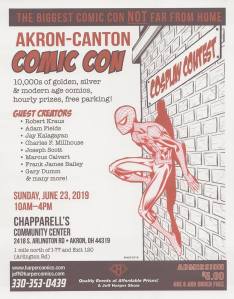 The Harper shows are a constant. They never change all that much, so I figured I knew what was in store for me Sunday. But I always forget – summer cons mean wardrobe malfunctions.

I had thrown up a poll to see what costume people wanted to see, and my old Mr Freeze won in a landslide. At 96%, it wasn’t even close. It had been over two years since I had Freeze out, and as I pulled it out, the wear showed. I had a lot of patching to do, including re-attaching one of the oxygen tanks to the back (and figuring a new way of doing so that didn’t just involve boat loads of glue). Also, my Freeze gun was missing. By “Missing” I mean, buried somewhere in the attic, but nt where I can find it to lay my hands on it. I looked around, trying to figure out what to do, and then decided to build a

new on up around my Kyberlight lightsaber. It ended up being massive – but that’s not a bad thing. A bigger gun is far more reminiscent of the film Freeze. I packed the armor in the car and left the windows down during the early service at church. I was hoping the summer sun wouldn’t melt anything.

I started to suit up in the parking lot. It seems like this used t be easier. it certainly was when I tested it at home. The velcro tabs on the sides didn’t seem to want to hold. there was plenty of room, but they just kept coming loose. Finally I got the chestplate on and was looking for the gauntlets.

On of the air tanks came off. The hot sun had caused the glue between the metal clip and air tank to separate. Grumbling, I reached for my repair kit and grabbed a razor. I cut a lip in the tank (made from a couple of two liter bottles) and slid half the long clip inside the painted bottle itself, then the other side into the slot on the back of my armor. I prayed it would be enough to naturally clamp together, and went back to the business of putting the chestplate back on. Seriously, one velcro fastens then the other pulls off…Finally, with the armor on and the first gauntlet over my wrist…

The other tank came off. Out came the razor again, repeating the same proceedure. Back into the chestplate. Gauntlets on. Gloves on. Bald cap in place. Belt was sagging with the midplate a bit, but I’d have to live with it. 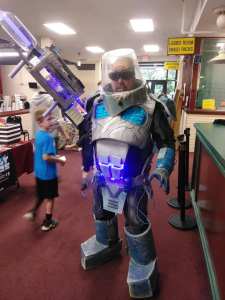 The goggles chose that moment to break, and I found myself rejiggering the clutch on the side that adjusts the tension. It was another few minuets before they were workable, and I finally slid my dome into place. I picked up the freeze gun and the muzzle promptly slid off the lightsaber. The sun had melted the glue holding this into place as well. I slid it back on and decided to let it float. It would allow me to grip the second handle sideways giving it a more industrial look, but it also meant I’d have to make sure to always point it up. If I relaxed my grip downward,  the front would side off again. Fine. Lets get into the show.

I have to admit, I dig this venue. The split level with the snack bar and some good dealers makes it a nice set up. The costume contest draws an interesting crowd as well. I think it pulls in more young people than other Harper shows do. Over the years I’ve really seen

the costume talent here develop into something impressive, from the amazing Umbrella ninja to the Carnivale Wonder Woman, the competition here grows better every year.

My favorite outfit of the day however, had to be the demonic Ronald McDonald. The young lady in the suit was totally into it and created a cheerfully creepy visage. I love these kind of mash ups, and was totally rooting for her in the costume contest.

I was happy to see so many fifty cent bins and even managed to plow through the single quarter box at the show, scoring a stack of vertigo books I’d always meant to check out and finding the completing issue of two different mini-series I’d been collecting. The vendor knocked a dollar off the already deeply discounted books and even better, he offered to hold onto my bag until I was ready to leave so I wouldn’t have to lug it around in the bulky costume. God bless this dude.

I missed seeing a lot of the friends I regularly run into at this show, but still had a nice time at it. It’s not hard to make new aquantances in this environment. I’m always amused when I look out and see a bunch of heroes sitting at a table with the lunch they just bought at the snack bar, or playing a board game. It’s a surreal image. There were some artists I recognized from Woo-Con and Akron, as well as some great booths. I found one table full of Godzilla movies, along with a book on Japanese film. The LaGrange table was selling old theater signs and there was an amazing selection of He-Man toys in the back. That’s really what the Harper shows are about – interesting buys and good shopping.It’s a nice little con with good deals and interesting artists, and that’s why I keep coming back. 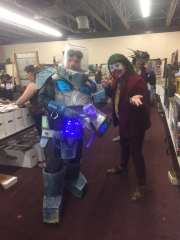 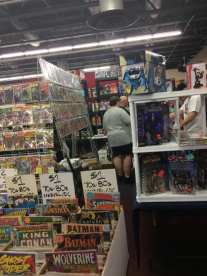 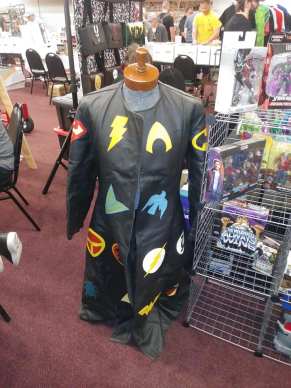 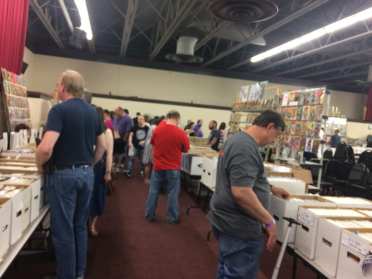 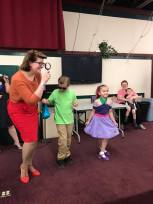 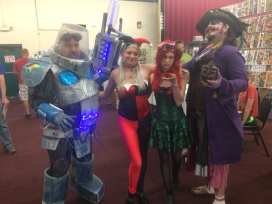 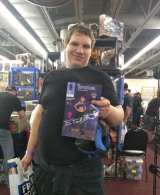 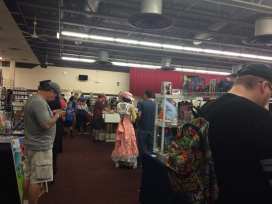 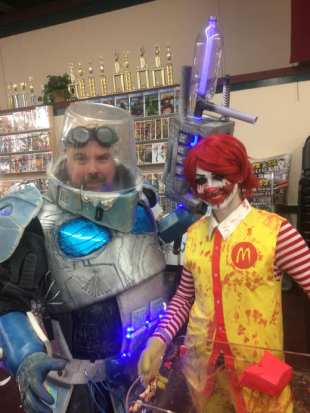 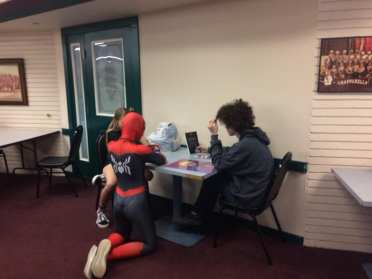 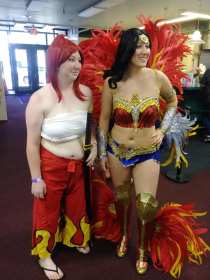 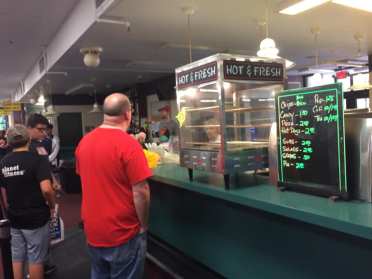 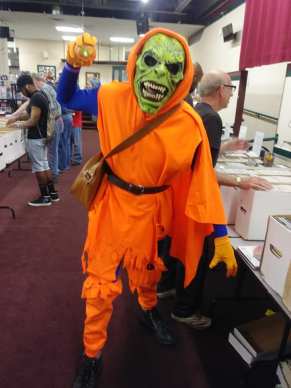 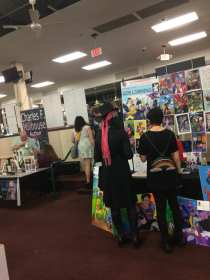 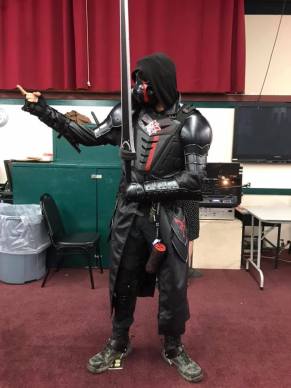 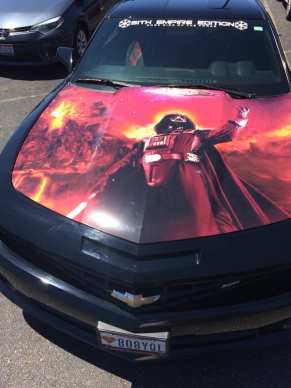 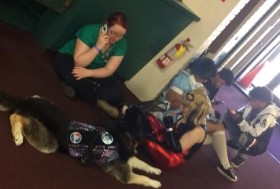