The problem with trying to blog about Cinema Wasteland is that by the time it’s over, I’m too exhausted to write about it. Add to that the family hauling me out to Cedar Pointe for Halloweekends on Sunday evening for haunted houses, and this morning I’m wiped. 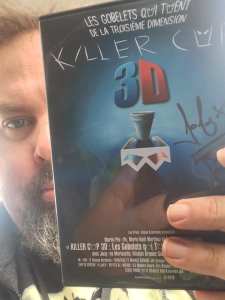 There were a number of films I wanted to catch this weekend, chief among them, two ridiculous pieces are about inanimate objects as monsters. Killer Cup 3-D was an outrageous piece of cinema, positing styrofoam coffee cups as killers. The evil cups would have faces carved and occasionally sculpted into them, as they attempted to eradicate humanity. One family survives, complete with remote control cup driven tank to help fight back. It only gets more ridiculous from there

This paired nicely with The Day After Gnomemorrow – which was a bizarre parody of Richard Matheson’s  I Am Legend, only instead of vampire like zombies we have garden gnomes attacking and killing any human they can find. This is pretty much exactly the kind of movie wasteland is all about.

I was excited to get a couple of new signatures on my Romero zombie posters, Christine Ford Romero in particular was wonderful to meet and hear her stories about George’s creative process. Also interesting was Christopher Neame. He is a character actor that’s been on all sorts of television (how did I not know he was in both the Flash and Human Target?), but maybe most notable for taking the lead as Johnny Alucard in Dracula 1972. It’s never been one of my favorites -I’m more a fan of 1970’s New York rather than 1970’s Chelsea or London.  Over the years however, the heavy occult influence has begun to appeal to me. Listening to Neame speak (in those gorgeous British tones)gave me a new

appreciation for the film and what it was like to work with Peter Cushing.

“After a take, Christopher Lee would head back to his trailer and sing opera. But Cushing was really one of the guys… He is very warm and sociable with all of us. This was very shortly after his wife had died, and they were just absolutely devoted to one another.  After the shoot he gathered all of us together and told us that if it hadn’t been for this cast, all these wonderful young people, he couldn’t possibly made it through the film. It was something that touched my heart so greatly.” 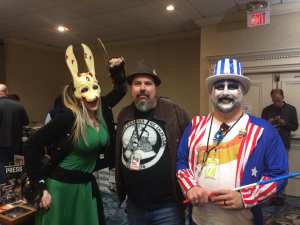 Of course Wasteland is one of those places I go to see friends twice a year from out of state, as well as the friends who are here year around. It’s a funny thing, as I’ve gotten older, I seem to be watching fewer films there because I get caught up hang out with people. You walk by the bar and someone calls the your name, then suddenly you’re looking down at your watch and realize that you’ve been chatting so long you’ve missed the first 45 minutes of The Green Slime. Wasteland is family.  You know what was really weird this time around? Even though Wasteland isn’t really a cosplay kind of show, it seemed like most of them were dressing up for the one show I wasn’t!

It’s always a great time to be had and a great atmosphere to be in. Wasteland provides me with films that I’d never know to seek out on my own, curious old fare like The Sorcerers, Vengeance of the Zombies (thanks Gunga Jim!) or newer indie films like Retribution. It’s this kind of stuff that I actually enjoy way

more than the predictable things like Witchfinder General or Martin. I was also really digging that they were screening the entire first run of the Flash Gordon serial in several chunks over the course of the weekend.

We always top things off on Saturday night with games and general lunacy – A. Ghastlee Ghoul hosting impromptu readings of pulp trash novels, horror host dance offs, and the ever popular game “what’s in Jeff’s underpants!”

I tell you what, I should start taking Mondays after Wasteland off because I almost feel like I need another day to recover, but in the end, it’s just the medicine I need, twice a year, and I’ll be back in April. 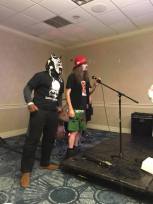 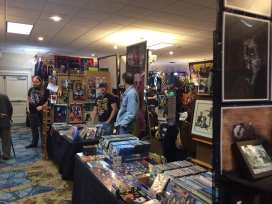 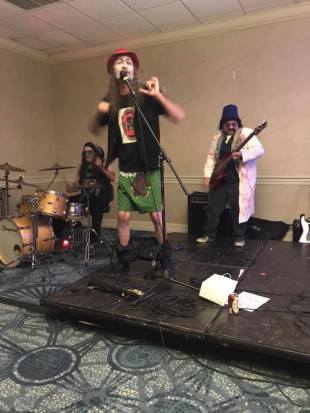 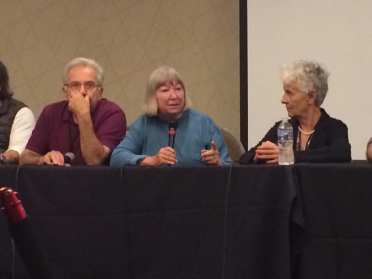 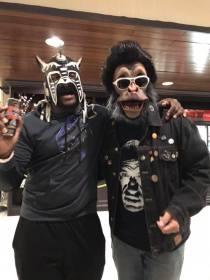 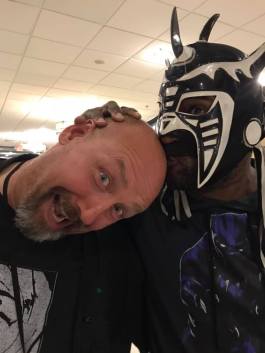 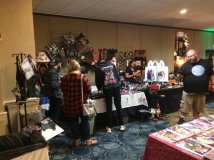 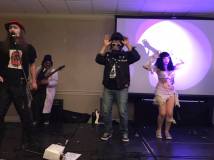 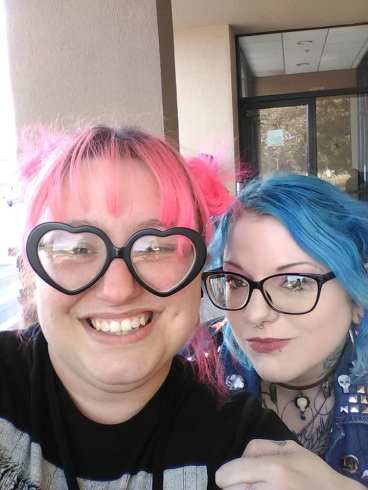 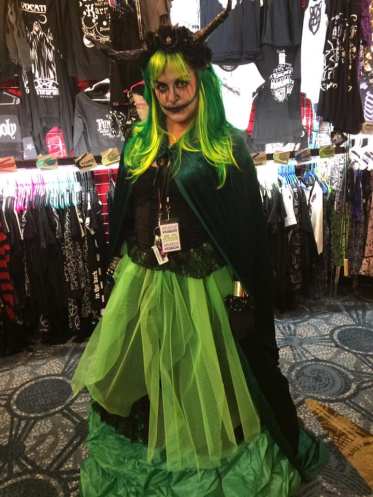 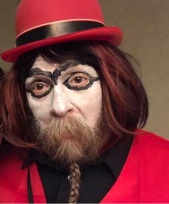 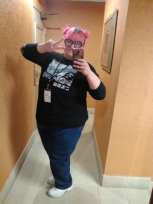 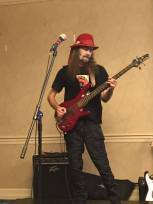 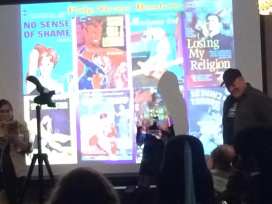 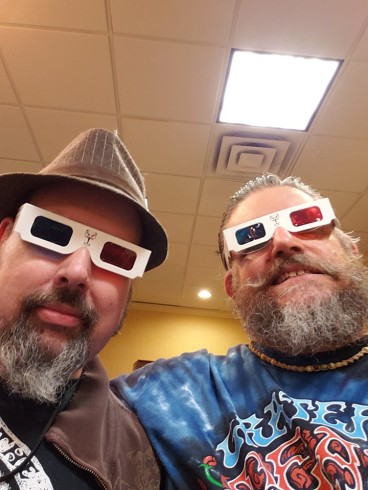 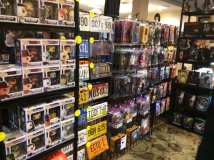 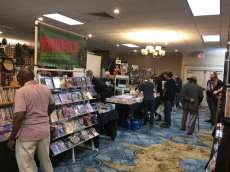 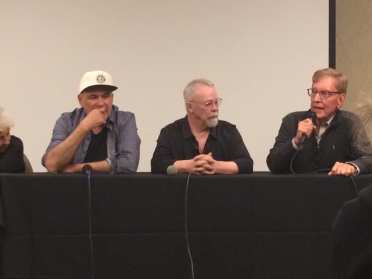 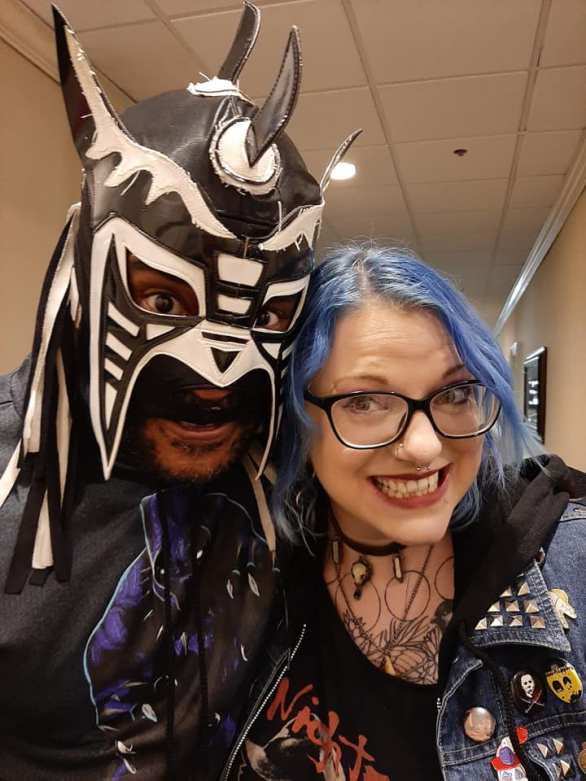