While I’m personally not a huge fan of Star Wars I still watch the movies. No matter what your opinion on them however, there is no denying the impact it had on modern films – and of course that means It’s going to get ripped off.

Roger Corman predictably kicks off this list with “battle beyond the stars “. 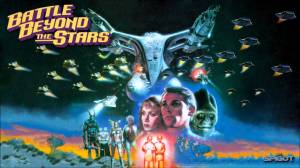 I didn’t watch the Walton’s, in fact, the first time I saw Richard Thomas was in Stephen kings “it “. I’ve never understood his appeal, and I don’t get why he was chosen for this role. The effects are passable, but honestly, you know the movie is bad when even the redoubtable John Saxon can’t save it!

What Corman gets right, is the balance between the young wide eyed mystic, and the grizzled smuggler. That dynamic drives the Star Wars movies and they give it a very good shot here, but ultimately it’s a bit of a failure. 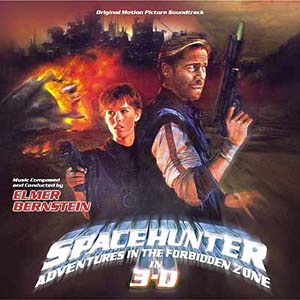 Next up on the list is “Space hunter “. Perhaps I relate this to Star Wars more because we ended up going to this movie when we couldn’t get tickets for Empire strikes back. It’s got a lot more in common with the post-apocalyptic feel of mad Max then Star Wars, but the laser and space opera feel – along with the villain have a very happy Star Wars vibe. I was the one boy in the 80s that was not in love with Molly Ringwald, So her present here is really no drama for me. Peter Strauss is fine, but the real bright spot of this movie is an early role for Ernie Hudson and I love him for it. It’s worth tracking down though skip the 3-D version, it does nothing for it.

Space Mutiny is one of those films that immediately comes to mind. Large open stages littered with high-tech looking junk, spandex costumes, big hair, along with a sci-fi golf

cart propel this film towards mediocrity. It also happens to star Reb Brown – the actor made famous for playing the titular character in the TV adaptions of Marvel’s Captian America – you remember, the ones where he rode a super-cool red white and blue motorcycle (it was the 70’s) and carried a transpaprent shield because the motorcycle helmet wasn’t enough to protect his head from the machinations of Christopher Lee.

Reb is still buff in this film, and still loves his helmets. Fortunately, it’s a better movie than either of his Captian America outings, but not by much.

There is a marvellous MST3K version of it and thank God for that by the way. Some film are only watchable when bolstered by the snark of two toy robots. This is definatly one of those films. I highly recommend seeking that out rather than watching the straight film. This movie is notable for having special effects ripped straight from “Battle Star Galactica ” I don’t know how they got the permission to do that, but man is it wierd. They run them upside down and in wierd directions to throw you off, but you’re not fooling 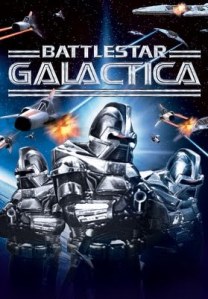 anyone movie! I’m on to you!

Speaking of Galactica, it’s a good pick to as we near the end of this list. The look and feel was similar enough that Lucasfilm sued for the filming techniques used on the models – the lawsuit failed, but BattleStar Galactica has a much more Star Wars feel to it than the series that directly succeed it – “Galactica ’80” and “Buck Rogers”.

Oh but we’re not done yet. I haven’t even mentioned “Star Crash” yet! It’s not Corman, but man does it feel like it could be. Caroline Munro is in this as well as Christopher Plummer (and once again I find myself asking “What is he doing in this movie??” For such a high quality actor – A list for sure, Plummer sure does make some questionable decisions on roles). But that’s not the half of it. I have two words for you. 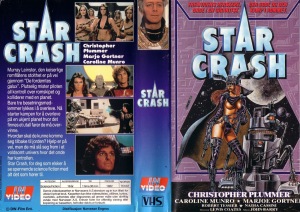 That’s right. The Hoff is here and still in his white-fro days.

The look of this film was obviously designed to directly ape Star Wars, with many of the characters borrowing thier design
directly from it.

The story itself however, is nothing like Star Wars – and the design choices confuse, particuarly when you have good guys in this that look like bad guys in a New Hope.

This is a fun ride, mostly because we get to watch these familiar and beloved actors in such roles that are just plain WIERD. 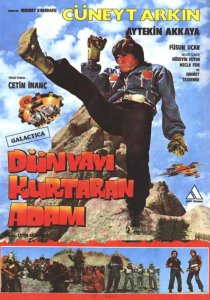 One last honourable mention is “the man who saved the world “better known as “Turkish Star Wars “. While the story does have certain messianic themes to word that draw parallels to a new hope, the main comparison is the special effects – stolen directly from Star Wars, washed out and looking like somebody filmed A movie screen and then dropped the footage into the film. I’m not even upoading a trailer for this one. Bootlegs are plentiful.

This entry was posted on January 14, 2020 by mathias42. It was filed under Argo City Movie Night, Uncategorized and was tagged with Battle Beyond the Stars, Space hunter, Space mutiny, Star Crash, Star Wars, Turkish Star Wars.