I headed out to the Toyhio show this weekend. It’s one that I’ve heard it before, but never actually made it out to because it’s so far out… past Akron, past Warren, past Youngstown, so close to the border that if you sneeze really hard, you’ll find yourself in Pennsylvania. Nevertheless, Toyhio is the first show since the Covid scare to gird it’s  loins and say “Yes, I’m going ahead with my event”. I absolutely want to be there to support them, because somebody has to go first.

It’s not what I call a full-fledged convention, there is no programing. Much like the Harper shows, it’s a swap meet, a one day flea market, a wide ocean of toy vendors. I only saw one attendee in a costume, other than the local chapter Starfleet, which had a table with costumed characters and even a tribble throw game, all raising money for charity.

Don’t let that description under sell you though. While it’s all just one vast dealer’s room, it’s one of the biggest ones I’ve been in. The tables stretch on endlessly, wrapping around corners, through the foyer, through doors and hallways or doors… It’s exactly that sort of labyrinthian maze that really appeals to me, with the promise of secret treasures hidden

in the furthest depths of the maze. I noted that the promoters had requested vendors to limit dump bins of loose figures, and was pleased to see that they had disregarded that request. I dove in and dug endlessly.

To be clear though, this is really a collector focused show. If you’re the kind of guy who is searching for that one specific transformer where they painted the stripes black instead of white, or that one action figure that they only made 3 1/2 copies of, this is a place for you. Lots of figures behind glass, tons of vintage things that are still sealed in the box. A collector could walk into this room with $1000 of cash in his pocket, and walk out broke.  I, on the other hand, am one of those guys always searching for deals. Those are harder to find here, but they do exist. I manage to score some battered he-man vehicles cheap, and wrecked the quarter bins of comics I found, as well as finding the loose Ghostbusters figure I need to customize into a Tracy. By the way, what’s going on with the Real Ghostbusters? They all suddenly shot up in price, both here and online! I’m seeing vintage ones still in the box EVERYWHERE now, and the loose, beat-up figures with no accessories that I was paying 3 to 5 dollars for a year and a half ago or suddenly now are

The real find of the day for me though, was a loose Joker figure from wave one of the superpowers collection. I passed on a ridiculously low priced one several years ago at Great Lakes  Comicon, and for me to find him here at that same price… Well I didn’t hesitate this time. He’s one of those figures that fetch  ridiculous amounts of money, alongside Batman figures from that line and I never thought I’d actually managed to complete the collection with him on a bill. His suit’s discolored a little, and there’s some paint worn off that I can restore, but all in all, I’m thrilled to have him sitting up there on the shelf with the other figures, right next to the penguin.

Toyhio is a really fun show. I’m pleased to say it was well attended, drawing well over a thousand people with lots of parents bringing kids to browse through the wares. I wish it were closer, because I suspect that it would be a regular afternoon stop once or twice a year, but considering I’m spending as much time driving to and from it as I am lurking through the halls, it’ll probably be a while until I return. Nevertheless, if you’re in eastern Ohio, this should definitely be on your event list! 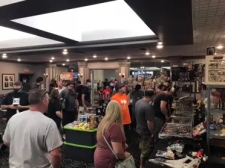 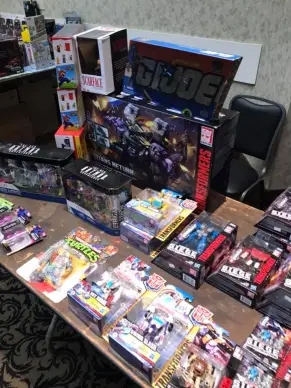 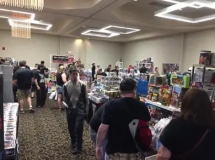 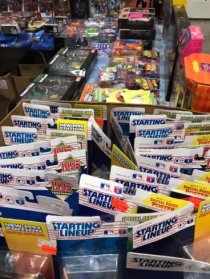 This entry was posted on June 22, 2020 by mathias42. It was filed under Comic Con, Con Man, Uncategorized and was tagged with Toy convention, Toyhio.