It’s probably time for me to weigh in on the whole Batman thing. Funny, this photo came up in my feed today. When Ben Affleck was announced, I vociferously defended him 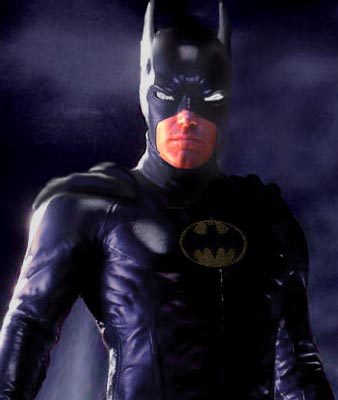 when the rest of fandom was taking a steaming dump on the casting, and created this image to visualize him in the role
.

I also defended Pattinson . He’s well past his Twilight days and has done some GREAT work since then. Heck, he did some good work in Harry Potter BEFORE Twilight. I’m not holding that against him.

I’ve seen the trailer. I hate the suit. I see nothing in it I haven’t seen done before… and better. I’ve got NO problem with Pattinson as an actor, but I don’t buy what I’ve seen of him as Batman. My first impression from these trailers is a hard pass. Not because Pattinson used to sparkle, but rather because I’ve seen it done better. Way better.

I’m actually glad I’m getting more batfleck in the Snyder cut and the theroetical Flash movie (I’ll still plotz if it ever actually comes out). Ben has managed to become y favorite cinematic Batman despite being saddled with somewhat lackluster films.

This entry was posted on August 24, 2020 by mathias42. It was filed under Batman, Superhero movies, superheroes, superheros, Uncategorized and was tagged with Robert Pattinson, The Batman.