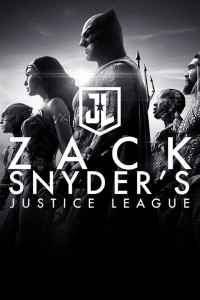 The Snyder Cut to me feels like very much the same movie, but more of it. The episodic chapter breaks help, because this isn’t paced ANYTHING like a normal film.

Ever see that episode of Family Guy where Brian meets George RR Martin? There’s a line where Martin tells him “You just got high and slapped together a bunch of sci-fi and fantasy tropes!”
“You could tell I was on drugs when I made this????”Brian asked, shocked.
“Oh yeah,” Martian relies. “thing is, Drugs don’t make you write good, they just make you write LOTS.”

Special Director cuts are kinda thier own drug….

But like I said, It really helps (me anyhow) to see it broken up and almost presented as a mini series rather than a film. You can definitely see the path Snyder is taking. I will say this – it kept me watching, the whole time through. A five min pause here or there to hit the bathroom or refill my cup. Some chatting online with others watching it at the same time and jotting down my thoughts in a FB thread, but no real distractions. No painting and building a costume while I watched (I was going to finish the BvS helmet while I screened the film, but ended up never touching it), no fast forwarding, 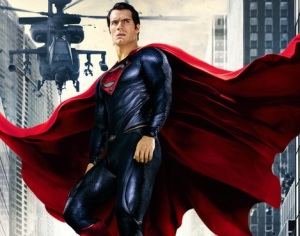 no folding laundry, no stopping it and picking up a couple hours later. It kept me engaged enough to do the whole thing in one shot.

I think my great frustration with justice league has very little to do with the Snyder cut itself, it’s that people didn’t give The theatrical cut more of a chance. I’m more than four years old. I remember the whole of fandom hating on Snyder, calling him a hack, saying he didn’t know what to do with these characters, and rejoicing (I mean it. Cheering and celebrating) when he left the DC movie scene. Those same people are calling this the greatest epic in….ever! A different movie! It makes me angry that Whedon’s cut was ever released! (all actual comments I’ve heard).

I didn’t hate the original. I thought it was fine… just not spectacular (which is really what everyone expects). The CG erasing Henry Cavill’s mustache never bothered me (I can’t even really see it unless it’s pointed out to me), and you know what? I still stand by my defense of the Martha moment and BvS as a whole. A lot of people who hated the original however, seem to love this one – which is what I find perplexing, because all the things I hear people saying they see in the Snyder cut, I saw in the original. Affleck is still an amazing Batman, Cyborg was always the heart of this team ( I didn’t even care about Cyborg in the run up to the movie. The actual theatrical film MADE me care about him because he was done so well)… And a brilliant representation of the character. The theatrical cut was still epic, still had tones of 300 in it. But I genuinely believe people went into the theatrical cut expecting and intending to hate it (in the wake of Batman versus superman) as well as comparing it to much better films. All the criticism that I saw though, too dark, mischaracterizations, overblown, it’s all still here in this Snyder cut. All the good, and all the bad from the theatrical cut. Clownfish TV made a good point – the Snyder cut is still a mess, just like the Whedon cut, it’s just that this mess makes a little more sense.

It’s not the praise for the Snyder cut the bothers me. It’s the t 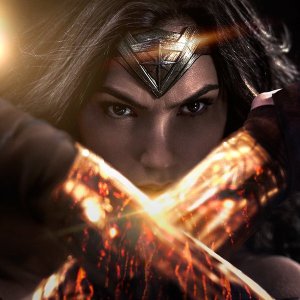 rashing of the theatrical. Both have the same DNA and far more in common than difference. It’s kind of like the outsized praise Wonder Woman got. That’s a good movie. But it’s not the ultimate triumph it was lauded as (In equal parts because it was female led and directed, and because it was the first DC movie that was better than “okay”). It feels like the Snyder cut is being given outsized praise because of all the good will that went into getting it released, not necessarily because of the film’s merits in of themselves.

Steppenwolf is still a lame villain, and I got to say, I absolutely hate everything that they did with the apocalypse characters. I hate the design. But that’s nothing new, I hated it In the original one too. I also seriously do not care for CGI barbarian Darkseid….fortunately his appearance improves greatly later in the film. On of my friends objects to my characterization of Steppenwolf as a wierd choice for the villian.
“You obviously don’t know much about the Fourth World.”
I have a passing familiarity with it but no, I’m not steeped in the lore – and that’s kind of my point. If I’m not completely up on Kirby’s New Gods saga, the general public DEFINITELY isn’t! That’s what makes it an odd choice to me. Loki was a good choice for Avengers since he’d already appeared in Thor and was an integral part of his mythos (Like say, if Lex Luthor or the Joker were a villian in JLA). Steppenwolf though….The Projection Booth podcast had a good observation. Marvel took 20+ movies before they got into the crazy, out-there stuff like Thanos and infinity stones and gauntlets and such. DC gets four movies in and throws Jack Kirby’s wildest creations right at you. This is advanced DC lore, not the entry level stuff we should be seeing at this stage in the game.

As the movie went on, this thing just stopped dead in its tracks right in the middle while they come up with a backstory for cyborg and flash (I will say this about the flash, I agree with him… I too, am a black hole for snacks – a true snack hole). I understand they had to do that, 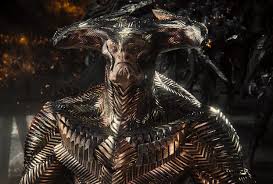 because then established in the previous films, but man it just kills all momentum. I remember always being perplexed that they didn’t use the CW shows as a jumping off point. They already had a universe built, which would have made a great foundation here, even with the tonal difference. They also had a far less annoying Barry Allen. like there’s this scene when Barry was trying on different hats, and asking Aquaman what he thought, I really wanted to see Arthur just backhand him and tell him to get in the truck. I was also kind of waiting for them to say “run Barry run” just before he activated the mother box.

I really do like this version of Commissioner Gordon, and wish we had gotten More of it. (of course I really wanted more of everything with Affleck’s Batman!). However, this movie really does get laden down With having to produce an enormous amount of backstory. I can see why so much of this got cut. The episodic format here actually 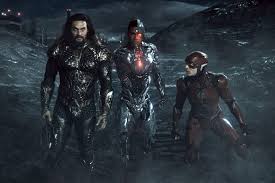 works in his favor with all this extra stuff. Definately a better ending yes, and I really needed more Darkseid. I’m glad we got him. But I think Batman’s always been done well in these (I don’t get why people never saw that before), and I honestly don’t see how flash and Cyborg got shortchanged in the theatrical or how they were better here, there was just more backstory – all of which ground the movie to a screeching halt and should have happened elsewhere. I’d also say the only difference between this Leto Joker and the other was the lack of tattoos and gold teeth. Yes, I realize that it’s tough to look past that misguided appearance and actually watch the performance, but that performance in JL was EXACTLY the same one I praised in Suicide Squad.

All of this brings me back to my original impression. This really is the same movie. just more of it. And by the way, that’s not an insult. All the way back at the beginning, remember, I said, I liked the theatrical. It was fine. This is too. But I still have all the problems that I did with the original – the darker tones, and the general feeling of “I waited all my life for a Justice League movie – it’s a shame, this dark and gritty version is the one we ended up getting”. Gary at Nerdrotic actually had a great take on this – in the tradition of DC, this is an Elseworlds story. And it’s a spectacular Elseworlds tale, an imaginary story much like the stack of injustice trades I’ve been reading lately, but it’s not what I’d prefer as the prime timeline. that would look a lot more like the CW shows, but without the Social Justice. Indeed, I remember looking forward to the arrowverse crossovers like World’s Finest even more than BvS or JL. I recall thinking, “This FEELS more like the real JLA than the movies – and isn’t that kind of a shame?”

I’m also not thrilled with where things would go. According to the Projection Booth podcast, Snyder is on record as saying the next installment would be the Knightmare film – Batman would have fallen in love with Lois Lane, but would be unable to sacrifice himself for her and she dies at the hands of Darkseid, causing the dictator like Superman we see in the dreams. The next film would be him trying to turn back time and set things back to normal. That’s right. It gets darker. That’s not really what I wanted.

but at the same time being glad just to get it and being especially glad that for once, the film industry heard the cries of the fans, and finally gave them what they wanted. 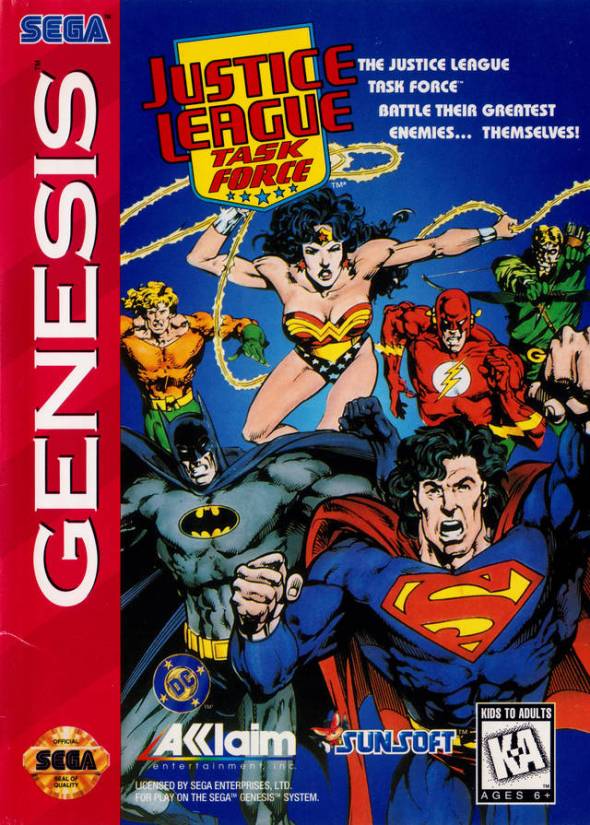 This entry was posted on March 25, 2021 by mathias42. It was filed under Argo City Movie Night, DC, Superhero movies, superheroes, superheros, Uncategorized and was tagged with Justice League, Snyder Cut, Zack Snyder.