You know, as I looked at my stack of comics last week, I feel a little bad that there’s only one DC title. Then again, marvels kind of dominating things right now with their Devils Reign event and all of its tie-ins. I suppose I make up for the lack 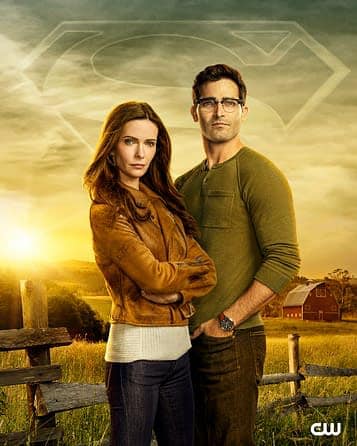 of DC comics by focusing on their television instead. I did manage to catch up with Superman and Lois, and my opinion hasn’t really changed. It feels like the last three or four episodes have really just been about cramming as many confusing and heartbreaking emotions in to the viewer as possible and it’s beginning to wear on me a bit. It doesn’t help that they are also indulging in the same, played out “the government is evil” trope that Star Trek Picard is beating into the ground as well… But at least Superman and Lois is watchable The Flash is back as well, after a reasonably strong start with the Armageddon miniseries. I know, technically that’s supposed to be a arrow versus crossover, but considering that we’re crossing over with two canceled shows, and one that nobody’s watching… It’s really just a flash show. In fact, this is turning into the best way to showcase some of these characters. Since justice league tied up the rights to most of the main line DC heroes after the flash, The CW is had to pursue increasingly obscure characters… And it stopped working a while ago. Bringing them in as guest heroes though, that’s actually not a bad idea at all, it has been a lot of fun. It’s 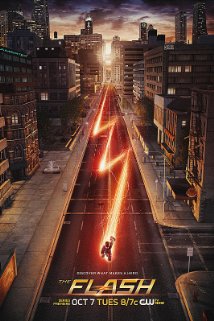 helped The Flash kind of reinvigorate the series, after a very slow start to the last season (but also very strong finish)

There’s a bit of a caveat when I say The Flash is back… Because The Flash doesn’t actually appear in this episode. This one is strictly an excess and impulse story, where they’ve done something that messed up the timeline, and they have to go back and fix it… All the way back to right after the explosion at Star Labs. Back to a time before The Flash existed. It’s a good and fun little romp, but this feels suspiciously like a back door pilot to show the chemistry between excess and impulse as they engage in some speedster highjinks.

Actually, that sort of makes sense considering The Flash showrunner Eric Wallace revealed to Comicbook.com that he’s currently writing the Season 8 finale as if it also needs to be a proper sendoff for the series. If that’s true, then I’ll tell you this much, I expect a spectacular season this year, with the show trying to go out on top. 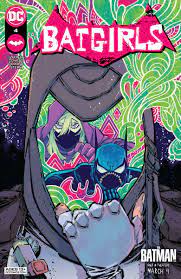 Back to comics, I’m still on board the Batgirls train. Really, the thing that we’re reading this for is a relationship between Steph and Cass. That’s a good thing too, because the current story arc feels like it’s stretching out a little bit too long. This issue feels a lot like filler, with half of the book literally taking place with them going out cruising and checking out a used bookstore. We’ve got Stephanie explaining to Cassandra terms like BFF or Bestie, and it’s actually a little weird. I get what they’re going for and how they’re building this friendship, but we have Cass portrayed is shockingly naïve in a lot of ways, despite being In Barbara Gordon’s care for a long time (an entire series even! Remeber that 2000-2006 run kicked off by Kelley Puckett and Scott Peterson?). Then there’s the constant affirmations that Cass makes to Steph. We get it again in this book… In fact it seems like it’s I requirement that at least once an issue somebody remind Stephanie how amazing she is. Again, it’s weird. Steph is already a complex character. She is broken away from her super villain father, created a superhero identity in the Spoiler, been trained in large part by Robin, falling in love, falling out of love, gotten pregnant, become Robin, died… No, wait, faked her death… Came back, then has been Batgirl. All of this, and she still needs daily girl power affirmation from her best friend?

It makes me wonder how much of both of their canon has been dropped in the face of the constant DC reboots… New 52 to  rebirth to whatever this currently is. It’s a shame actually, because these desperate attempts to shoehorn girl power and strong female characterization into these characters feels forced, mostly because they already WERE strong female characters… and this kind of stuff actually deconstruction chips away at that. It’s a step backwards, not forwards. Whatever, I’m still going to enjoy Steph and Cass bantering back-and-forth.

Devils Reign continues to be good stuff, and actually so does the Superior Four. It’s one of those tiles that probably didn’t even need to be tied into Devils Reign, it’s got enough potential on its own in a what if sort of way. But the real find this month, is the Moon Knight tie-in to Devils Reign. 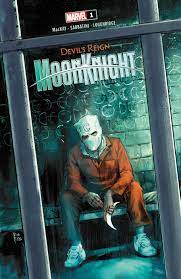 As I mentioned a week or two ago, I do enjoy prison stories. Devil in cell Block D was a brilliant handling of Daredevil, and the Punisher really works in those sort of context as well. Just look at the first chapter of Circle of Blood, or the one shot The Cell. This feels a bit like an amalgam of both. We have the skill and cunning of Daredevil, mixed in with the murderous brutality of the Punisher.

It’s a straightforward story. Moon Knight gets himself caught and thrown in jail to get at a particular con in there… making his way to him and his bloody revenge through a trail of broken bones and beaten down prisoners. It’s a solid one-shot adventure for people who like this sort of thing. I’m not a huge Moon Knight guy, so it’s hard for me to say what the appeal would be to his fans, but I really enjoyed it despite not being a fan.

I admit, the more I am trying to ease back into reading modern comics, I’m discovering… I’m getting very tired of the Multiverse. Look, this was cool back in the 70s and 80s when DC really kicked it off. It allowed us to have the golden age superheroes on one world and the modern age ones on another… We could have back up stories about golden age Batman and the huntress, and All-Star squadron running… Completely doing their own thing in continuity. At the same time, we could have Superman and Wonder Woman and the Justice League over on another rack, never touched by the events that were happening on earth 2… Except in the very rare crossover every few years, when that you were us would get together and battle a threat like the Crime Syndicate on earth 3. Even Marvel approached it this 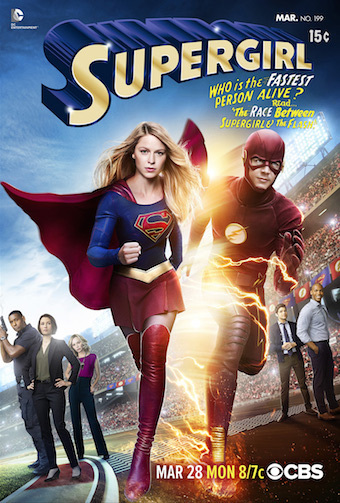 way around the turn of the century when they were really pushing their ultimate line. It was confirmed that the ultimate comics weren’t just their own continuity, but their own universe when the fantastic four accidentally crossed over into the Marvel zombies universe. Then somebody had the bright idea that the MCU would be just another stop in the Multiverse… And DC then picked up this ball and really ran with it on The CW. The Flash was the first showed a really tie all the various sundry DC properties together, even with that first, brief glimpse of John Wesley Shipps Flash from the 90s projected in the vortex as Grant Gustin hopped worlds.

But now it’s everywhere. I mean everywhere. Hopping between parallel dimensions and worlds is done with the same ease and regularity of jumping in your car and driving one town over to see a movie. What used to be the domain of imaginary stories and rare crossovers has 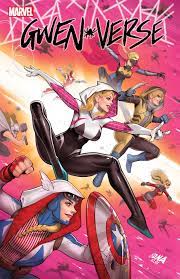 become so common place, that it genuinely waters a lot of the source material down. I peaked at the Gwen-Verse issue this week, and it really just underscores my point and how we are and I am of this stuff. There’s some cute stuff, Gwen is Thor and stuff… But it really just belongs in a sidelined imaginary story, not in main continuity, where everything is now canon. I think we’ve gone a little too far, and it’s become an excuse for lazy writing. Personally, I’d really like to get back to more grounded tales. Heroes that are fairly unique in their one universe and continuity… A minimum of derivatives and a special focus on a non-powered supporting cast. Maybe that’s just the street-level story fan in me, but I really do think that’s what we really need to ground comics and get them back on track. I’d definitely be buying more books if that were the case!

Got a Harper show coming up this weekend with lots of longboxes to dig through. Maybe I’ll start looking for just that sort of thing Sunday!

This entry was posted on March 14, 2022 by mathias42. It was filed under As Seen on TV, Comic Books, Comic Bookshelf and was tagged with Batgirls, Devil's Reign, Gwenverse, Moon Knight, Superman and Lois, The CW, The Flash.