I’d really love to tell you all about NEO Comicon. The problem is, I wasn’t paying attention. I spent much of the con with friends and didn’t snap a single picture – so some of the details are more background….but let’s rewind a  bit.

I got there late, and was shocked to find the place was packed. I mean, PACKED – they got over 1700 visitors, nearly twice the amount they were expecting and even halfway into the show the joint was jumping. I found this surprising because as I was driving in, I saw just as many cars leaving the con as I saw coming into it.

Perhaps I shouldn’t be surprised. The promoters did an amazing job of getting online buzz  and word-of-mouth going. Even that first year at Akron Comicon (a bigger show than this mind you) I don’t think I saw this same level of awareness. It sure did seem like everyone I knew was going to this.

I was coming directly from Church, so there was no way I’d be doing a long, involved makeup like the Thing (which I feel a little bad about considering my Thing costume was actually

featured in Scene Magazine’s promo for the show….) but I still wanted something a little more interesting than my standard go-to of the Shadow. I decided to pull out my old Doctor Octopus costume – an outfit I haven’t worn in over four years – not since my first time out at Lake Effect Comicon. I made a couple of upgrades this time around as well, extending the upper arms and adding claws to them – claws that really snap and grab. Nothing was more fun that noticing someone looking at the arms then suddenly snapping the claws at them and watching people jump.

As soon as I entered the dealers room I found my friends in the nearest corner and ended up hanging out with them for most of the rest of the show (and then swiping a bunch of thier photos for the blog). They immediately put me to use using me as a battering ram through the throngs of people – you remember that scene in Spider-Man 2 with Doc Ock parting the crowd in the train? Yeah, that was the idea.

As we passed through the con I noticed that there actually was a panel  going on. This was something unexpected. No schedule was posted and I had no idea  that there was going to be  ANY programming. I did know there was no costume contest, but the con did let cosplayers in free which shows they really do value us  and the walking, talking atmosphere we provide far more than the extra $3.00 they might make from thier admission fee. I would have liked to see more

programming (I spend two weekends a year at this hotel for Cinema Wasteland. There’s another room on the ground floor that wasn’t being used and could easily have been turned into a screening room of some sort) and for the existing programming to be better advertised, but the fact that they had anything at all really does show that they want a quality con.

It was bigger than I expected, with every inch of the dealer’s room packed. Very good vendors, not to mention fun tables  as well – the cast of from “TRACE : A Doctor Who Fan Film” along with the Tardis and 2 Weeping Angels were there in the center of it all, providing the best photo op anywhere in the show. Prop makers, not to mention a full size RC R2D2 in one booth, Jango Fett in  carbonite, and some great Comic creators. I stuffed a bag full of back issues, grabbing more of that Gambit series I’ve always meant to get to, as well as more Guides to the Marvel universe (I’ve got a thing for reference books). Look in the background – you’ll see me digging through long boxes with all four arms…..

Crowded aisles, and some logistical errors, but all in all a very strong first year. A great deal that the promoters can learn from this  first turn out. I wouldn’t be surprised if they found a different venue next year (they’ve mentioned either this or expanding to more areas of the Holiday inn) and add some more events. They’ve already mentioned adding a costume contest . There’s certainly big ambitions here and with such an impressive beginning I can see them improving on the model for next year. 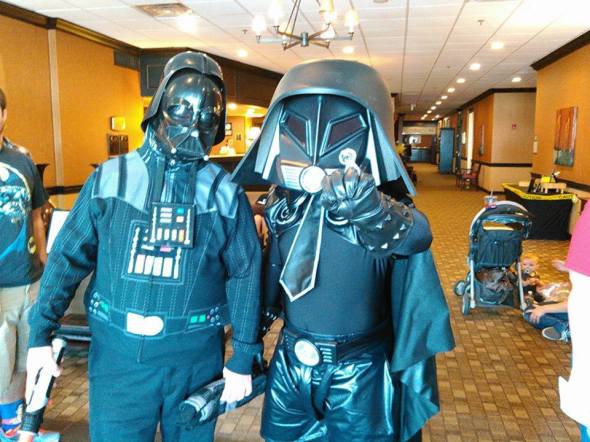 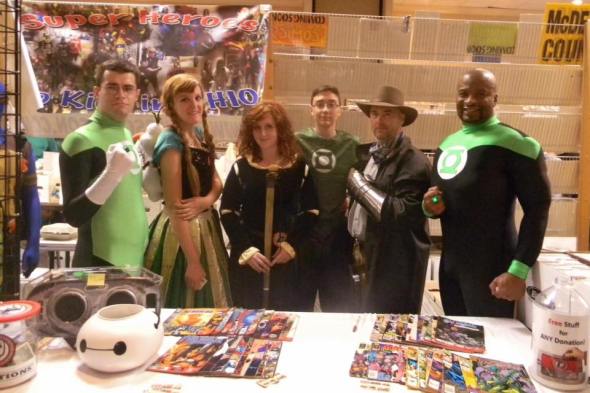 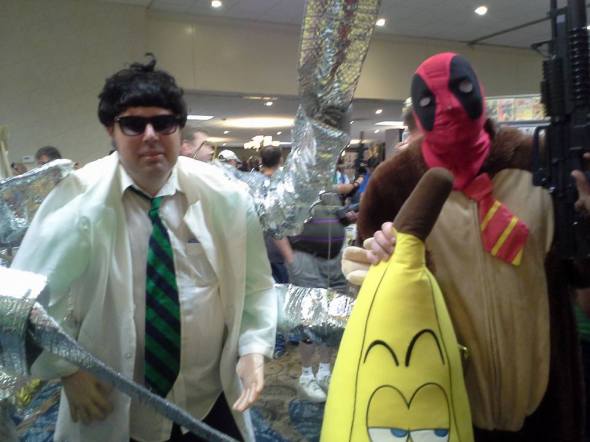 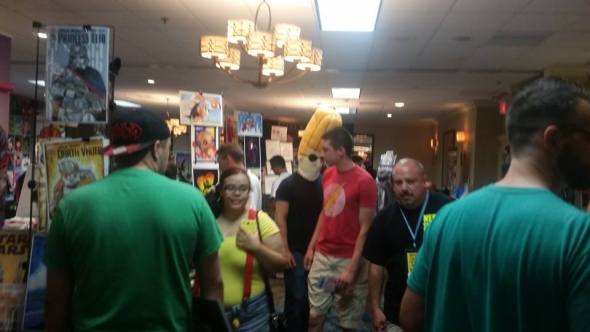 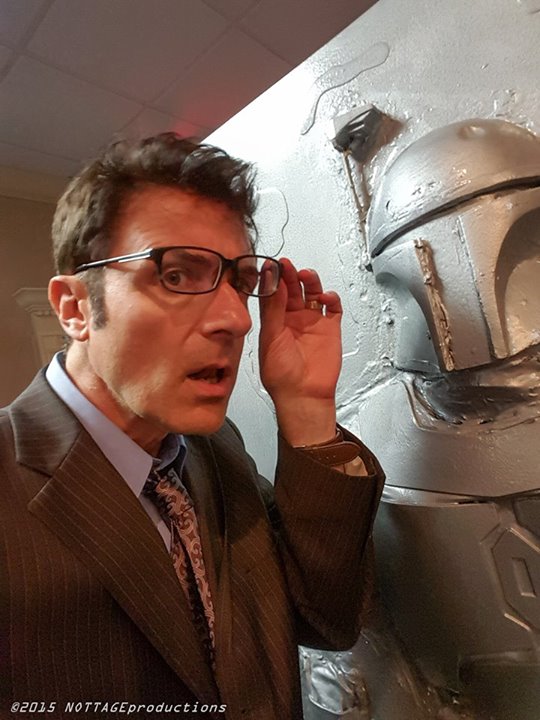 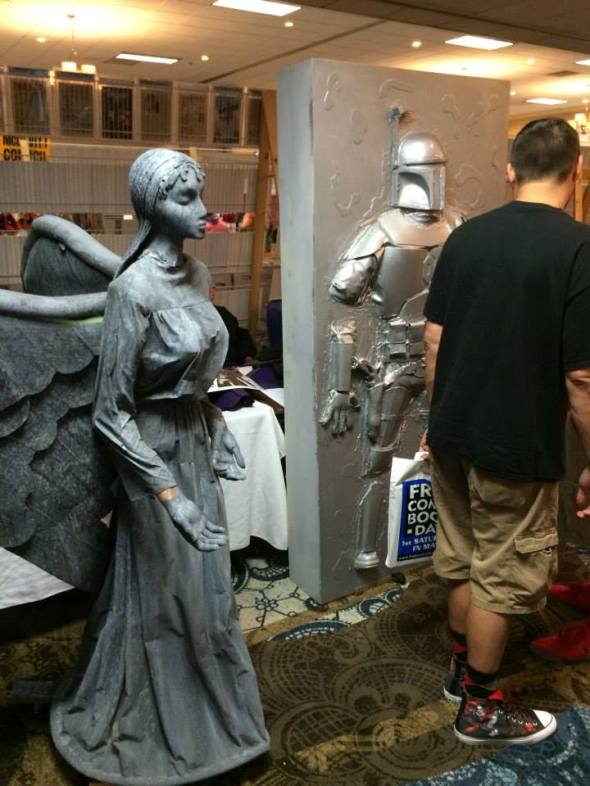 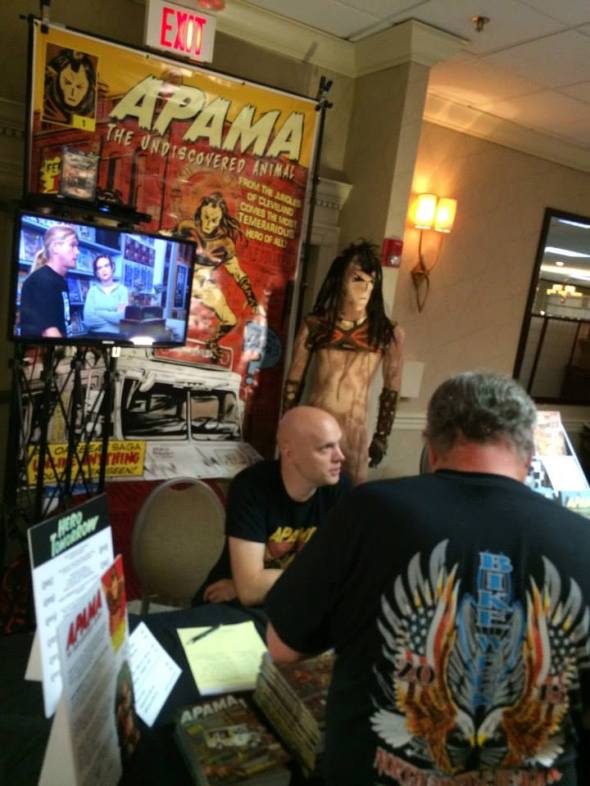 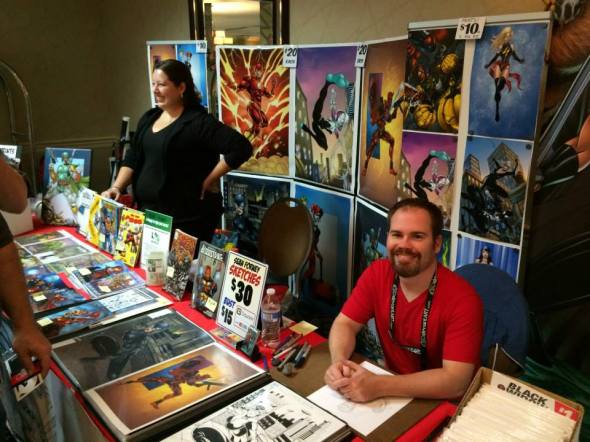 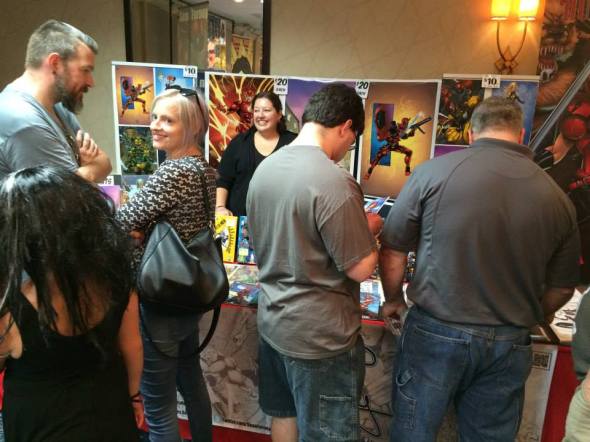 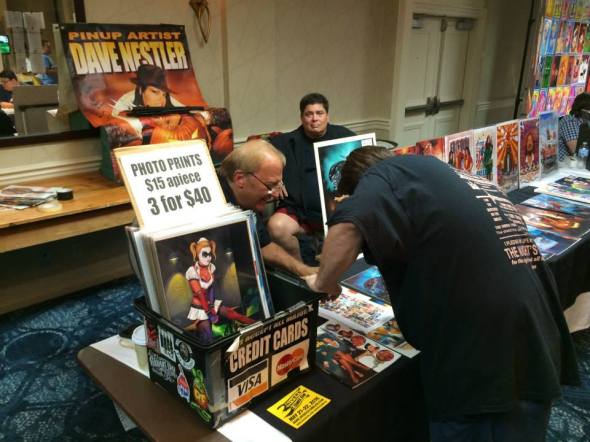 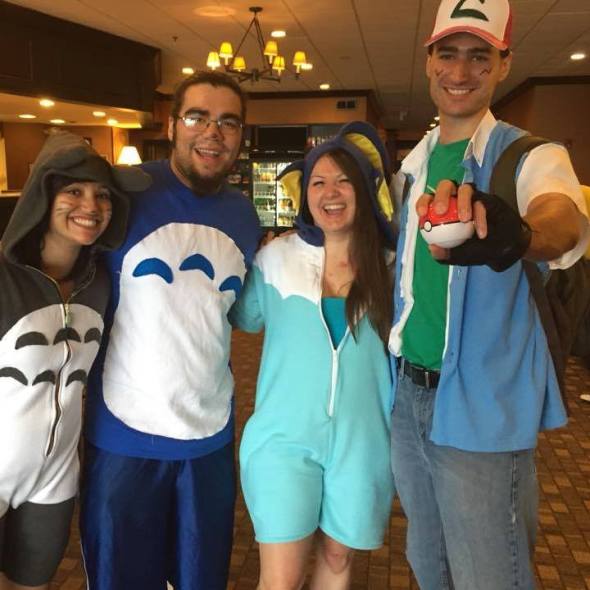 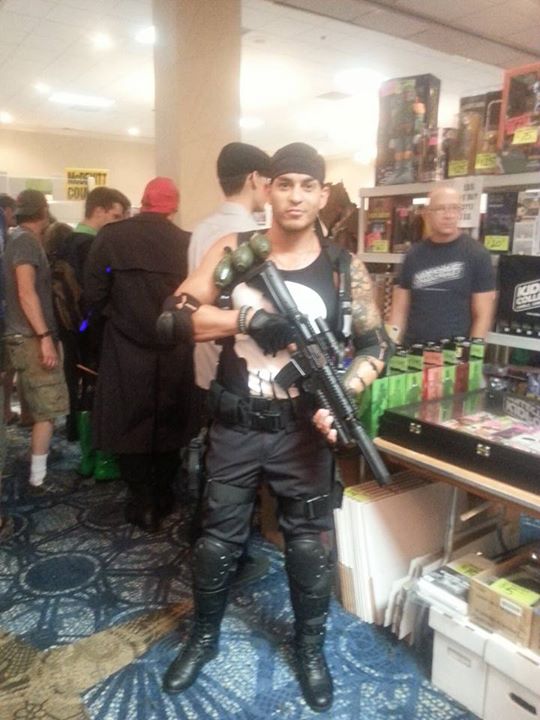 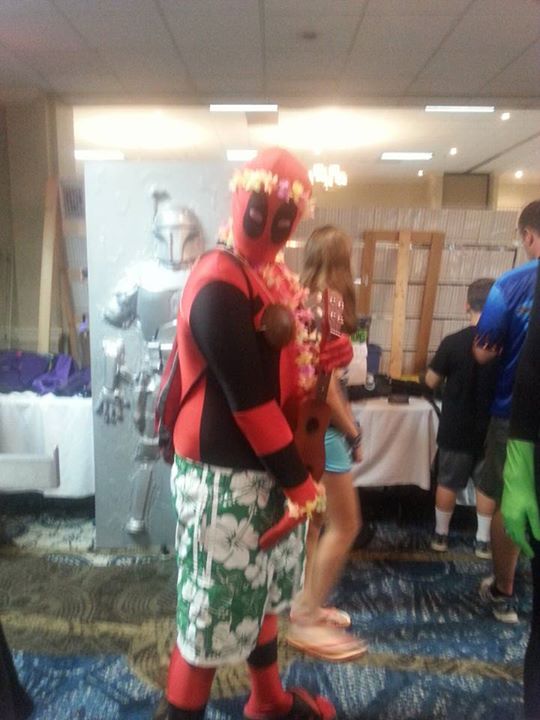 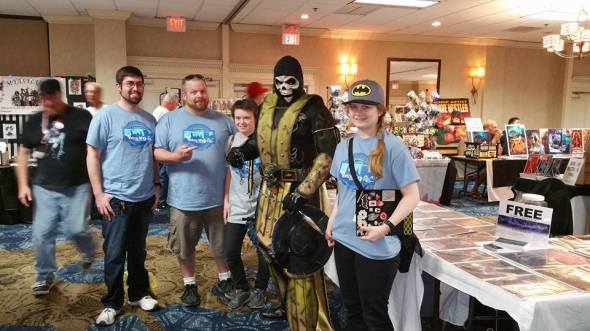 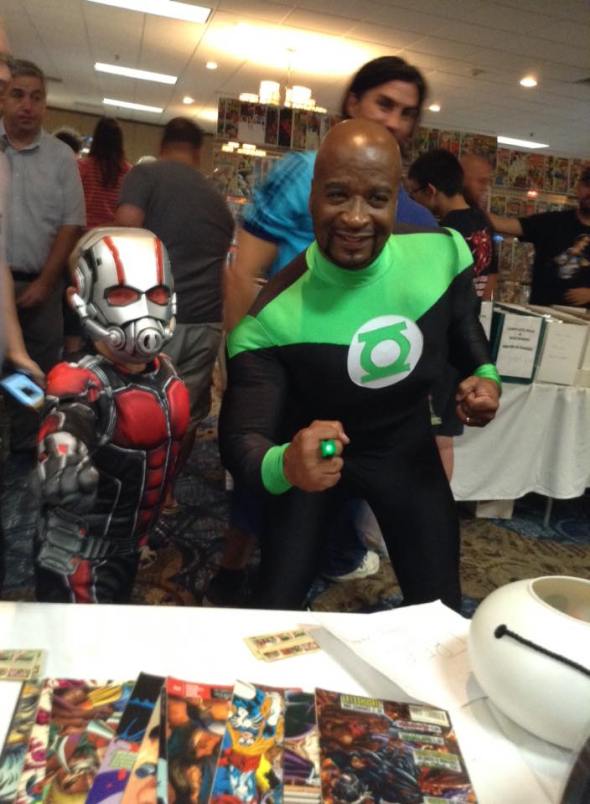 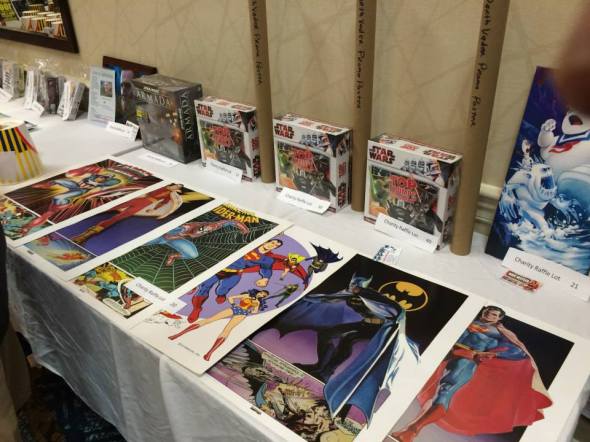 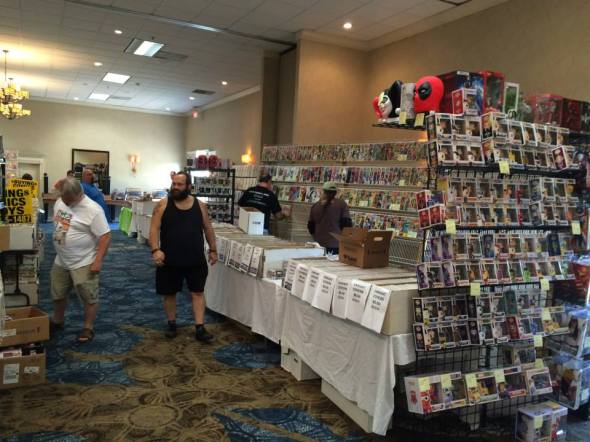 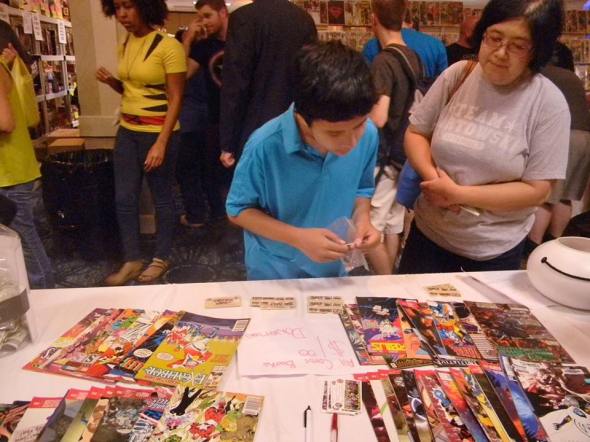 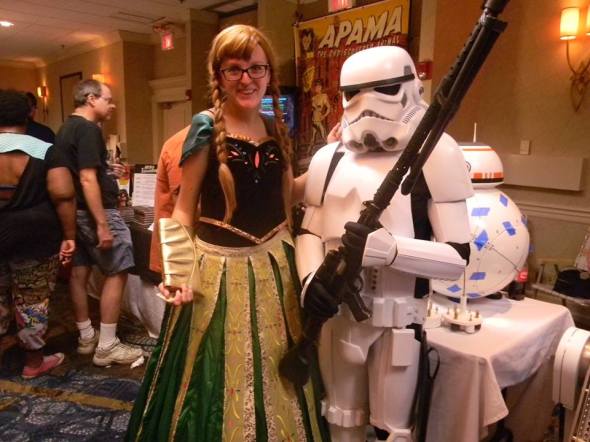 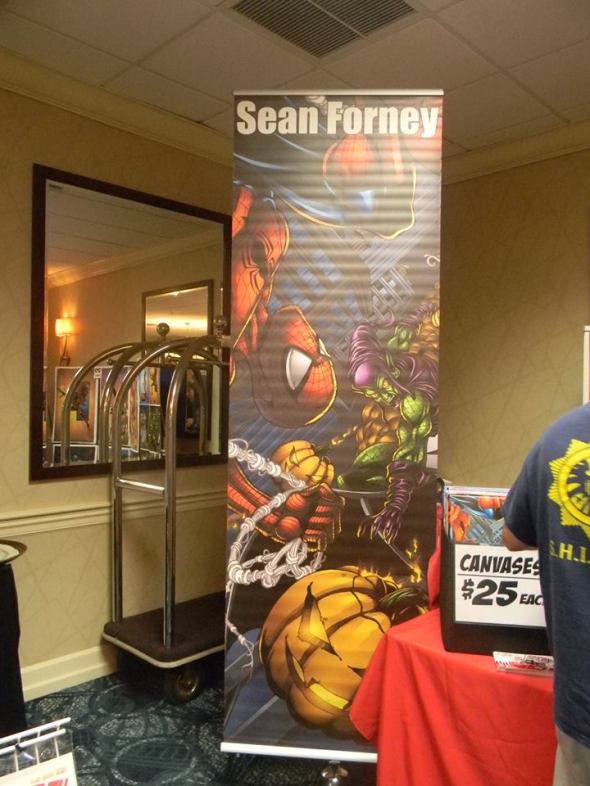 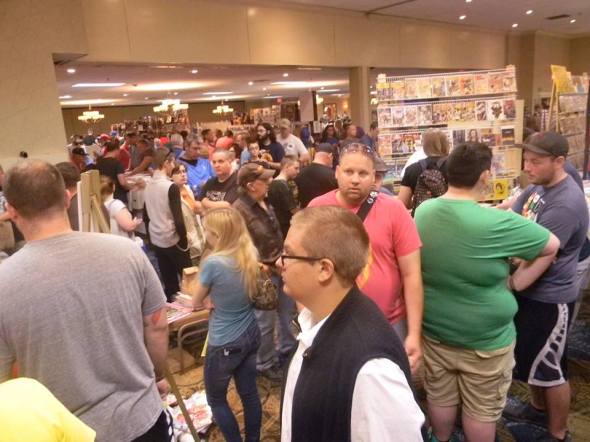 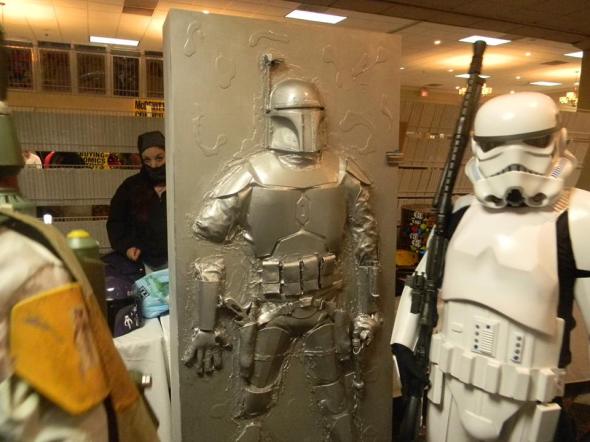 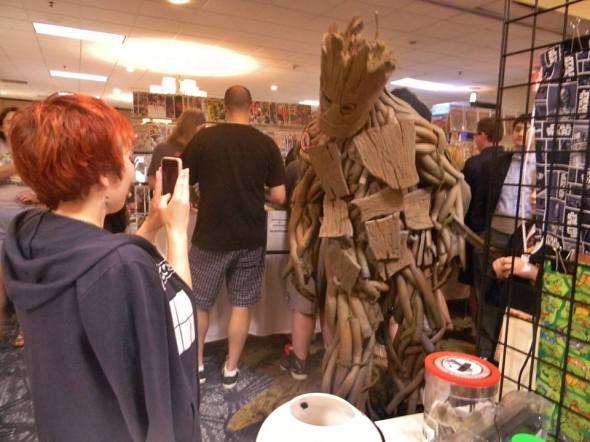 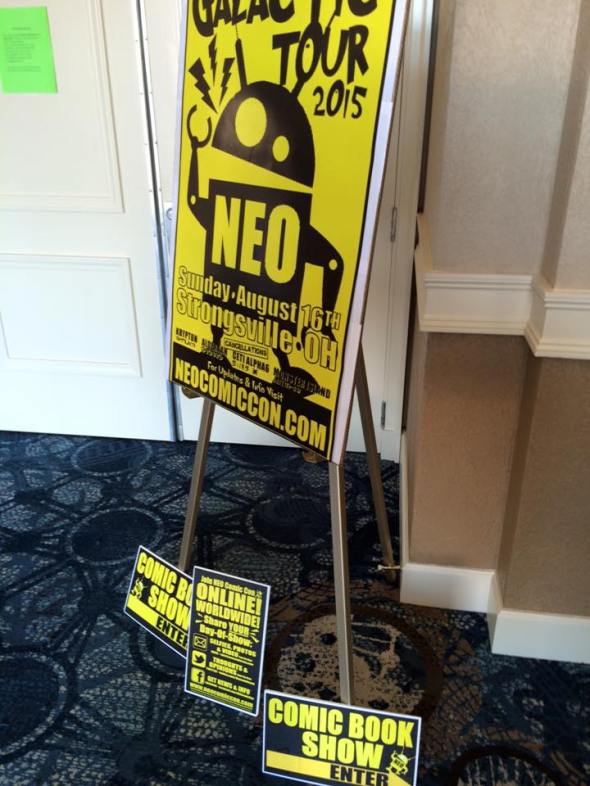 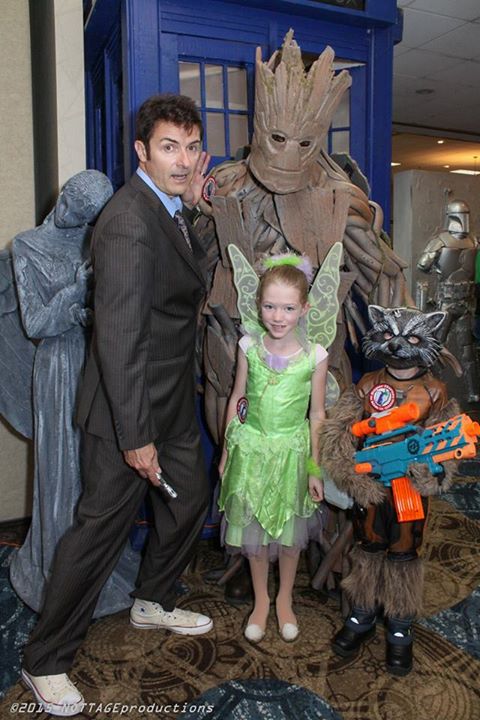 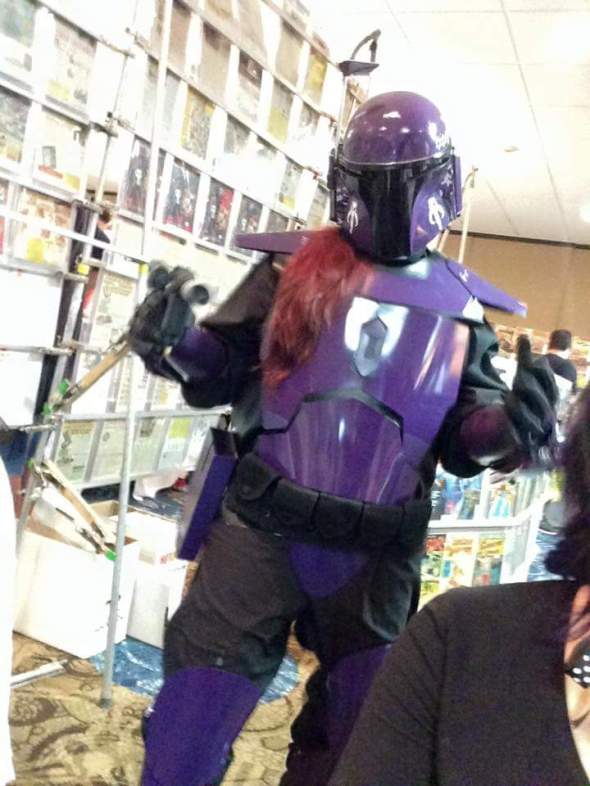