This was one of those weekends where there was too much going on to choose. Over in Eastlake, my buddy Ed was heading out to Weplcon, while I noticed Mark and Brandi hitting Grossfest in Pittsburg. Maddie had already bailed on Geekfest in Akron (which I was planning on skipping anyhow – great show, but it’s always EXACTLY the same thing every year) and I figured I would just take the weekend off.

Then a notification popped up in my feed from Craig, a friend from Panels : The Comic Club. Pekar Park Comic fest was also happening this weekend up in Cleveland Heights. I haven’t been out to Coventry since Big Fun moved out. The heights district just seemed to lose some of it’s soul when the shop shot down. Still, this is an event that’s been around for a long time, a celebration of indie comic artist Harvy Pekar and as such, very focused on that style of comic book. When I say “Indie” by the way, I don’t mean Image and Dark horse. I mean R Crumb, American Splender, underground comix and the ‘Zine scene. I noticed that Urban Otaku was also involved, taking a good 1/3 – 1/2 of the activities, infusing the event with a significant anime influence. It’s a show that I’ve always meant to get out to, but keep forgetting about. That and the screening of My Friend Dahmer, complete with a Q and A afterwards was enough to get me moving.

While screenings and panels are held in the library, normally the vendors and most of  the events set up outside, but this weekend Cleveland was in the middle of a record heat wave and the decision had been made to move as much as possible indoors. Vendors were split between the Library and the Grog Shop across the street. A tent popped up to give shade to the chalk art section and the cosplay fashion show had been moved to the Grog shop.

I settled into the screening room at the Library around noon for the anime shorts. Some confusion with the laptop led to us watching One Small Step three times. Still, Control

Bear and Out of Sight were charming. On Your Mark  and Poulette’s Chair were beautifully done and Cat’s Run was lighthearted and fun – almost loony toons meets Anime.

I ran out into the artist alley while Urban Otaku set up for their panel, grabbing stickers for the girls, a flyer here, a zine there, and a couple of indie graphic novels I’ve never heard of before. I was back in time for Pocky at the Anime panel where we discussed the history, themes and diverse art styles in Anime. Just over a dozen people filled out the back room and we each went around sharing names and our favorite anime. The moderators kept conversation flowing, tossing candy and pocky to anyone who answered questions and participated in the discussion.

Afterwards, I decided to head over to the Grog shop and check out what was going on over there. An entire second set of artists and vendors were set up inside the club, but I never made it across the street. Between the Library and the shop, I ran into the chalk art contest.  As I was looking around I noticed a few empty squares. A quick watch check showed me I had well over an hour before the next panel that I was interested in, so I grabbed a square

near some pastels and pulled up a reference picture of Stitch on my phone before rendering him on the sidewalk.

Before I knew it, an hour had passed and I realized I needed to  move my car from one of the three hour parking spots to a different one. My phone was dead so I sat and charged it for about ten minuets (enough to be able to take more pictures)  while I read one of my new comics.

Recharged and ready to go, I popped into Mac’s Back bookstore for a moment (Used book shops are becoming an increaing rarity in northeast Ohio and I hate to miss an opportunity to browse one) then moved on to the Grog Shop for the other vendors. Scott (Formerly of Comics are Go, and writer of the book by the same name) caught me near the entrance and we talked about NEO comic con coming up in two weeks. The summer is flying by. A little further down, one of the Urban Otaku guys was there and pointed out my Excel Saga shirt.

“Much respect for the old school anime,” he told me. We chatted a while about the different eras in the genre and reminisced about the late and lamented Retropolis – an anime store hidden near the border of Lakewood. It was a closet. A hole in the wall that you could only find if you actually knew about it. This sort of lace could only exist back in the days when the only way to get certain anime was to pirate it – THEN transfer it to VHS. Funny, most of my Anime collection is STILL on VHS.

I realized I had missed the last two panels but made it back to the Library in time for the film screening. My Friend Dahmer is a graphic novel as infamous in Cleveland as it’s subject matter. Told from the perspective of a high school friend, it chronicles serial killer Jeffery Dahmer’s adolescence and was only recently made into a film. As the end credits rolled, the author of the book wandered in.

“Hi, I’m Derf,” he said in a friendly, casual tone. Derf took up a spot in the corner and proceeded to field questions about the graphic novel and how the movie may have altered certain parts to fit the narrative. The director had done a great deal of research to expand the story beyond Derf’s work, detailing events that hadn’t been a part of his experience. I sat, fascinated.

Afterwards, as the library was kicking us out so they could close, derf signed an autograph for one person and took a photo with a young lady who had mentioned they were studying his work in her college class.

“Do you get extra credit for getting a photo with me?”

You know, I had come out to the comic fest on a whim, mostly out of curiosity. I wasn’t sure I’d stay that long, but they managed to keep me engaged and entertained all day. It was well past seven before I made the walk down the block to my car. I had a good time here. A REALLY good time, and I wish I’d made it out sooner. 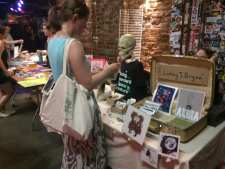 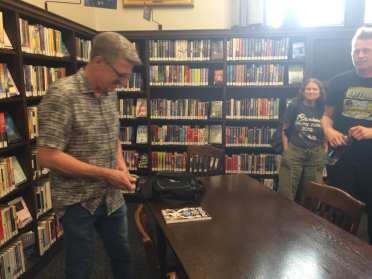 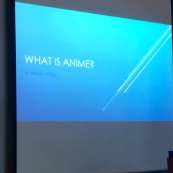 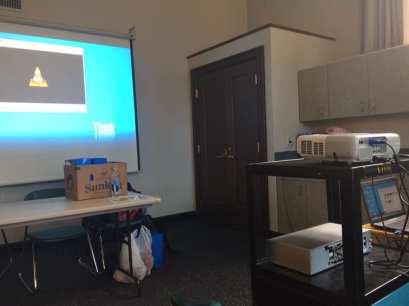 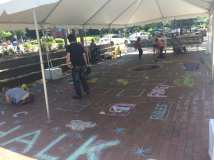 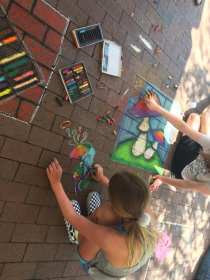 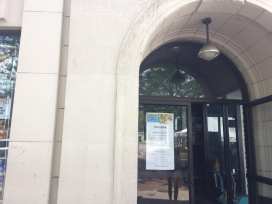 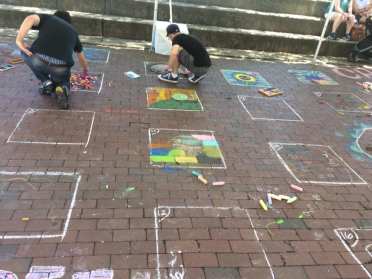