Oh my God, did I call it? Didn’t I  call it? After a  SERIOUS Flash episode with huge ups and downs, we have one huge mulligan!

I was still happy to seethe return of our rogues and the real introduction of the Golden Glider. I do love how  this series goes on and even though this  episode wasn’t even remotely a worthy follow up to the previous  week, it’s still better than a whole lot of the dreck on TV.

iZombie came  out with a strong second episode, although I really would prefer if it was a less-sexy series. I don’t know that it needs the sensuality, particularly with the intrigue that we got set up with the intrduction of our new zombie friend. I’m really eagar for the next episode of this….and i’m going to be pissed if we have to put up with a stupid mid season break with this series as well…..

The Walking Dead. Man, I love a quarter staff. Who knew Morgan was going to turn out t

o be such a tough guy??? That was a great opening, to say nothing of the rescue he makes later on. On the other hand we start right off hating the people of Alexndria again. It doesn’t really go away either does it? The Mayor, Pete, Nicholas, you just want to grab them by the shoulders and shake them while yelling “What is WRONG with you?” Carol’s right, these people are children. Nicholas beef with Glen, and just the fact that they even let someone like Pete exist (not to mention his tantrum(s) this episode), these are the actions of self interested children. They don’t deserve Rick and his group.

I think the image of Sasha laying in the pit of zombies was beautiful.Over-the-top and pointless, but beautiful. And Father Gabriel…I wonder. Has he finally woken up? Does he finally get what this world has become?

I’m not sure how I feel about Daryl’s new adventures out in the wilderness, it’s an interesting direction though and it looks very much like they have a plan.Still, there’s just a sense of dread, especially with the wolves out there. It’s a whole new threat…and the trap with the trucks full of zombies only serves to showcase just how big of  one.

By the way, we have the name now for out Walking dead spin-off. “Fear the Walking Dead”. Let’s look at some of the real positives, AMC has shown they understand the soul of the show and I’m interested in  seeing if they can duplicate it. The idea of exploring the early days of the outbreak is fascinating, and it also provides a built in expiration date just in case the series isn’t received as well – indeed I think this kind of a show would be better served as a mini-series anyhow, but we’ll see.

As average as the last few weeks of TV has been, television this week really went itself up.

of course we have the series finale of Agent Carter. This series is just always so much better when Howard Stark is around.  AIt’s always so much better when we have that firm Captain America connection like the shield that we saw tonight. It didn’t feel like everything is wrapped up but enough was taken care of that I left feeling satisfied.
Gotham has gone crazy. Remember how I said last week those commercials were looking incredible? Well this week  certainly lives up to it. It’s really a standard story, a face from the past infiltrates the mansion ect… but the sheer amount of jawdropping moments it was just incredible. There  is a great moment of that idiot Barbara trying to convince Selena that her beauty can be used as a weapon….and the rejection that Selena gives her… but funny, you can see Ivy in the background and she’s learning these lessons very well. Watching fish money and the bit with the spoon just made my wife’s jaw drop. Mine too.  Not to mention Jeffrey Combs, I just seriously wish they’d just go ahead and call him Herbert West. how awesome would that be? Finally the fate of Alfred is just amazing. I warmed up to Sean Pertwee in this role amd I can see how he could still grow into the Alfred we know and love. To see him struck down was nothing short of astonishing.
Can I say, I really missed flash this week. I was so looking forward to Grodd and Reverse Flash and to be confronted with a rerun, Arrgh!

Walking Dead…all I can say is I REALLY love how close they are following the books right now. More of that please.

Also, more Wizard Wars please. The series seems  to be getting good ratings, and it should. It’s a genuinely good magic show, stumping me more and more often….

Gotham tomorrow, and we’re getting close to the end…

It’s odd, I seem to be watching more television than I ever have before. At least more than I’ve watched a very long time, and this is in great part due to the fact that my wife is watching a lot of this with me. Ladies you know that saying that the way to a man’s heart is through his stomach? Totally wrong. A way to a man’s heart is by watching his television shows with him.  Seriously sit down and watch an episode of Doctor Who with them or catch the football game with him on Sunday and then talk with him about it – I’m telling you it’s almost better than sex. It’s one of the things that my wife does with me that I love the absolute most. 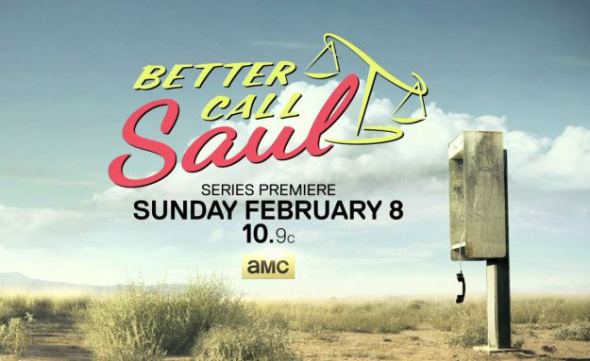 So I watched the premiere of Better Call Saul this weekend, and it has some bad will 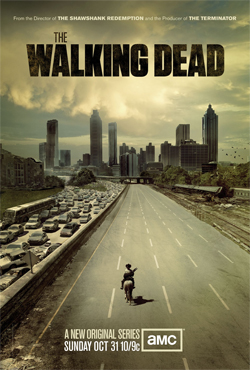 immediately because of the way AMC tried to shoehorn it in between Walking Dead and Talking Dead (especially considering how emotional WD was this week!) I understand trying to follow a strong popular series with a new series that you’re trying to promote, but to move the Talking Dead (which is basically the documentary on how each episode is made)further back, it’s too late in the night that for that nonsense and you lose momentum. Better Call Saul needed a very strong series premiere to build over come the bad will there.

This was not that strong Episode.

One of the things that made the Saul character work in Breaking Bad is that he was the comic relief.What I was really hoping for in  Better Call Saul was a single camra comedy with dashes of drama kind of taking itself seriously but still being funny. This is not what we got, and the character lacks the gravitas to really pull the levels of dram they are shooting for. Saul was always designed as a one-dimensional character in this attempt to go back and retcon him into some sort of layered deep character just doesn’t work. I will not be back for the rest of the series and quite frankly I think the entire conception was a Misstep. I realize we’re  following Breaking Bad, but Better Call Saul wasn’t the way to do it.  Better Call Saul would be better served as something lighthearted and funny. 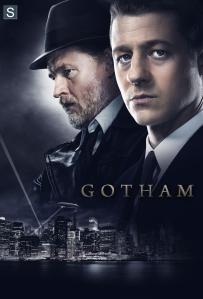 Among other things you’re watching this weekis Gotham. There was a real misdirect here, I was looking foreward to the Scarecrow episode and to discove it was his father was a little disappoing.  I think the scarecrow could be someone older than Bruce Wayne, in fact I’d love to have seen him actually be one of Wayn’s  teachers, however, being homeschooled now kinda puts the kibosh onthat. The biggest misdirect however was  the way that Edward Nigma was suspended. I thought for sure this is the beginnings of the Riddler and it would make perfect sense for him to be disgruntled after being fired from the police force, but no, by the end of the episode the status quo was restored and he was back on the force. I’m not sure if that was a missed opportunity or not .

We were also delighted to return with Wizard Wars. This series really engaged me, and I think it’s got to do with the way it’s a competition and also with the stage and parlor aspects of it. I tried watch the show following it on SYFY a sort street magic kind of series 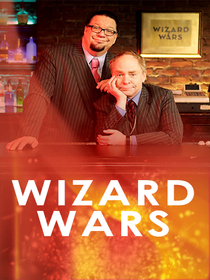 which is interesting in itself,  but I’m not that into street magic I’ve always been drawn far more to parlor and stage magic, indeed that’s the kind of magic that I do.
Sci-fi did manage to raise my ire however. The series premiered the week previous and I missed it and there’s no way of me watching it on sci-fi without loggin in with some arcane credentials from my cable provider. I used to catch up with Hollywood treasure by watching online and it kind of pisses me off that site is making it so much more difficult to keep up onthier shows. Just another reason to hate the network I suppose.

I enjoyed the flash this week as well. The Flash has really been quite a discovery for me, I don’t think I wanted to like this as much as I do (I suppose a misguided loyalty to the 1990 series) but I caught up on the entire series over he Christmas break and found it to be really well done at whole lot of fun. The return of the series has been no exception. We’re back to monster of the week and in fact this a villian we’ve never seen in the comics, but 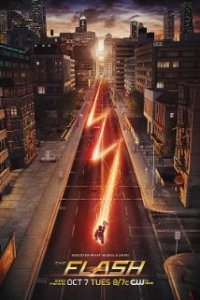 there is also another bit with the Pied Piper. The scene with his implants was horrifying and we can see he can be quite a violent character, and I think actually more interesting than anything we’ve seen in the comics.

Really I think this is where the Flash’s strength lies.

They embraced that this is a comic book, something that superhero shows in the past of really shied away from. Arrow even took a long time to get there.

You can see where they are trying to shoehorn Firestorm in to the series. We’re in full back-door pilot mode, though I can’t really see Firestorm carrying his own series. A miniseries or perhaps even setting up appearances in Justice league? This would be the smartest thing at DC could possibly do. Far smarter then steadfastly trying to separate their television and cinematic universe, but that’s a whole other tangent, we don’t really wanna get into that right now.

That’s it for this week, Gotham is on tonight and I will be seeing in front of the television with my wife seeing where we go with the scarecrow ! Can’t wait. (but since we have to, go check out todays Violent Blue!)