It was the day after Valentine’s and the young woman reached out and handed a long stemmed carnation to the monstrous Skeksis. A gnarled, mottled claw reached out and accepted the flower. If you looked closely, you might think he was smiling. The little Primarina next to him certainly was.

It’s been a while since I made it out to Zip Con. It used to be a regular stop on my cn circuit, and my main anime show, but in recent years, with Maddie getting more into the anime scene, we’ve been expanding that range and haven’t made it back to Zip Con in a couple of years.

What the @#$% happened to Zip Con anyhow?

We managed to snagged a good parking spot in the structure right across from the building and got there early. The line was out the door, but hadn’t snaked down the steps into the street yet. They got us into the building and out of the cold in a reasonable amount of time. One young man walked up and down the lines with a clipboard having us sign our liability waivers in advance of hitting the table, but when we finally made it to the ticket table, the workers were confused as to where to go. Then, all of a sudden, the line stopped. It was discovered that the faculty to guest ratio was off. Someone had slept in and hadn’t arrived yet. Shortly they found the missing staff and ticket sales began again. In a bit over half an hour we were through the line.

Maddie and I explored the floors, looking to see what was happening where. Panels were inconsistent, and there were a LOT of D&D panels (as opposed to anime ones). Some panels weren’t running (The con would make a somewhat defensive facebook post addressing it but not quite apologizing  “Hello! Just a friendly reminder that the panelists

not showing up to panels should NOT reflect your view on zipcon!”). We found the Confused Greenies doing an improv workshop and hung out there before venturing over to the dealer’s room.

The dealers room seemed bigger than I remember, bigger or not –  the  vendors were excellent, offering a variety of fun and interesting wares. Maddie scored a pineapple cat plushie from The Nerdy Taco. We grabbed a couple of adorable food plushies from Live Dream Create, and even scored a catnip toy for Sparky from Mookies Cat Toys!

It was time for lunch so we made a mad dash for the car, and then got lost in the wrong parking garage. After much wandering around we finally located my vehicle, did a swag dump and seized our bag lunch to take back to the college. We found a nice quiet spot

upstairs and began the somewhat complex process of eating in my costume.

While Maddie was debuting her Primarina, I was still feeling out my Skeksis costume. I wasn’t entirely confident in it yet – this particular creature seemed like it might demand more detail than my impressionist style contributes. I was worried it might not be recognizable or if it were, that it might not feel accurate enough. I was awed by the reaction. As I would enter rooms I’d hear gasps. There would be whispering and mumbles all around me, and I’d hear world like “Dark Crystal” and “Chamberlin”. Every ten steps we’d be stopped for a photo. One person knelt in front of me declaring “I bow before your masterpiece!”. My Skeksis was a huge hit and I was immensely humbled.

Maddie’s Primarina was doing good as well. The wig suited her and the belt helped with the ultimate look. One person recognized her right off, while several others could see she was a Pokemon but weren’t sure which one. As soon as she’d start to explain, you could

see a light bulb go off over their head and recognition hit their eyes.

After another pass at the dealer’s room, we hit the dance room. This was really just a dark room that had been set aside if you wanted to bring your music (Not my idea of a dance room. My definition would include some flashing lights and perhaps a DJ or at least a sound system playing music on shuffle). When we had passed it in the morning the space had been empty, but now one girl had brought in some music and every one was doing a choreographed dance. My Skeksis rushed in and joined in. It was going fine until my head fell off (I’m going to have to fix that flaw).

We unsuccessfully searched for a game room or an anime screening. I’m told there was a video game room but we couldn’t locate it. I don’t know if there was a board game room this year, and I missed all of that stuff. We ended our day by sitting in on the Sonic the Hedgehog panel. This one focused on the IDW series – interesting because I hadn’t even realized Sonic had jumped from Archie to IDW. Still Maddie was fading fast and we were ready to head home. The college had mandated all minors leave at six and as that watershed hour arrived the place became a ghost town.

We had an okay day. We had fun meeting up with old friends and cosplaying – having a good time at cons is what we do. But I’m not sure we got our money’s worth. In just a few years I watched Zip Con go from Free, to Free, but if you pay five dollars you also get this

cool lanyard! to Okay, five dollars for everyone, to ten dollars for everyone. I understand they have to control the crowds and are trying to get some voice actors in, but I honestly don’t see them drawing more attendees than what Zip Con already had. The show still feels like an nice amateur affair run by a college anime club, and if that’s what you want to be, then cool but you can’t charge that kind of admission for that kind of show. Higher admission includes higher expectations – Planned panels and activities instead of just accepting volunteer ideas and hoping the mods show up. Well run lines, constant programming and performances. I expect THEM to provide music in the dance room, and host the gaming tournaments. I expect at least one if not two rooms dedicated to screening Anime.

The magic is kind of fading. I do think we’ll be back once Zip Con figures out what it wants to be, but that might not be for a while. 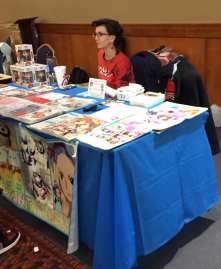 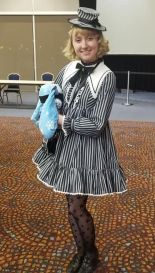 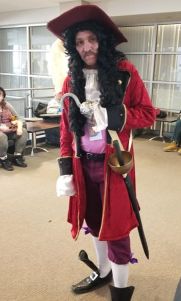 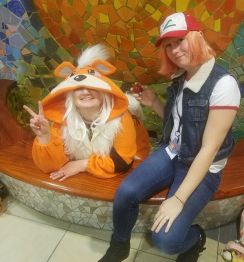 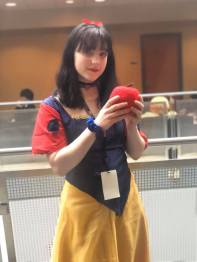 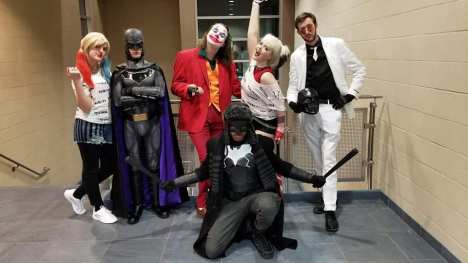 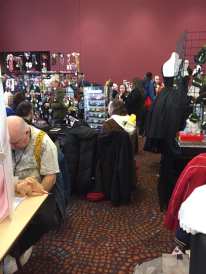 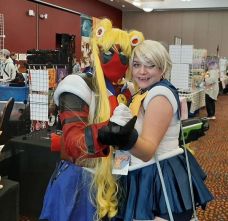 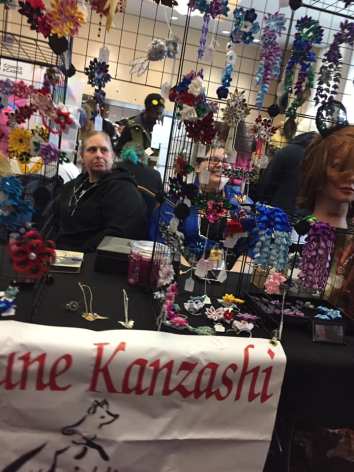 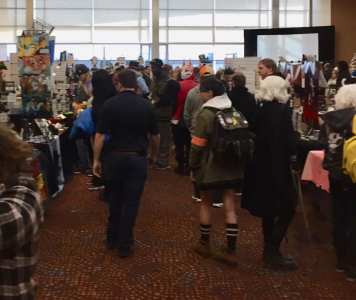 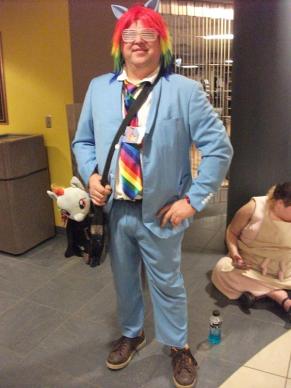 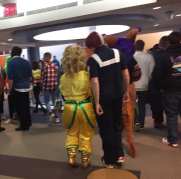 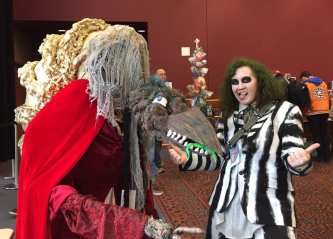 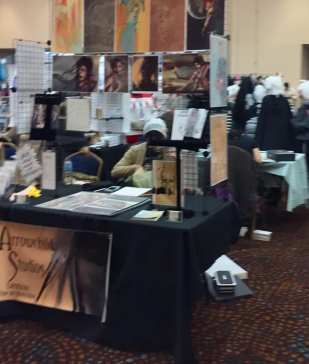 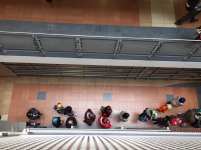 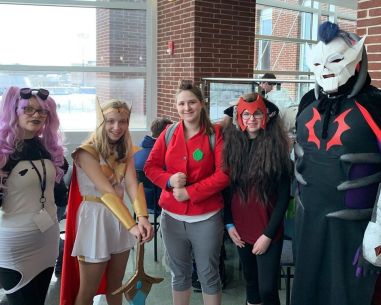 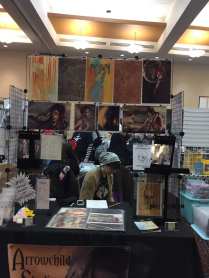 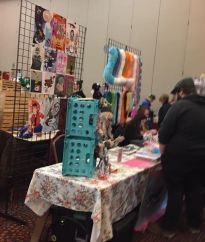 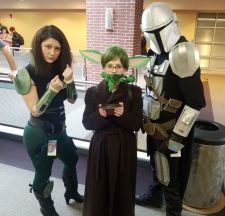 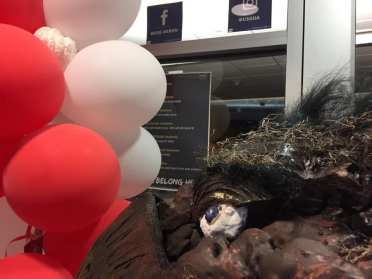 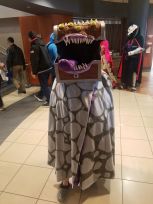 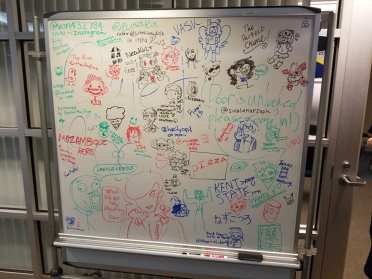 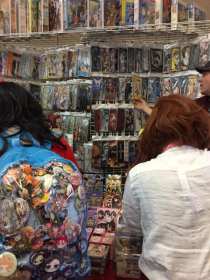 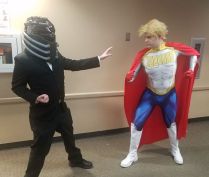 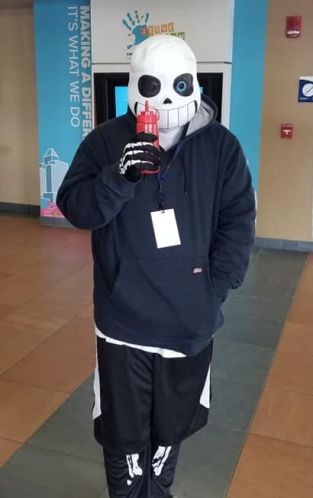 Zip Con, Ferris Bueller and BEYOND!

A couple of weeks ago Lydia came to me and asked when the next comic convention is. At the time she asked I didn’t have any one the horizon. The kids don’t go with me to Horror Relm and I absolutely loath big cons like Wizard World (with a special 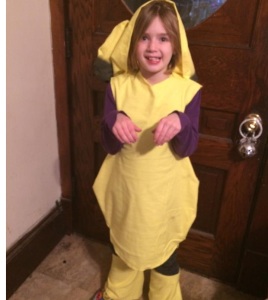 disdain for WW in particular) so I wasn’t going to that one. The Z.E.R.O.S. however, had let me know about an anime con coming up out at Akron university. I miss those kind of shows. Shinboku Con is very dearly missed and the show I was hoping to fill it’s place in my con schedule – Toshokan? Well they cancelled last year too!

As a result, this year I’m planning on hitting Zip Con over at Akron University. So even though the kids don’t really know Anime, when Lyds asked me abut when the next comic con was I told her, that while this isn’t exactly a comic con, she was welcome to come with me to this while Maddie was busy that day with a friend’s birthday party. Lydia excitedly responded “Yes!” then immediately asked if I could make her a Pikachu costume. Maybe she understands what Anime is after all…..

So we’ll be at Zip Con between 1pm and 5pm or so. If you see Mazingar Z wandering around with a little Pokemon, that’s us! Tap me on the shoulder and say hi!

After the con, I’ll be rushing home to drop Lydia off and get the paint off my face in time to hit Ferris Bueller at the Lorain Palace. Of all the John Hughes films out there, this is my favorite, it’s an old friend from weekend UHF TV and I would really love to see it on the big screen.

But that’s not all….

I mean, it would be unfair of me to take Lydia to a con and not Maddie wouldn’t it? So next week, instead of Wizard World, I’ve found an alternative. Great Lakes Comic con comes to Warren, Michigan and we’ll be there! More on that next week!