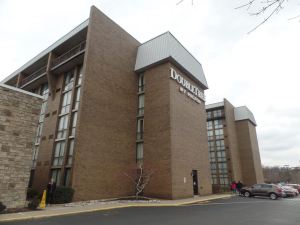 I like Horror Relm, I really do – I enjoyed it all the way back to that first show they were doing, when they were still located in the Crowne plaza. The DoubleTree Hilton is a good home fore them, back at the Crowne, it felt like they were spread all across the hotel, while here, everything is fit in to one wing of the hotel. There’s a cozy fireplace with a great big Horror Relm banner greeting you as you walk in, a nice touch to have here in the dead of winter. 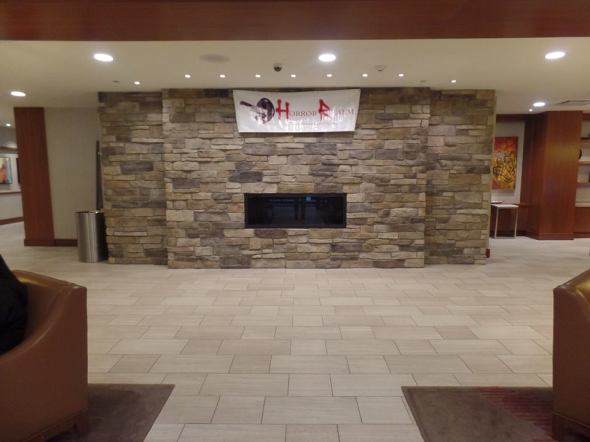 I’m honestly not sure why I haven’t been back since that first show – it’s a small event, and I really like small conventions. The larger ones I’ve been going to for the last couple years kind of made me forget how much I like these kind of little cons. The big problem with Horror Relm, is that they have far too many repeat guests. I see the same names on that website every year, and the ones that aren’t the same are pulled directly out of the convention circuit. I was planning

on going to the show last year as well, but when it came time to streamline my schedule and drop a few shows this was one of the first ones to go, particularly since I discovered that every guest I was going to meet I could find at a different show on my schedule later on in the year. It makes it hard to justify the 2 1/2 to 3 hour drive to get out to Pittsburgh.

That’s a problem they seem to have solved this year… At least as far as familiar faces from the convention circuit go. They manage to grab every Nightmare on Elm Street character they could who didn’t actually appear at HorrorHound last year – a real coup for me, trying to pull together that collection of Freddy victims.  In addition to that, Horror Relm

gathered a really nice, respectable Return of the Living Dead cast reunion including a few people that  had not managed to make it out to Motor City Nightmares last year! The theme thing really seems to work out well for them, especially considering the size of the show.

Horror Relm tries very hard to give you the most for your money. They run a film room, a panel room and an extra one for either photo ops or occasionally the author’s panel – I love that they have different things going on here like that! It’s always been a very literary based show, (which is a little unusual for horror cons) but they also include a best tattoo contest as well as a VIP party and an interesting little bit that they like to call “The Horror Match Game”. This was hilarious, based on the old match game TV show, they broght up a panel of familiar faces – Ken Kish and Amy Lynn Best who I know from Cinema Wasteland, as well as Mike Watts, another familiar wasteland face. They would bring up guests to ask questions, and you would score points if your answer is matched that of the panel that I kind of wish I could’ve got me in on this game, I didn’t realize that you had to sign up for it earlier in the day… 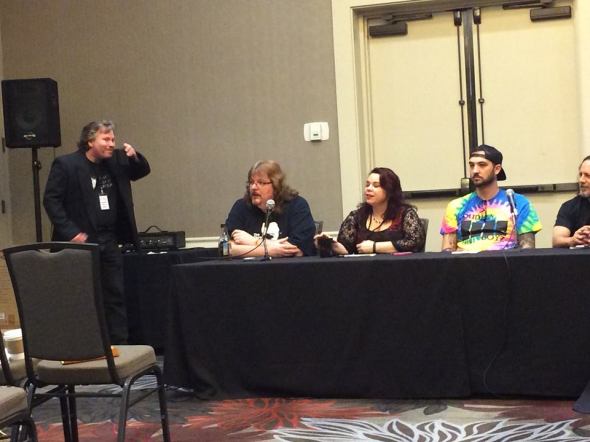 They’re running some very interesting movies as well – I’ve never seen “Spookies” before, and they’ve managed to dig up it’s unofficial sequel “Killer Dead” a film so rare I can’t even find a trailer for it on YouTube! They do have “Spookies” though, as you can see below.

Both great fun although “Killer Dead” was very poor quality and apparently that’s the only way it comes – there is no good print of it out there. I also popped my head in for The Survivors, the newest film from Silver Spotlight pictures. I’m already familiar with their work from “Captian Z and the Terror of Leviathan”, … I know I’ve seen posters for “Red Christmas”. Indie stuff and rare films is one of the best reasons to go to good horror convention and this was marvelous.

line at Felissa Rose’s (of Sleepaway Camp fame)table. You’ll recall I met her back in June last year at Days of the Dead in Indiana. I dropped by her table to chat about that show quickly. She was one of the most fun people I met at that con and I told her so. We drifted onto the subject of her appearance on Adam Greene’s Scary Sleepover a few weeks ago and had so much fun talking about the show concept as well as her specific episode. She grabbed Tiffany Shepis (sitting at the next table over) who had been on last season to join in with her recollections about doing the show. I love Felissa. If I have a con crush, she’s it. To really understand how effervescent she is….here. Let me tell you a story.

A couple came up to meet Felissa and get an autograph. Felissa discovered this fan was having a birthday. She immediately got everyone in the surrounding area up on thier feet clapping and singing Happy birthday. When the crowd didn’t sing it loud enough she raised her hands and got more people singing. It was kind of like that thing where the servers at Applebee’s surround your table and sing you a birthday song crossed with just a touch of a charismatic Church revival…

Back in the dealers room I came across this fascinating model maker. His main display was a stunning graveyard, which he had funded by selling individual gravestones. You could see in a little book who each stone belonged to. There were mausoleums up with names in the back, people, monsters, cars, all sorts of great bits. he hadn’t even brought out the entire thing, as it had grown too big! He also had several dioramas done up utilizing old heroclix and horror clix. nice to see some of these getting a good home.

The dealer’s room was just a bit too small. You can pretty much do that thing to your satisfaction in about fifteen minuets. maybe half an hour. As a result, most of my time was spent in the film room or the panel room.

The Elm Street panel was predictable but somewhat enlightening that I wasn’t aware of some of Ken Sagos other roles, and it was interesting to hear this ecclictic cast talk about later Elm Street sequels. In particular it was interesting to hear about the speed in which they made those movies, how rushed the production was and how lowof the budgets were… You don’t think about that with these films considering how successful they were, but really it seems like nobody want to spend any money on these

movies and yet they still came out with these amazing productions!

I ducked out a little early, we did hit some dead space in the show and I missed the return of the living dead panel… I’m still hoping it shows up on YouTube, but figured I could either wait for an hour and a half to see the panel, or I could get a head start on my way back to Cleveland and hit the Ghoul’s 40th anniversary party! But that’s a whole other story, and you can read all about it over at Kreepy Kastle.com! 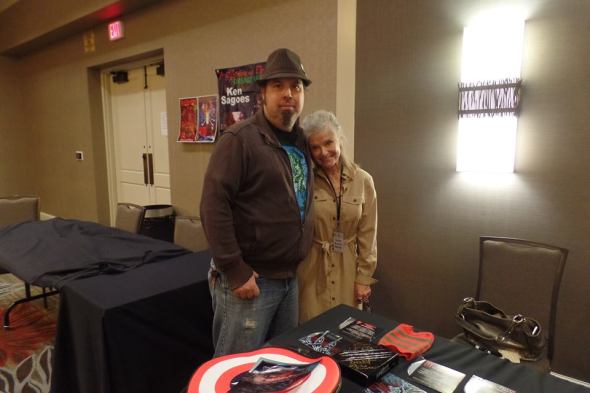 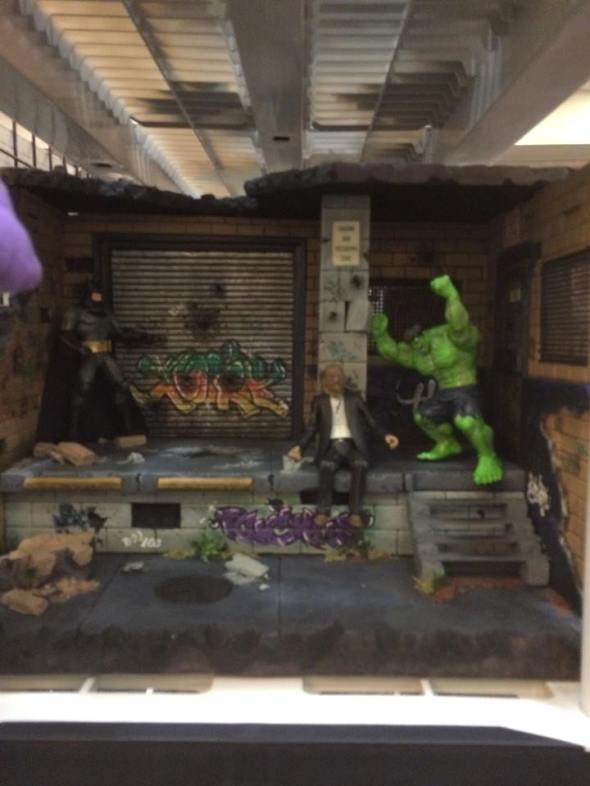 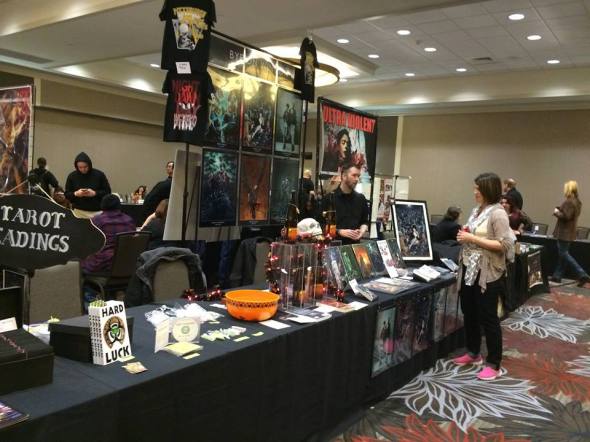 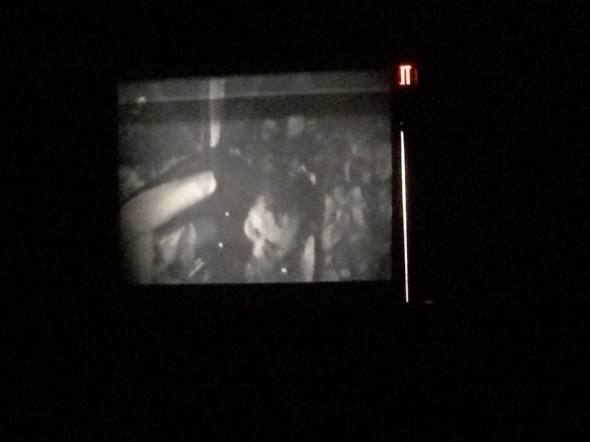 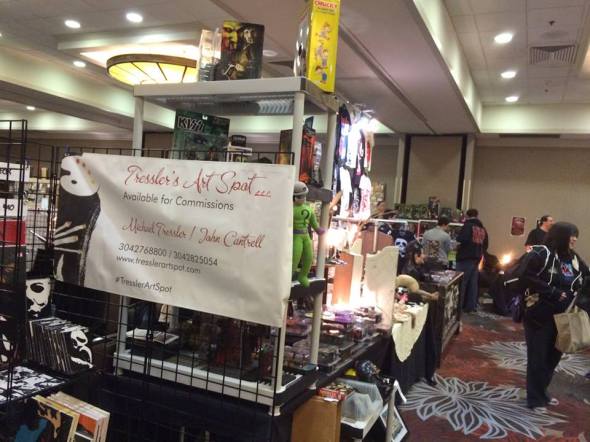 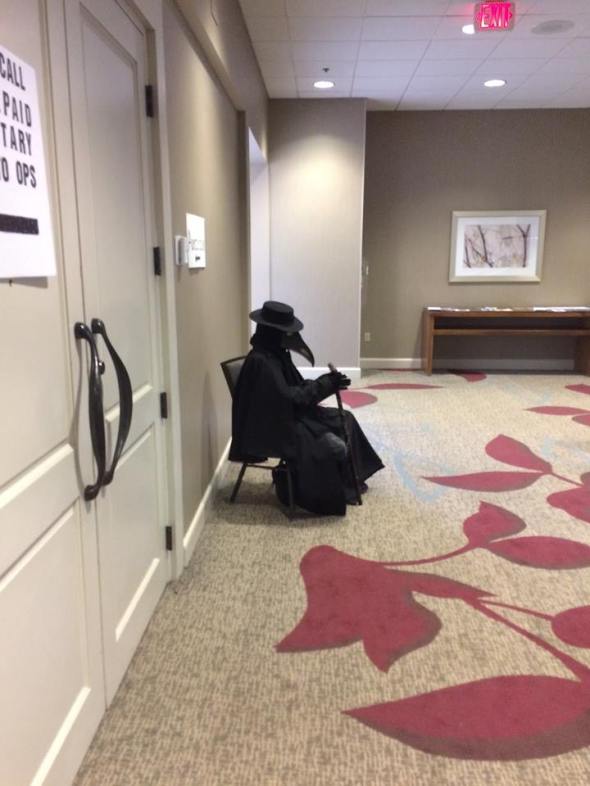 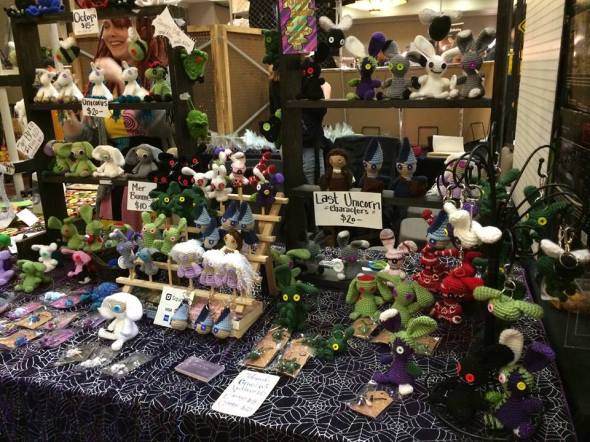 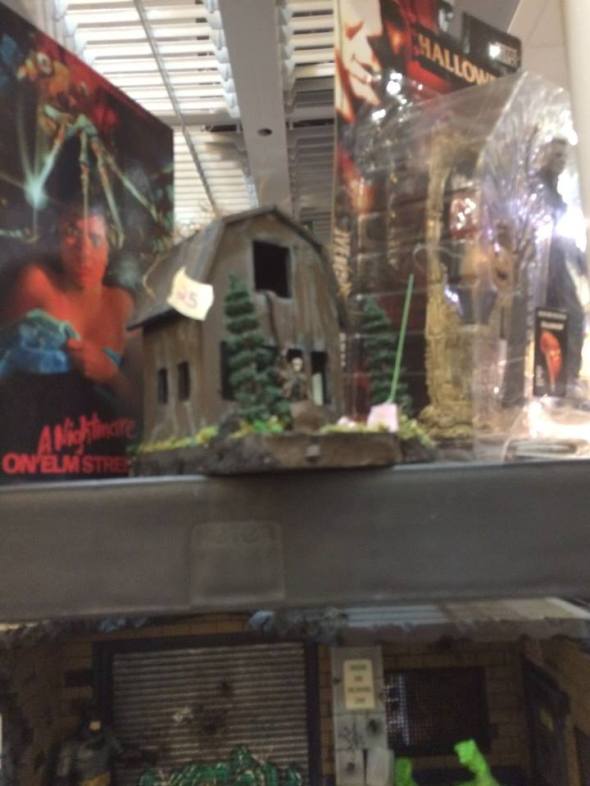 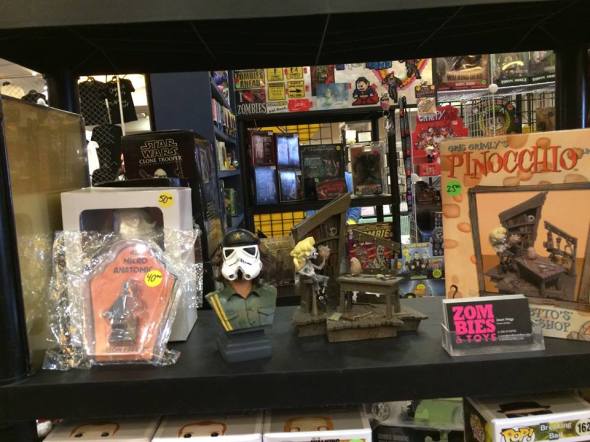 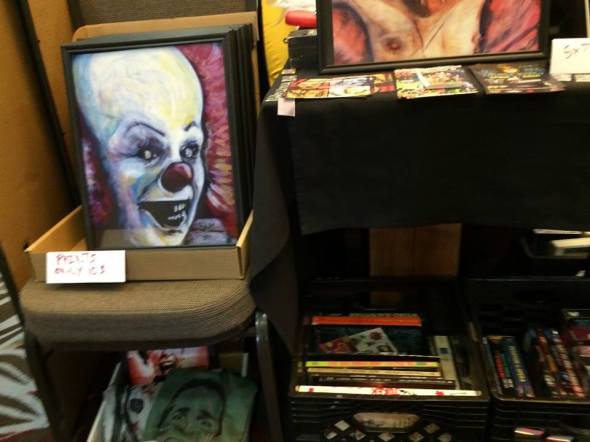 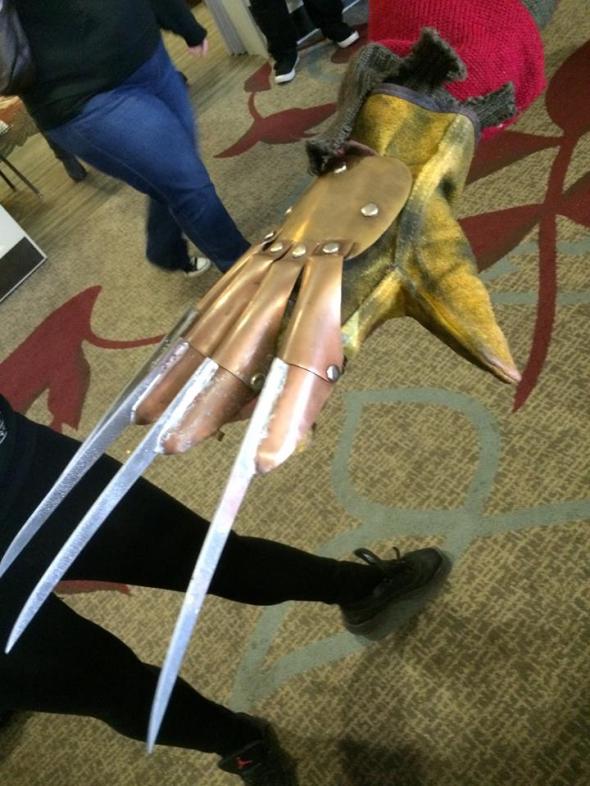 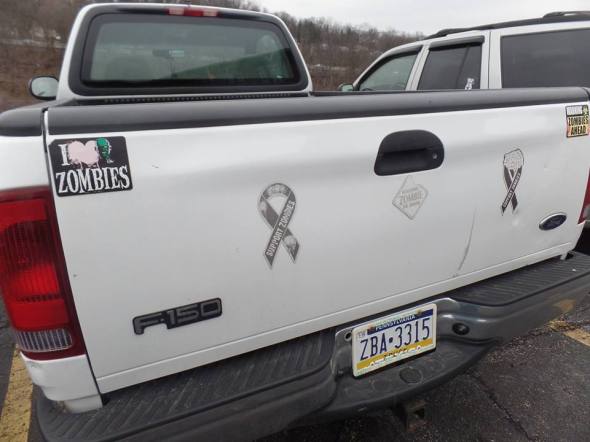 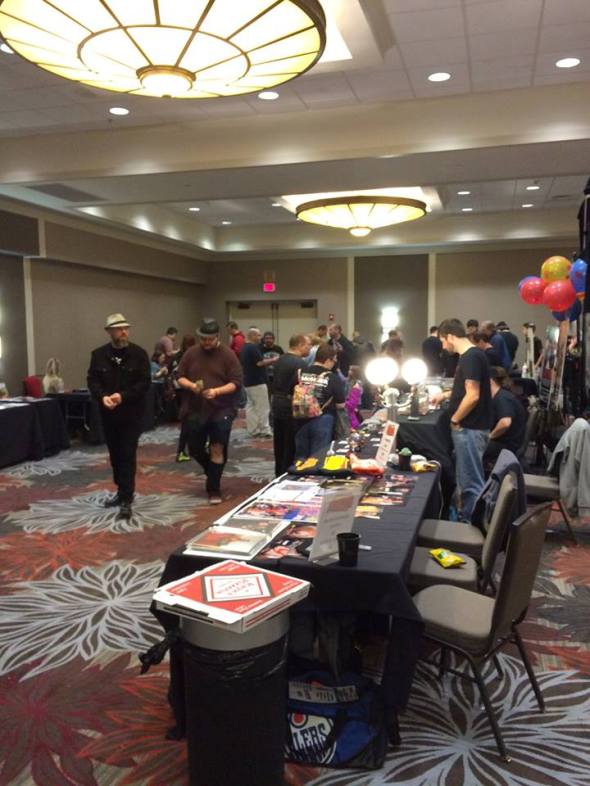 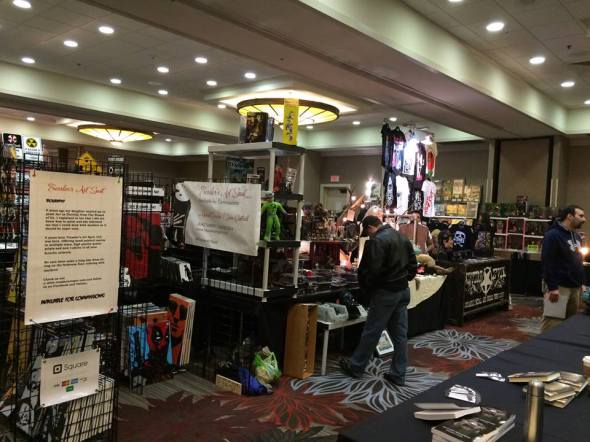 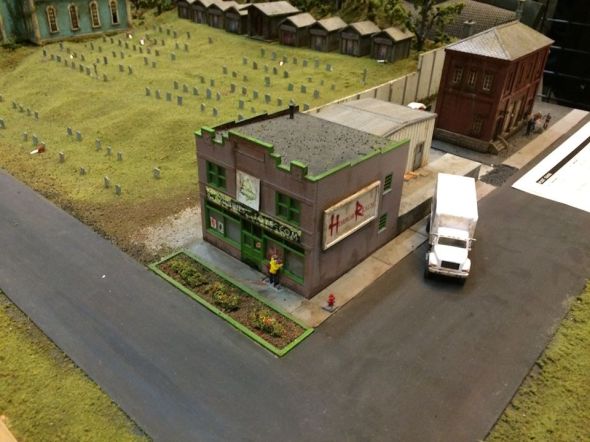 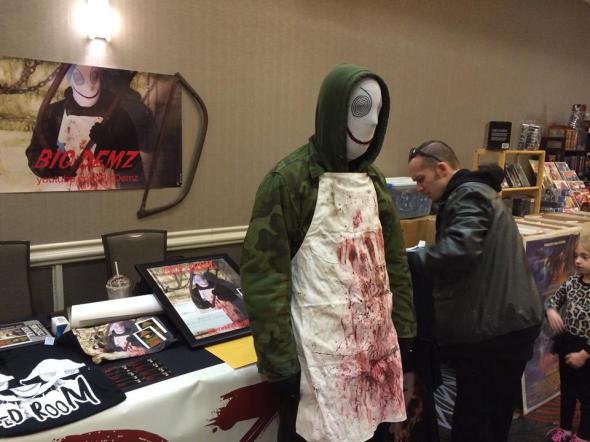 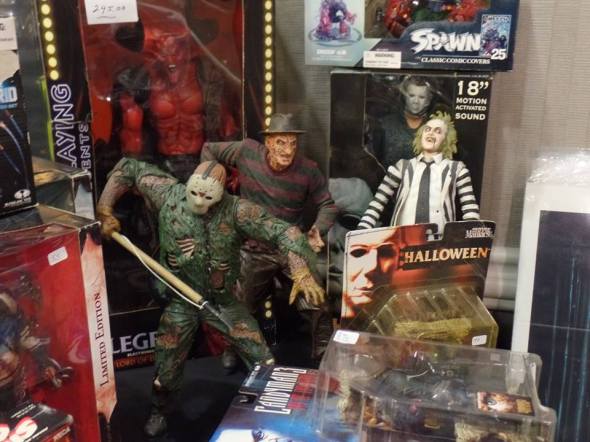 And don’t forget to check out Kreepy Kastle for pictures and videos from The Ghoul’s 40th Anniversary party!

This entry was posted on March 7, 2016 by mathias42. It was filed under autogrpahs, Horror, Horror Convention, Horror Movies, Uncategorized and was tagged with Adam Green's Scary Sleepover, Cinema Wasteland, Days of the Dead, Felissa Rose, Horror Relm, Nightmare on Elm Street, Return of the Living Dead, Spookies.